All is forgiven! England’s Phil Foden set to start against Iceland for first time since he was sent home after inviting girls back to team hotel in Reykjavik

Phil Foden’s England redemption will take another big step tonight, with Gareth Southgate set to hand him his first start since being sent home in shame from Iceland.

The Manchester City star will win his third cap, with Southgate giving serious consideration to starting him in a more attacking role at Wembley.

Foden, 20, was given an international reprieve after being excluded from the previous squad due to the fallout when he and Mason Greenwood brought two women back to the team hotel following the win in Iceland in September. 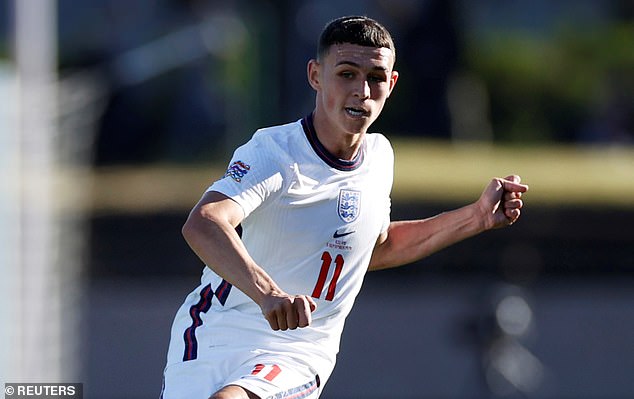 Manchester United forward Greenwood was not named in this squad. Foden came on as a substitute in last week’s friendly win over Republic of Ireland but was an unused substitute against Belgium.

Southgate said: ‘It has been good to have him back this week. I made sure we chatted on the first day and put that behind us immediately.’

Southgate held a team briefing at England’s Pennyhill Park headquarters on Tuesday night but it is understood he stopped short of naming his starting XI and is due to confirm his team selection in a meeting on Wednesday morning.

Ben Chilwell is facing a late fitness test with a back problem. Bukayo Saka and Ainsley Maitland-Niles are in contention to replace him. 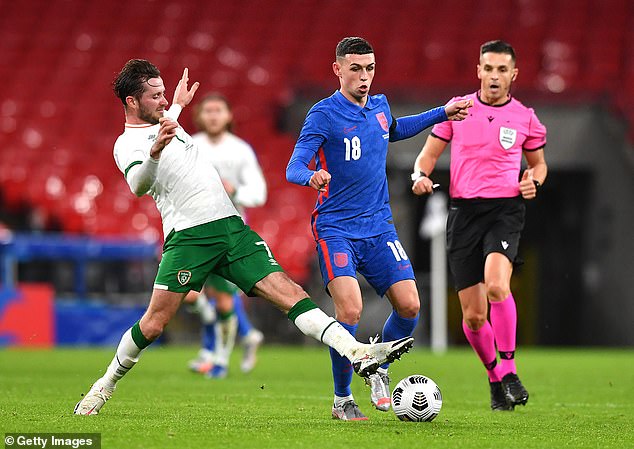