All My Children star John Callahan’s identity was stolen after his sudden death, claims Eva LaRue

All My Children star John Callahan’s identity has been stolen by burglars who took his car and laptop after his sudden death in March, says his ex-wife.

Eva LaRue, 53, said her former husband’s home in Palm Desert, California, was broken into shortly after he died on March 28 from a ‘massive stroke’.

She told Fox News: ‘They have been taking out loans and credit cards in his name and they’ve siphoned money out of his bank account.’

LaRue said she had since been sent in circles trying to stop the burglars continuing to steal money. 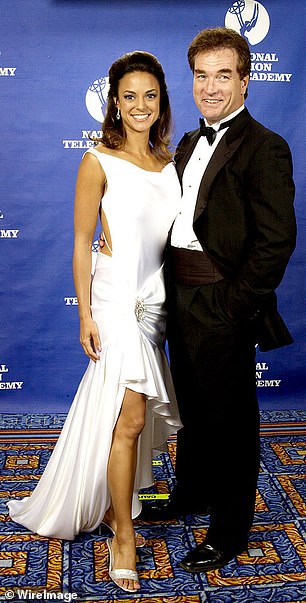 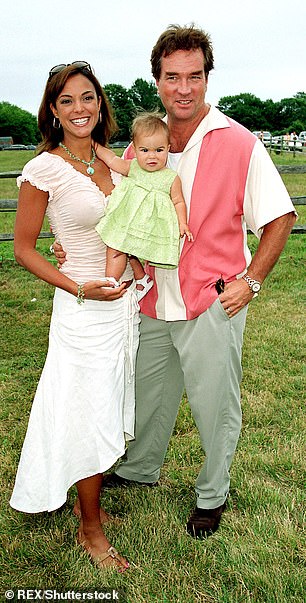 Eva LaRue, 53, said her former husband’s home was broken into shortly after he died on March 28 from a stroke

‘It’s been a nightmare. Every phone call that we make to try to fix the situation is just insane,’ she added.

She said the culprits would eventually be caught because ‘wagons’ were circling around them.

LaRue, who was married to Callahan from 1996 to 2004, described grieving for her ex-husband as a ‘rollercoaster’ in the interview published on Tuesday.

She played Callahan’s love interest on ABC’s All My Children from 1992 to 2005 and the couple shared a daughter, Kaya, 18.

It comes after it was revealed LaRue adopted Callahan’s dog weeks after he died when she took to her Instagram in April to share a selfie with her new pup. 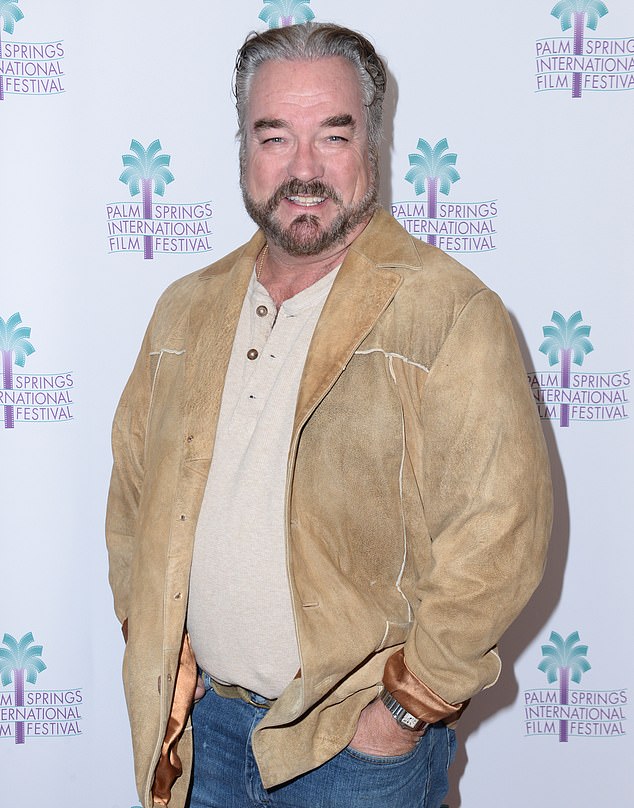 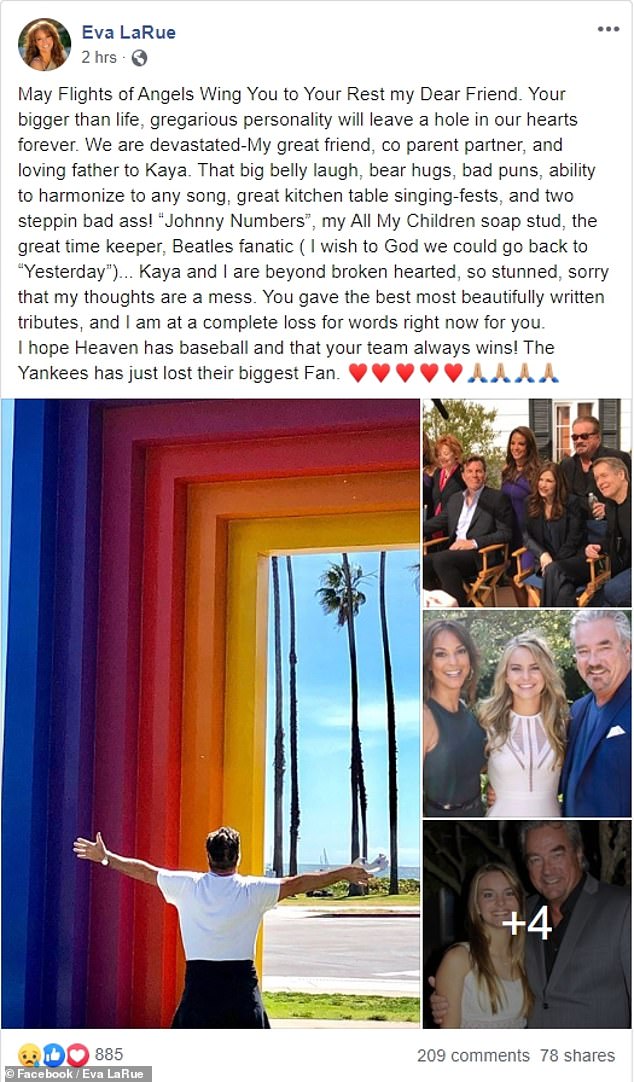 Callahan’s rep shared that the actor’s death is unrelated to COVID-19, but did state that only a few loved ones were able to see him for a short time given restrictions put on hospitals during the pandemic. Pictured, his ex-wife’s tribute

She captioned the image:  ‘Welcome to the family Cali! Wasn’t looking to add another thing that poops to the household, but she was John’s baby, and I know she’ll be just what God ordered to help us heal and vice versa [angel and heart emoji]. 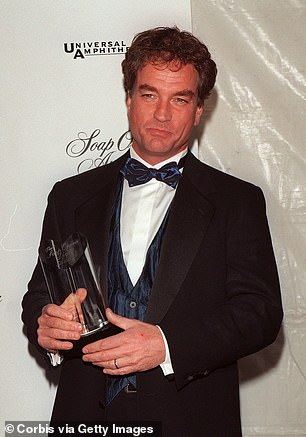 Callahan, from Brooklyn, New York, played Edmund Grey on All My Children

Paramedics were called to his home the day before he died and transferred the actor to a hospital in Rancho Mirage where he was put on life support, TMZ reported.

Callahan’s rep shared that the actor’s death is unrelated to COVID-19, but did state that only a few loved ones were able to see him for a short time given restrictions put on hospitals during the pandemic.

‘We are extremely saddened and distraught over the loss of John,’ said Eva.

‘He was my great friend, co-parent and an amazing father to Kaya. The absence of his bigger than life, gregarious personality will leave a hole in our hearts forever. Words cannot express the shock and devastation we are feeling at this time. The Yankees just lost one of their greatest fans.’

La Rue took to her social media pages to share some of her favorite photos of the two of them and their family.

‘May Flights of Angels Wing You to Your Rest my Dear Friend,’ the actress said on Instagram. ‘Your bigger than life, gregarious personality will leave a hole in our hearts forever. 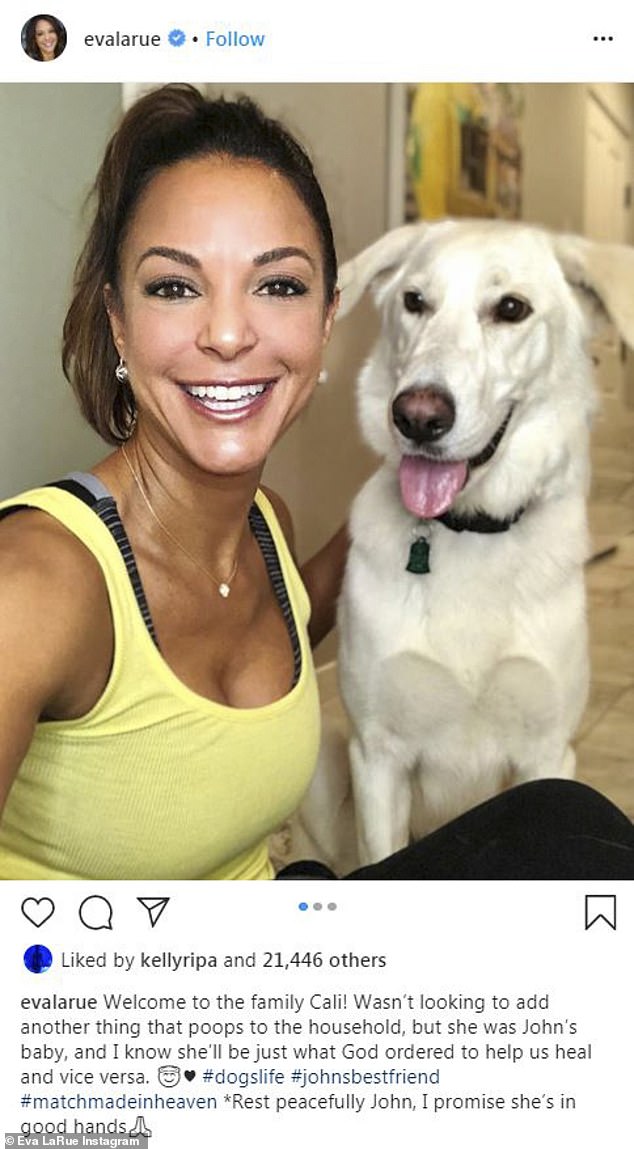 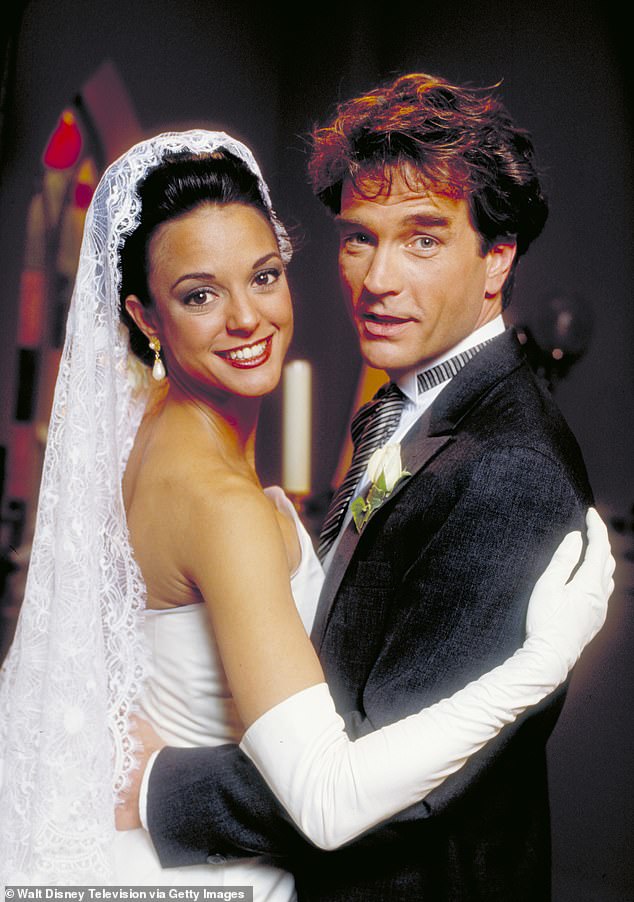 The pair were married from 1996 to 2005. Pictured, their All My Children characters Maria (Eva LaRue) and Edmund (John Callahan) were married on March 11, 1994 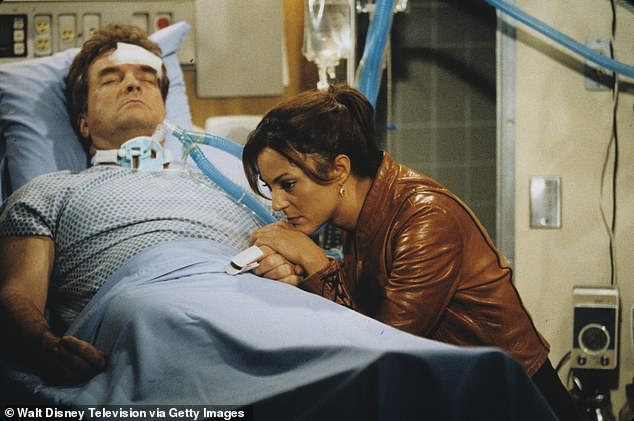 ‘We are devastated-My great friend, co parent partner, and loving father to Kaya.

‘That big belly laugh, bear hugs, bad puns, ability to harmonize to any song, great kitchen table singing-fests, and two steppin bad a*s! “Johnny Numbers”, my All My Children soap stud, the great time keeper, Beatles fanatic ( I wish to God we could go back to “Yesterday”)…

‘Kaya and I are beyond broken hearted, so stunned, sorry that my thoughts are a mess. You gave the best most beautifully written tributes, and I am at a complete loss for words right now for you.

‘I hope Heaven has baseball and that your team always wins! The Yankees has just lost their biggest Fan.

Callahan, from Brooklyn, New York, portrayed Edmund Grey on the hit soap opera from 1992 until 2005. 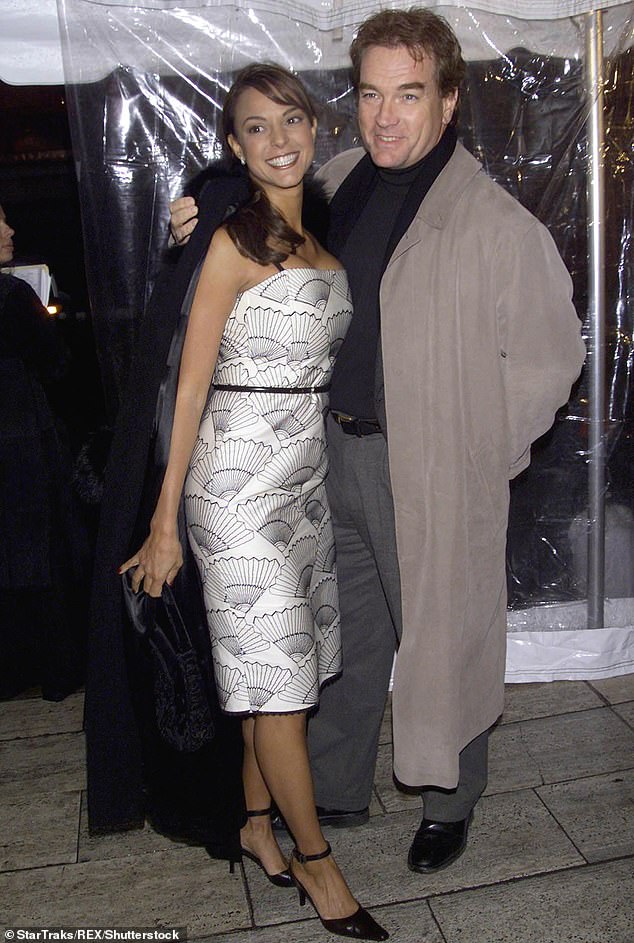 In 1998, he was awarded the Outstanding Best Actor award from the Soap Opera Digest Awards.

The actor also appeared on ‘Days of Our Lives’ and ‘Santa Barbara.’ In total, Callahan had 34 credits to his name.

‘We’re devastated to share that John Callahan passed away earlier today,’ the DayTime Emmys on Twitter. ‘Sending our deepest condolences to Eva La Rue and all his loved ones.’

‘Very sorry to hear about the passing of my scene partner #johncallahan from back on #AMC Always ready with a fun story or joke, a true Irishman,’ added Finola Hughes. ‘Sending love to #evalarue & his beautiful daughter Kaya Red heart rip #johncallahan.’

Cady McClain added: ‘So sorry to hear if the passing of the man I called “Callahan.” He was a remarkable person. Funny, silly, fun. My heart goes out to his daughter and partner in parenting, Eva la Rue.’