ESPN.com users filled out around 17.3 million NCAA Tournament Brackets, but for all of the possibilities forecast by college basketball fans, not one survived the wildly unpredictable opening weekend to March Madness.

For starters, only 3.4 percent of the participants in ESPN’s Tournament Challenge correctly predicted that the University of Maryland Baltimore County would become the first 16th seed in the history of the men’s tournament to upset a top seed.

And things didn’t get any more predictable after the Retrievers shocked Virginia on Friday. 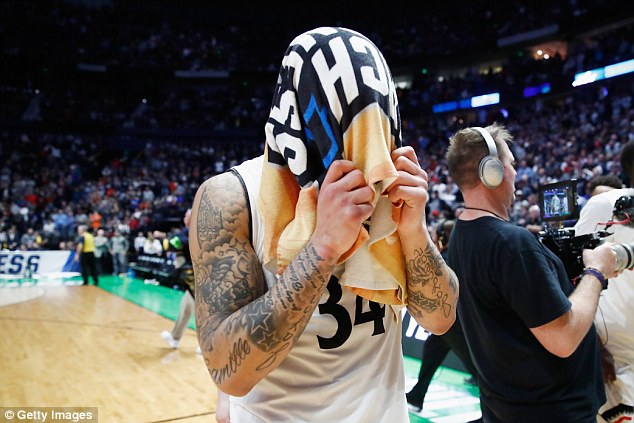 Another top seed, Xavier, fell to Florida State while the Musketeers’ cross-town rival, the second-seeded Cincinnati Bearcats, blew a 22-point lead to Nevada on Sunday.

In fact, for the first time since 2004 and the fifth time in tournament history, half of the four 1-seeds and 2-seeds were all eliminated before the Sweet 16, which begins Thursday.

Other tournament contenders such as fourth-seeded Arizona and third-seeded Michigan State fell to New York state underdogs Buffalo and Syracuse.

What’s more, underdogs won seven consecutive games outright at one point and the entire South region is left without a top-four seed. 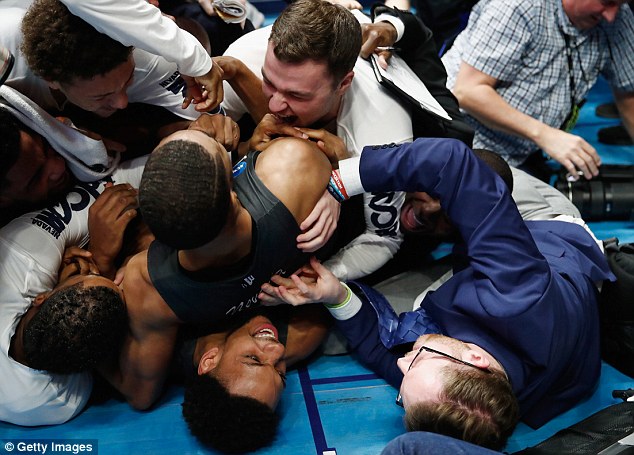 According to Variety, only three entries out of the 17.3 million managed to pick 15 of the 16 teams in the upcoming Sweet 16.

‘It’s what makes March Madness special and it kills the coaches because it’s so hard and you think you have a great team,’ Kansas State coach Bruce Weber said. ‘It’s March Madness and you never know what’s going to happen.’

Loyola-Chicago won two thrillers to get to the Sweet 16, making a social media star out of their 98-year-old chaplain, Sister Jean. And then the telegenic nun who provides her own scouting reports to players got overshadowed by the ultimate Cinderella team.

The Retrievers’ run came to an end on Sunday night in a 50-43 loss to ninth-seeded Kansas State, but not before tattooing a lasting imprint on American sports, drawing attention from stars of the NFL, NBA and Twitch – and love from underdogs everywhere.

‘We put our name on the map. We (gave) hope to teams that come to the tournament with lower seeds,’ guard K.J. Maura said. 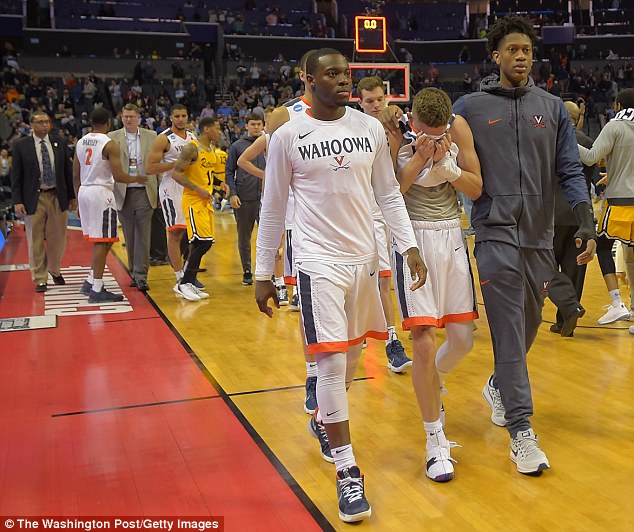 UMBC’s success story contributed to the messy, unprecedentedly jumbled bracket in the South Region, where the highest-remaining seed is No. 5 Kentucky. It’s the first time in tourney history that a regional semifinal will be held without a top 4 seed, according to the NCAA.

The way reigning champion North Carolina got bounced from the tournament in an 86-65 loss to Texas A&M might have been the top storyline on any other tournament day. It left coach Roy Williams with the most lopsided tournament loss of his Hall of Fame career.

It was also the second straight year the titleholder lost before the Sweet 16. And it happened in UNC-friendly territory in Charlotte, North Carolina, where the Tar Heels hadn’t lost a tourney game since 1979.

‘I didn’t picture it ending it like this,’ said Williams with his players sitting nearby. ‘I pictured it ending with these guys having a huge smile on their face, but that’s not college basketball.’ 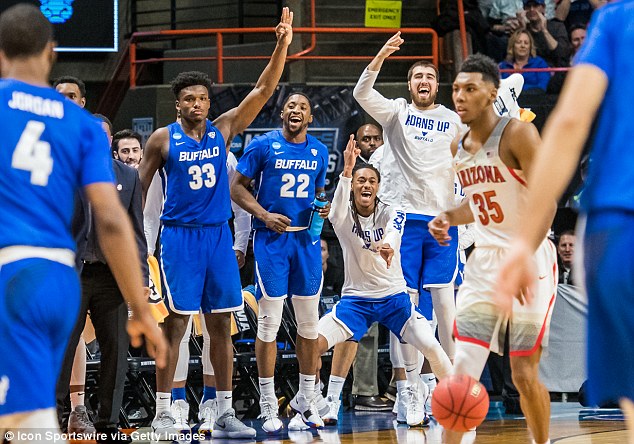