All out (when they should be IN)! Moment cricketers flee as police catch them mid-game

This is the moment a group of cricketers fled from police after being caught mid-game as some Britons continued to flout the coronavirus lockdown – including by surfing, sunbathing and walking around on stilts.

Shocking footage shows up to 30 men running away from Chandos Recreation Ground in Kensal Green, north London, shortly after officers pulled up to order them to go home.

In Richmond, west London, a woman was arrested for refusing to move from a park bench after telling officers she was ‘exercising [her] mind’ as sunbathers continued to visit beaches and parks.

Meanwhile, in Tenby, west Wales, a selfish surfer had to be rescued by an RNLI lifeboat after getting into trouble at sea before being spotted by a group of fishermen.

Today, the number of UK coronavirus deaths hit 7,095 with 55,242 confirmed cases, as Boris Johnson remained in intensive care and a proposed review of the lockdown next week was postponed.

A traffic policeman orders a couple to leave the beach today in Hastings, East Sussex, where they were sitting on the pebbles in violation of lockdown regulations 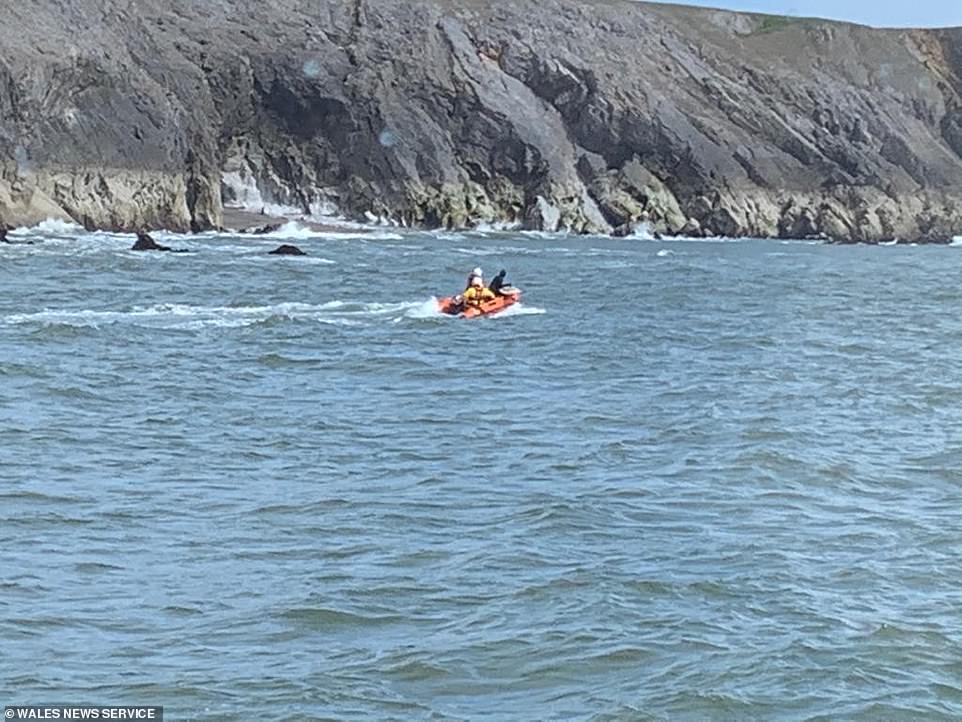 Today in Tenby, West Wales, a selfish surfer had to be rescued by an RNLI lifeboat after getting into trouble at sea and being spotted by some fishermen 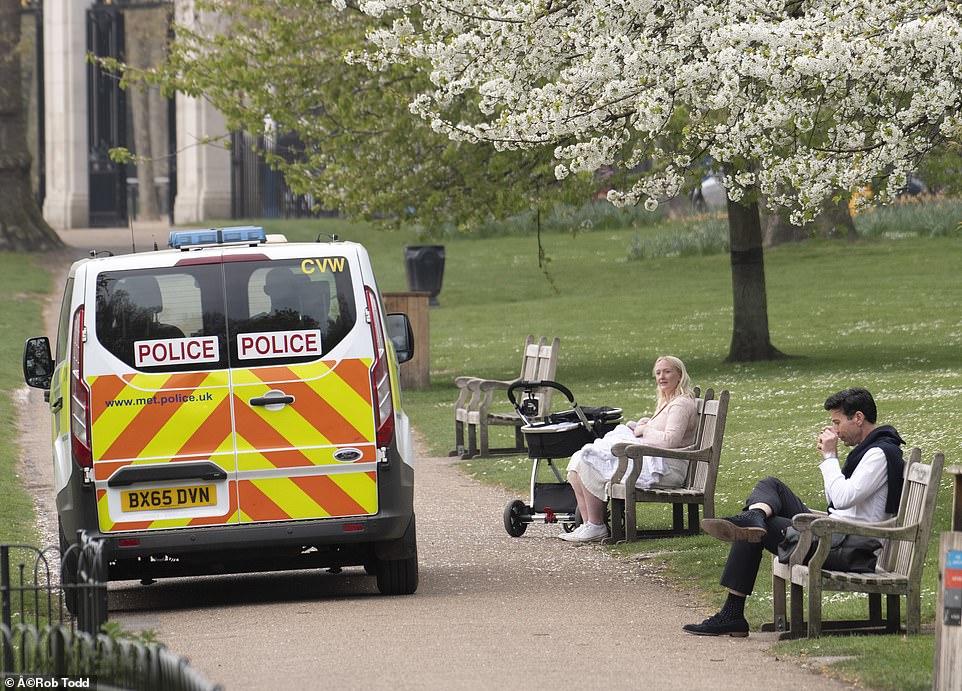 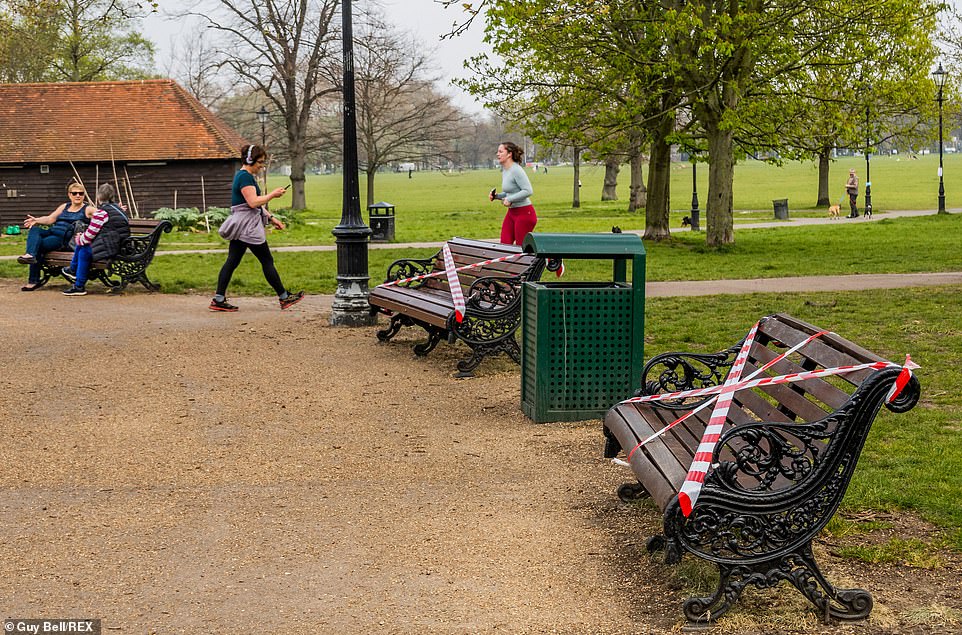 Kensal Green Police shared the video of fleeing cricketers on Twitter, where they wrote: ‘Officers were tasked to deal with people not following government rules.

‘What we found in Chandos Recreation Ground NW9 is ridiculous!! 20-30 males playing cricket and running away after seeing police.’

Although the vast majority of Britons are obeying the lockdown, sunbathers were seen out and about in open spaces across the country, including in Cannon Hill Park in Birmingham and by the River Trent in Nottingham.

In Manchester, a Twitter user shared a video of a woman walking by a playground on stilts.

Officers were seen on patrols to enforce the lockdown, a day after Met Police commissioner Cressida Dick warned that anyone caught lounging around in parks would be forced to move on.

In Hastings, East Sussex, a traffic policeman confronted a couple sitting down by the pebbles, while in the wealthy London suburb of Richmond, officers arrested a woman for refusing to move on from a park bench – telling officers she was ‘exercising her mind’.

The time waster plonked herself down on a seat by the River Thames yesterday and refused to get up before she had seen the sun set – despite being warned to move on by two police.

And when challenged she spent almost 15 minutes arguing that she had every lawful right to sit around rather than being at home. 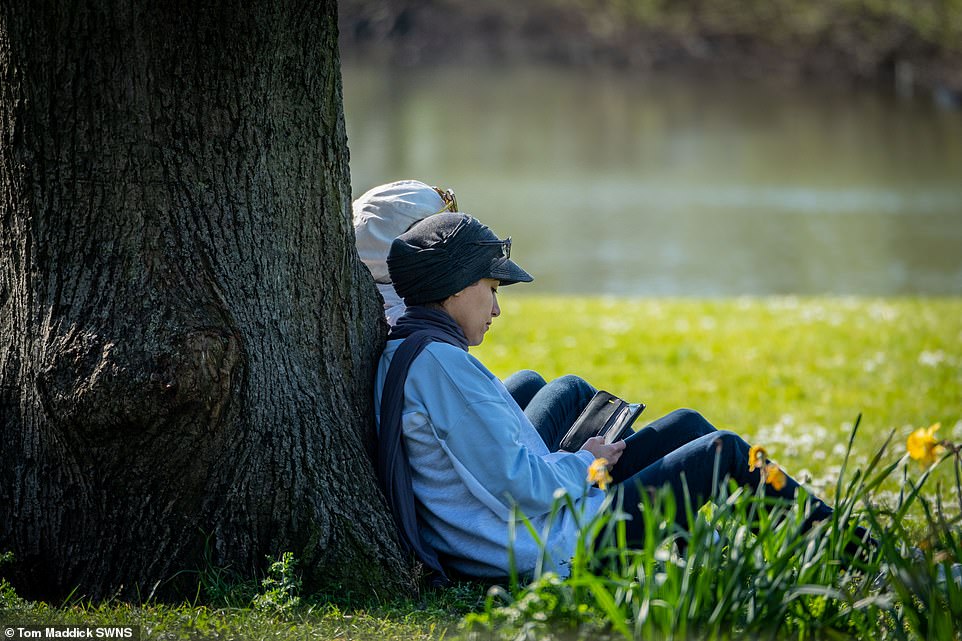 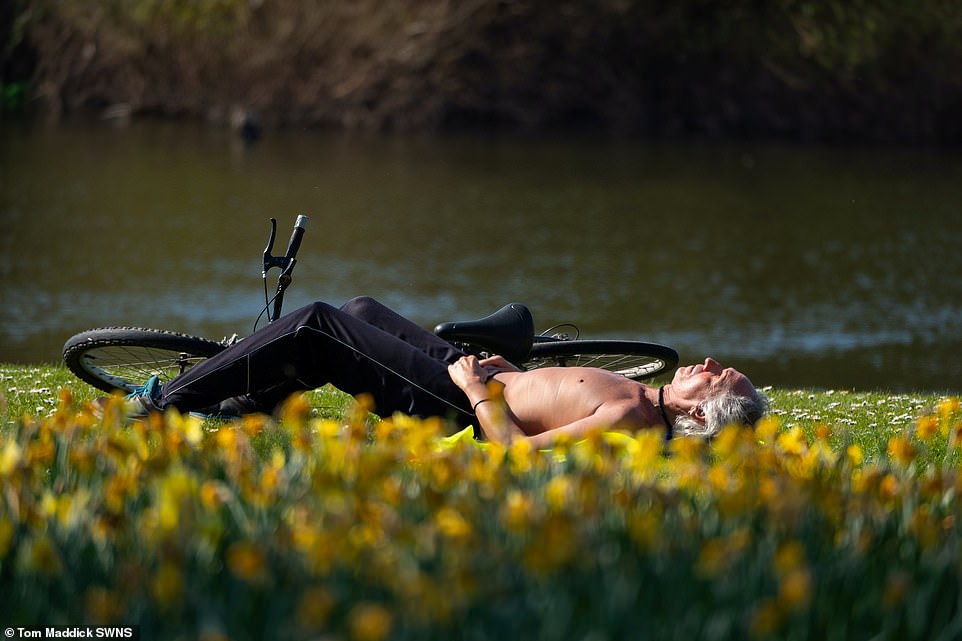 On Monday, Downing Street confirmed that people sunbathing outside could be fined. Pictured is a man by the River Trent in Nottingham 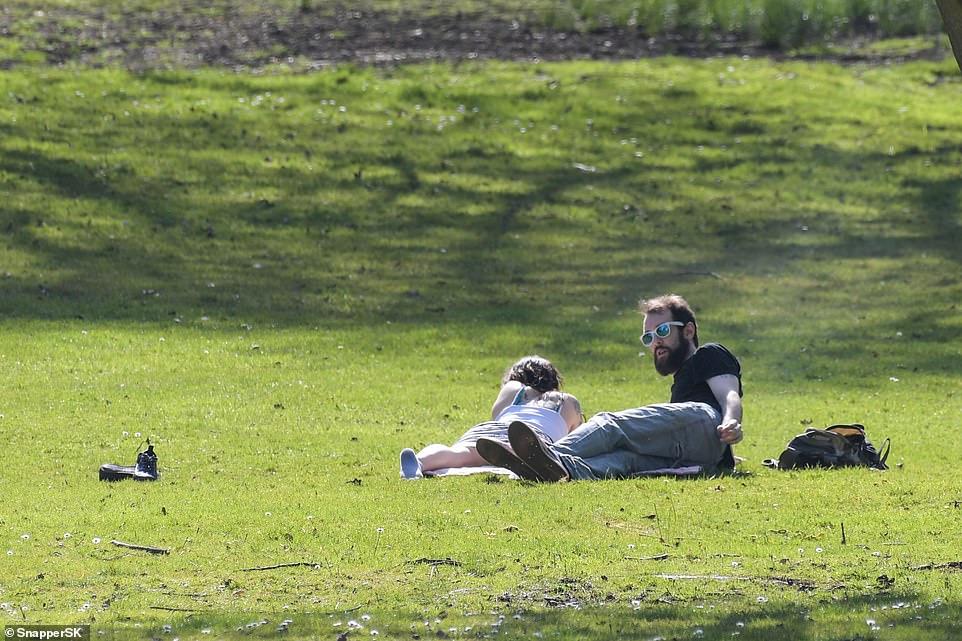 A couple sunbathing in Cannon Hill Park, Birmingham, where police were on patrol today to urge anyone not doing essential exercise to move on 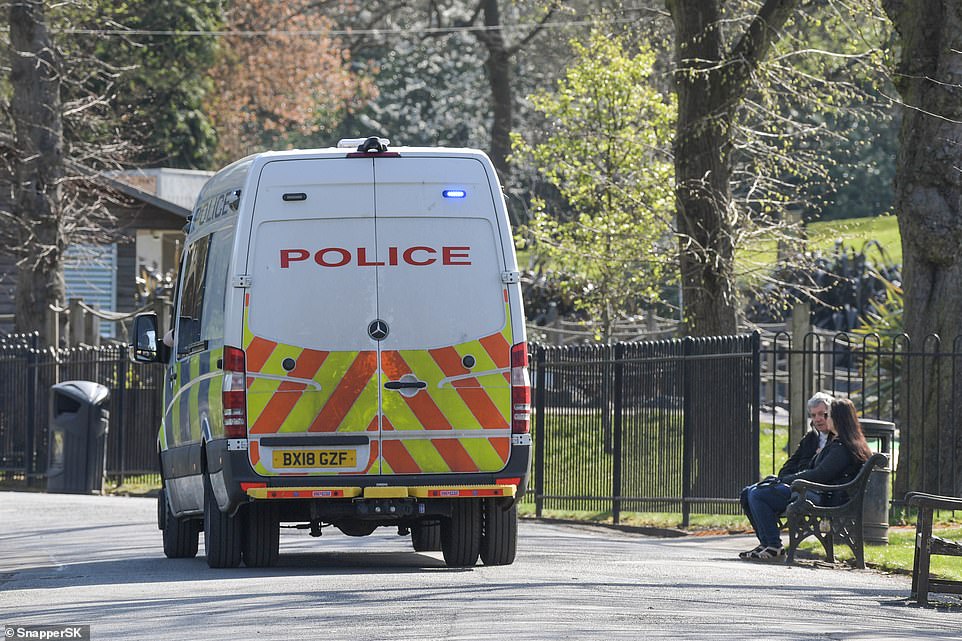 A police van passes two people sitting on a bench in Cannon Hill Park amid efforts to enforce the lockdown, which most Britons have abided by 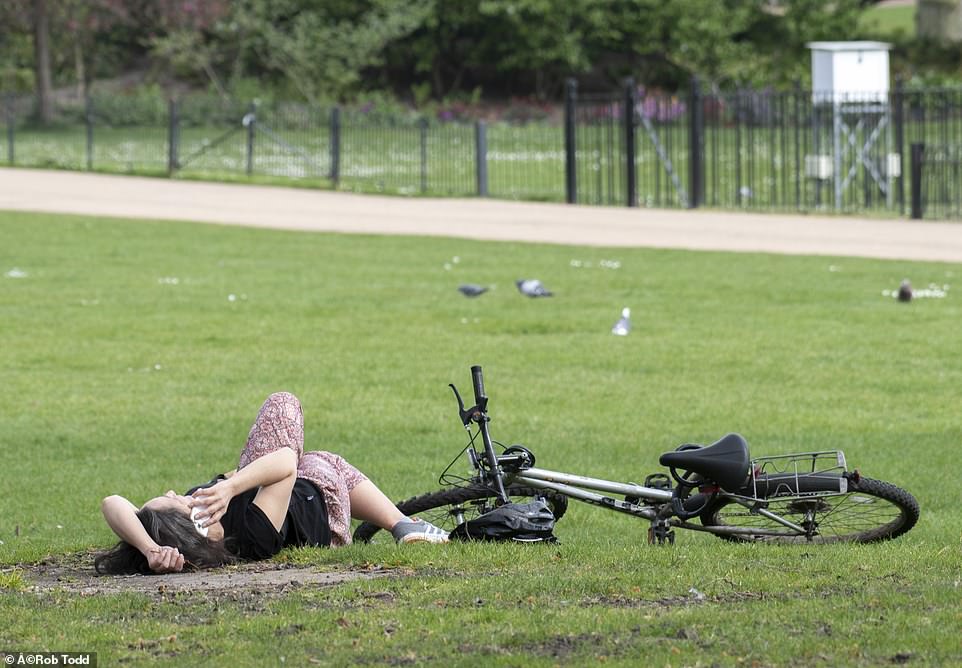 A woman lying down on the grass in St James’ Park today while taking a call. Police are patrolling some green spaces to urge people who are not exercising to leave 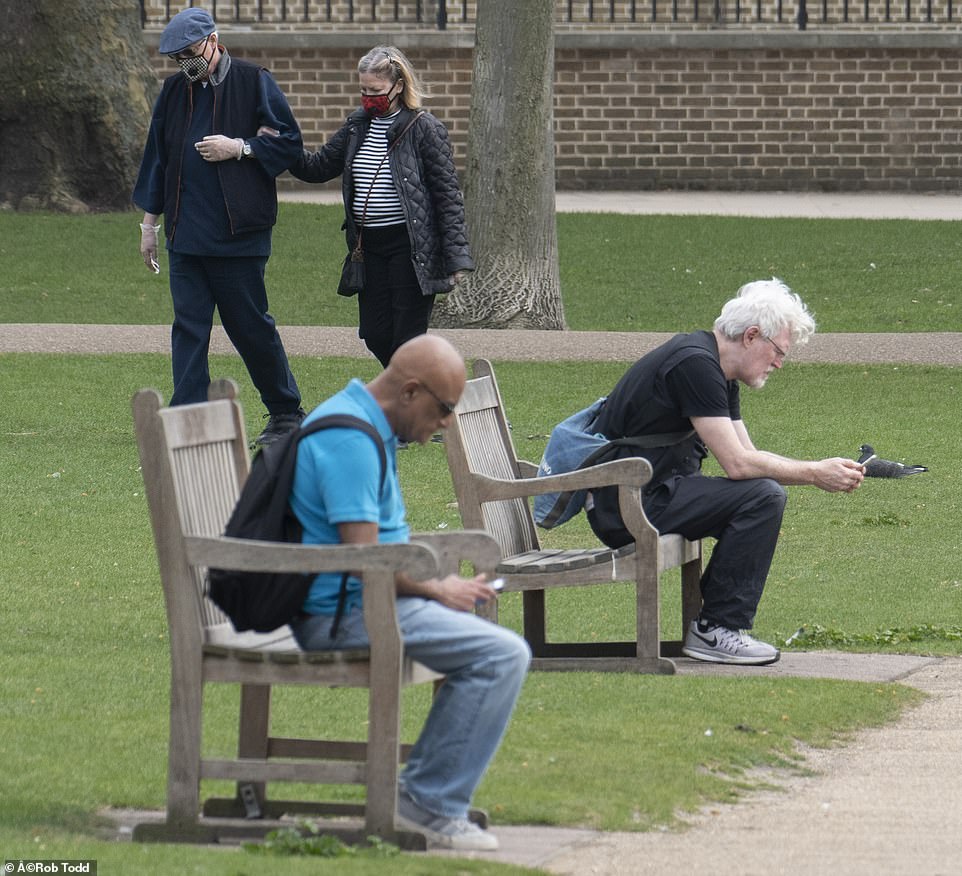 A couple exercising in facemasks pass in the background as two men sit on benches today in St James’ Park, central London

Downing Street today confirmed the draconian lockdown restrictions will not be reconsidered on Monday as scheduled, with warnings the peak of the outbreak might not come for another week and a half.

The World Health Organisation has also offered a dire warning about the ‘dangerous’ consequences of easing restrictions too early.

However, ministers have suggested they are keen for schools to reopen after Easter if the situation does stabilise, with claims they have little impact on the spread and could help revive the crippled economy.

Boris Johnson is ‘stable’ after a second night in intensive care, with his fever said to have dipped as he remains under constant observation at St Thomas’ in central London. 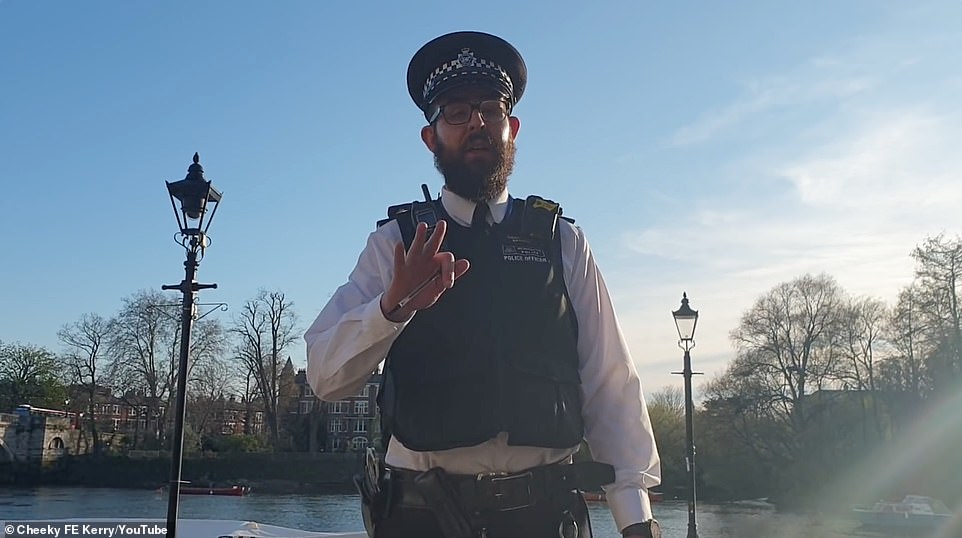 In Richmond, west London, an officer (pictured) arrested a woman today after she refused to leave a bench by the River Thames because she was ‘exercising [her] mind’ 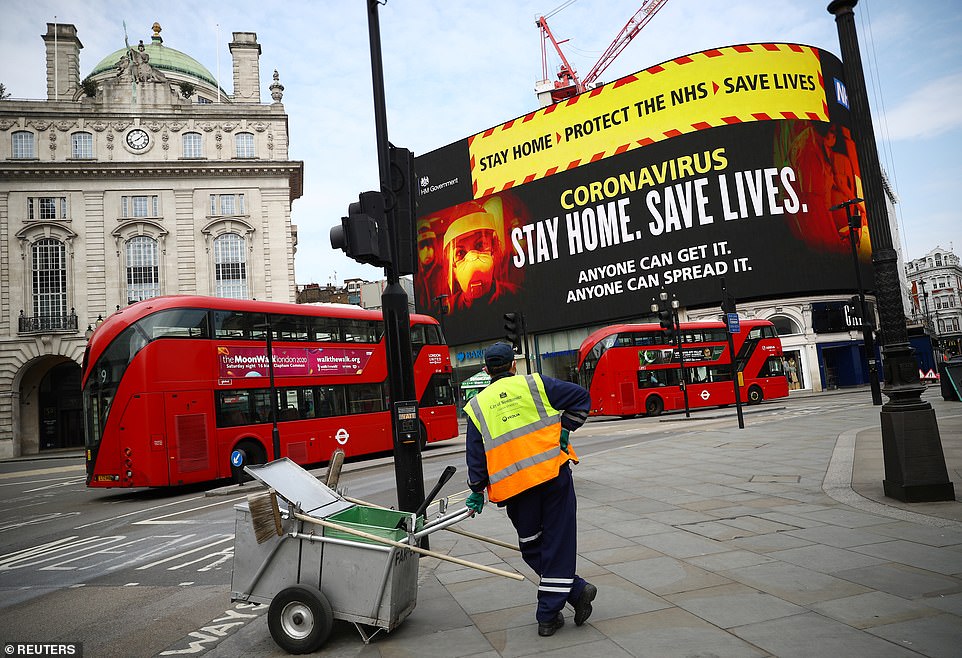 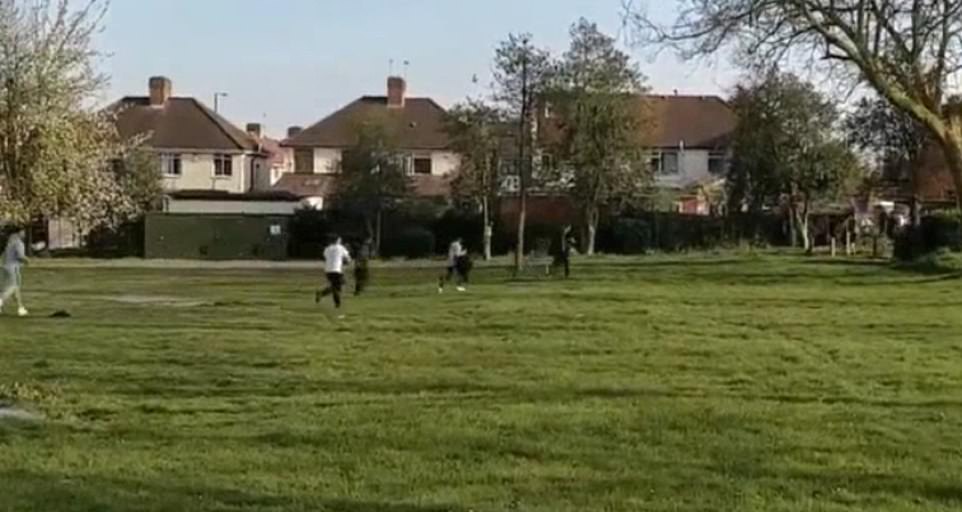 Shocking footage showing up to 30 men running away from Chandos Recreation Ground in Kensal Green, north London,  shortly after police pulled up to order them to go home 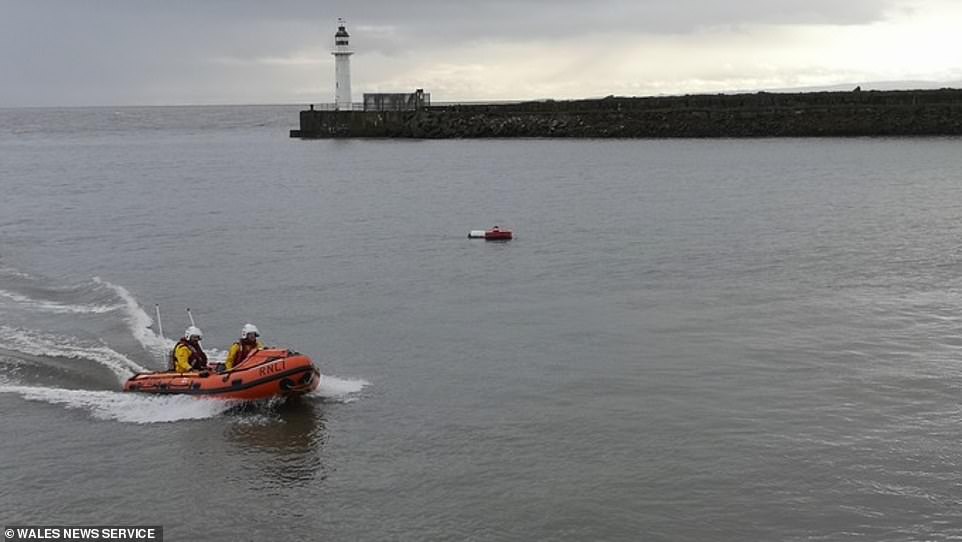 An RNLI team returning from Sully Island in Tenby, west Wales, where they have been called 3 times to people stranded after walking to the island and getting trapped in the high tide. An RNLI spokesman said: ‘At a time when emergency services are already stretched we ask everyone to follow government advice about leaving home to exercise’

Yesterday, Dame Cressida vowed to continue enforcing the restrictions, saying: ‘The new restrictions are obviously difficult for some members of the public to get used to. It’s extremely important that we all do try to comply with them and we in the police of course have our part to play.

‘We will always try to advise people to explain, to encourage people to comply and if necessary to move on, not to stop and sunbathe – that’s not exercising or travelling to work or shopping.

‘If we have to we will be very firm in that, if somebody completely refuses – but this is an absolute last resort – it will result in enforcement.

‘I think the vast majority of the public expect us to do that but the tradition of the Met is always to start by advising people.’

She declined to comment on whether tighter restrictions were needed, but said: ‘The Met will stand by and be ready to assist whichever direction they go in whenever that is. 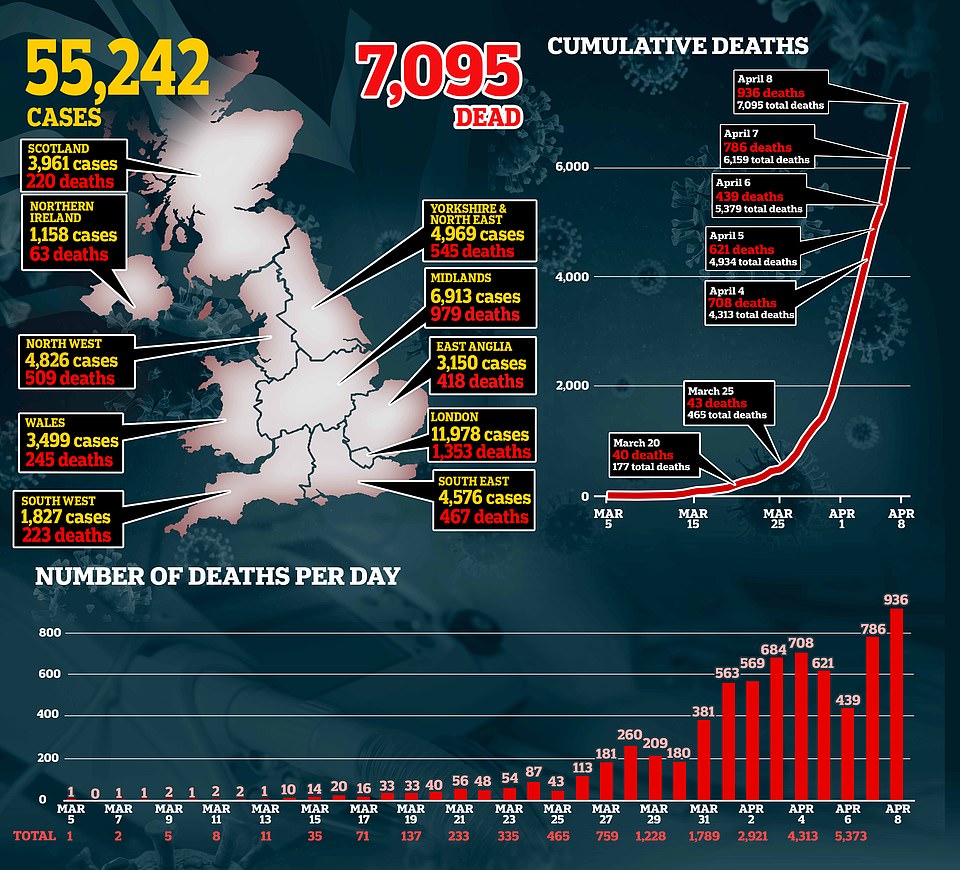