All residents in Sydney apartment tower have 24 hours to move

All residents in Sydney’s Opal Tower are being evacuated for the second time in three days – and have just 24 hours to leave following fears the 38-storey building could collapse.

People living in the $165million high-rise apartment at Olympic Park, in the city’s west, have been sent a message from builder Icon Construction, advising them they would have to leave.

In a joint message with developer Ecove, residents were told on Thursday afternoon they would be ‘progressively relocating residents over the coming 24 hours’ and kept away for ten days.

On Christmas Eve, as many as 3,000 residents from the Opal Tower and surrounding streets were evacuated and made to sleep at nearby Sydney Olympic Park or with friends.

Icon Construction sent residents a message on Thursday afternoon they would have to be evacuated to ‘enable comprehensive investigations to continue into the cracking of a pre-cast panel that occurred on Christmas Eve’.

‘Residents are being warned this may take ten days,’ it said.

Accommodation is being sought for the residents, three days after they were forced to leave the $165 million building near the Olympic Park train station, which opened in August 2018. 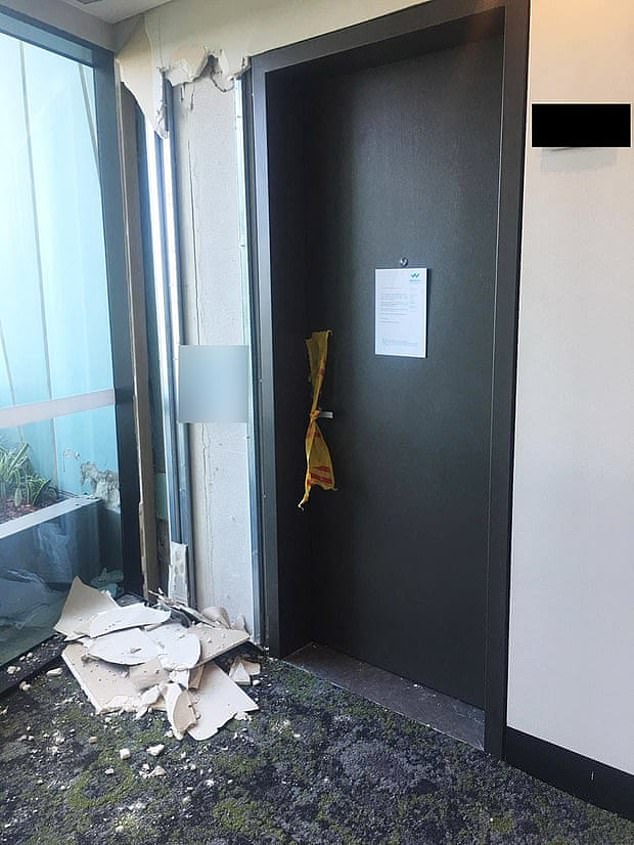 A shocking photo from inside the building showed a plaster wall collapsed in a heap and a crack down the length of the wall. Yellow tape was on the door handle

A shocking photograph, taken on level ten, showed a collapsed plaster wall and a crack down the full length of the wall.

Yellow tape was also placed on the handle.