They’re some of the biggest Australian names on the planet.

Now, Margot Robbie, Isla Fisher, Ruby Rose, Russell Crowe and Liam Hemsworth have all been confirmed as stars in the new Dundee film.

Despite the stellar cast, the ‘film’ won’t be shown in cinemas after it was revealed to be a Superbowl commercial promoting Australia tourism.

Is this the biggest star-studded cast ever? Margot Robbie, Isla Fisher, Chris and Liam Hemsworth, Ruby Rose and Russell Crowe all CONFIRMED as stars in new Dundee Superbowl commercial

Not that it makes the clip any less entertaining.

Dundee: The Son Of A Legend Returns Home was revealed with a stream of trailers starring Danny McBride as Dundee’s long-lost son returning to Australia to find his father.

In the latest trailer, a fresh-faced looking Margot, whose name is later revealed to be Lil’ Donk, can be seen hurtling an unknown man across a bar and into a table before yelling ‘nobody talks about Mick like that’.

The 27-year-old, who is wearing a white single and khaki-shorts, is of course referring to Mick Dundee, the hero of the original Crocodile Dundee franchise.

She’s later seen in the clip brandishing what appears to be a large knife and leading a cheer of ‘free beer’ while banging her schooner on the bar.

Former Home and Away star Isla Fisher also makes a cameo appearance in the trailer as a vet, who attempts to communicate with a joey. 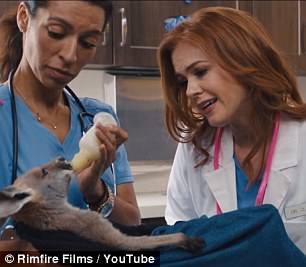 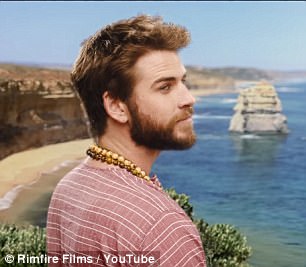 All star cast: Isla Fisher (right) and Liam Hemsworth have also been confirmed as stars in the ‘film’ which is actually a Superbowl commercial paid for by Tourism Australia 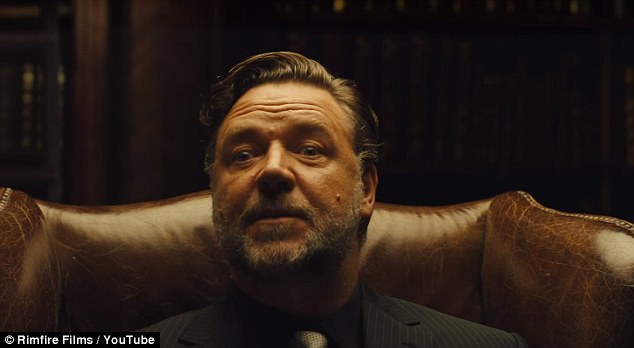 Who’s looking at you: The film’s villain appears in the shape of Russell Crowe (seen), who plays J.P. Steele, an ominous newspaper magnate who warns that ‘Dundee is gonna learn who the most dangerous animal in Australia is – it’s me’

‘Speak to me, little guy,’ the redhead can be seen urging the animal who is being cared for in a vet hospital.

Liam Hemsworth also joins his brother Chris in the trailer, playing Wes Windsong, who attempts to explain to Brian what it’s like to watch a humpback whale give birth.

‘It’s a bloodbath,’ he says casually.

The film’s villain appears in the shape of Russell Crowe, who plays J.P. Steele, an ominous newspaper magnate who warns that ‘Dundee is gonna learn who the most dangerous animal in Australia is – it’s me’ 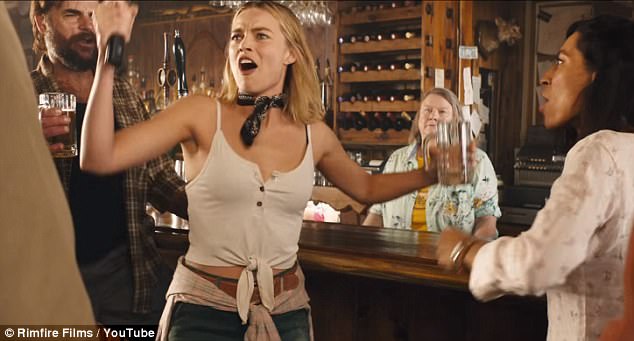 ‘Free beer’: Margot Robbie is later seen in the clip leading a chorus calling for ‘free beer’ in a local pub 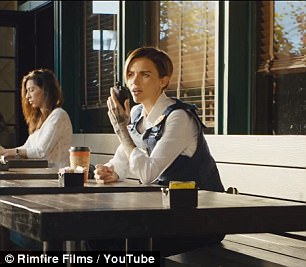 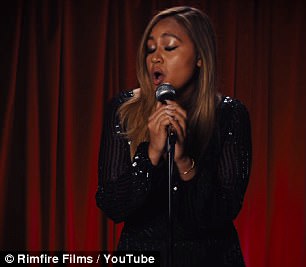 That’s not a knife! Ruby Rose (left) and Jessica Mauboy (right) also make fleeting cameos in the trailer, with Ruby playing a police chief while Jessica takes centre stage to belt out a tune at the end.

His father’s son: Danny McBride (right) stars opposite Chris Hemsworth (left) as the US born son of Mick Dundee

Ruby Rose and Jessica Mauboy also make fleeting cameos in the trailer, with Ruby playing a police chief while Jessica takes centre stage to belt out a tune at the end.

The original Crocodile Dundee film was released in 1986 and made Paul Hogan into an international star, raking in $328 million at the U.S. box office.

The star-studded Dundee: The Son Of A Legend Returns Home ad will debut during the Superbowl on Sunday, February 4.

if social media predictions are true it could be one of Tourism Australia’s most expensive single ads ever.

The Daily Telegraph reported last week that a sought after commercial slot during the football game would cost around $6.23 million (USD $5 million).

That would cost Australian taxpayers $207,000 per second for a 30 second slot during the broadcast.

The eye-watering price tag comes on top of the filming, location, and cast costs such an ad would entail.