A gang of women believed to be behind dozens of thefts across Georgia and Florida have been arrested 600 miles away.

Three women, nicknamed the ‘Felony Lane Gang’ were pulled over in a rental car after driving at ‘excessive speed’ down an interstate road outside of Indianapolis.

Amber Dunlap, 27, Tiphanie Sager, 26, and Toni Huizar, 23, were found to have a ‘substantial amount of credit cards, check books, social security cards and identification cards’ in the boot of their Nissan car belonging to other people.

The trio have warrants for their arrest over crimes committed in several Georgia counties in the last month.

Car break-ins have been reported in parks and at gyms, across Newton County, Gwinnett County, Clarke County and possibly Florida, a Covington Police Department spokesperson said.

The group had typically used rental cars to commit the offences, Indian state police were told.

The trio taunted police in a social media post that read ‘Do ya job (expletive)’. Cops arrested the women on Sunday following a short chase on an interstate highway

Officers said that earlier in February the three women allegedly posted messages on Instagram that read ‘Do ya job [expletive]’.

‘They might be taunting us with what they’re posting on social media,’ Covington Officer Justin Stott told FOX5.

‘With all the active warrants we’ve got on them through all these different jurisdictions, it’s just a matter of time before we get them.’

Cops arrested the three women on Sunday in Indiana after a short chase. 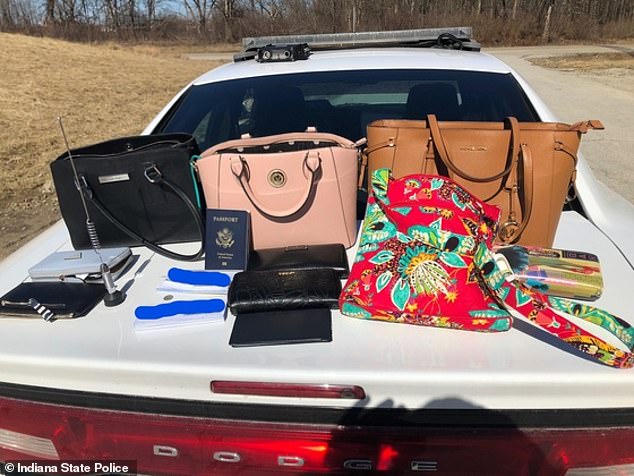 A ‘substantial amount of credit cards, check books, social security cards and identification cards’ were seized from the car which are believed to have come form thefts in Indiana, Georgia and Florida 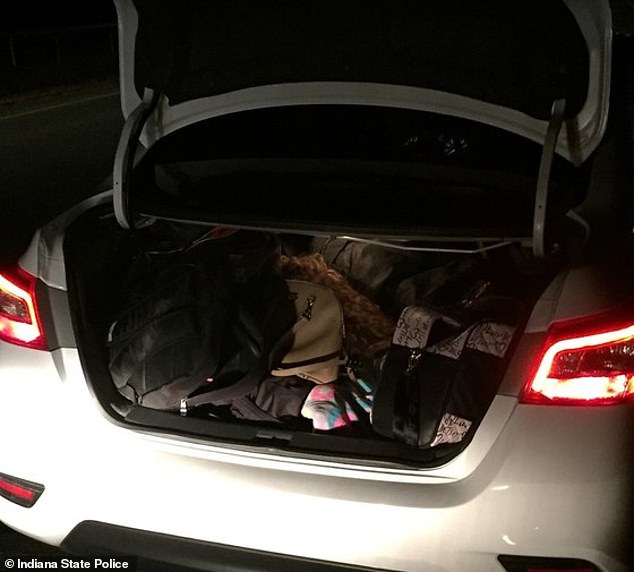 Cops said that the women regularly used rental vehicles, like the Nissan car pictured, to carry out thefts and hold stolen items

A officer tried to pull over their speeding vehicle on the Interstate-70 at around 6pm but the driver tried to get away; they eventually being pulled over in the town of Greenfield.

‘During an inventory of the Nissan, (police found) property belonging to people not in the vehicle and was later determined to be stolen property,’ state police said.

‘The occupants of the vehicle each had several felony warrants from Covington Georgia related to a string of thefts in that area.’

Authorities said that prosecutors in Indiana are reviewing charges related to the chase on Sunday.

Officials believe that following local charges the women will be taken back to Georgia, where they will face a series of criminal allegations.

All three last lived at addresses in Florida, according to a press release.