Atletico Madrid host Juventus on Wednesday night in one of the most intriguing of the Champions League last-16 ties.

The Spanish club, who finished second to Borussia Dortmund in their group, have the enormous incentive that this year’s final will be played in their Wanda Metropolitano stadium on June 1.

But they face formidable opposition in the form of the Italian champions and runaway league leaders, who are hoping to win the trophy for the first time since 1996.

Sportsmail tells you everything you need to know about the match. 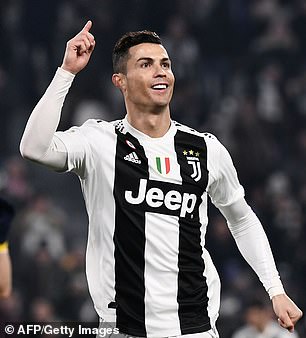 Atletico’s season is going about as well as might be expected. In addition to their Champions League progress, they sit second in the La Liga standings, ahead of their neighbours Real Madrid but still some seven points behind Barcelona.

It would take a Herculean effort from here to claim the title – or a monumental and highly unlikely Barcelona collapse – so attention can be turned to this last-16 tie safe in the knowledge they’ll be in the Champions League again next season.

Their form of late has been mainly positive but a little patchy. They lost 3-1 at home to Real the weekend before last, which was a disappointment, but bounced back to win 1-0 at Rayo Vallecano on Saturday. 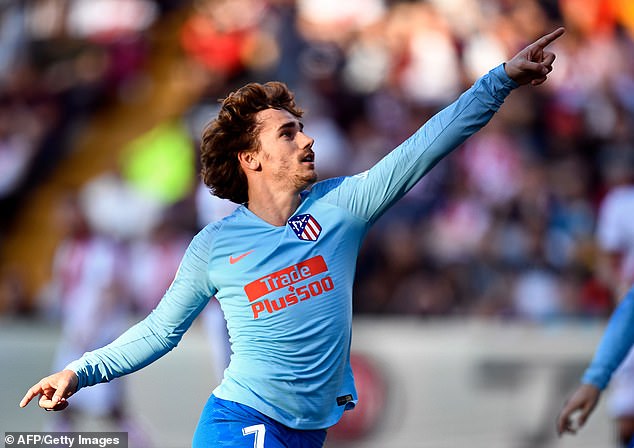 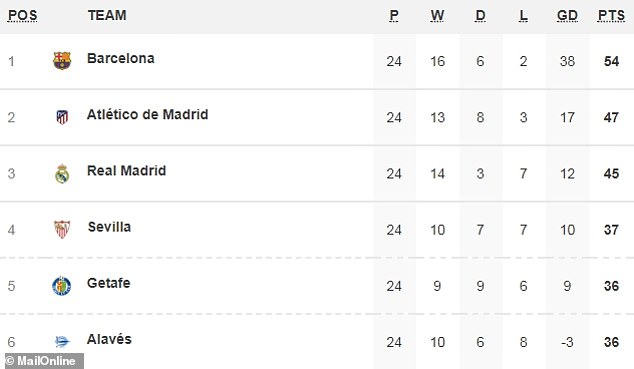 That result, coupled with Real’s surprise loss to Girona, lifted them back above their rivals into second.

As they have a habit of doing, Juventus have established such a commanding lead at the top of Serie A they can completely focus on furthering their European aspirations without worrying about losing ground.

A 35th Scudetto and an eighth title in succession is an odds-on prospect – Juve remain unbeaten in league competition this season and lead Napoli by some 13 points.

Hopes of a Treble ended when Atalanta beat them 3-0 in the Coppa Italia late last month but aspirations of ending their long wait for Champions League glory are very much alive. 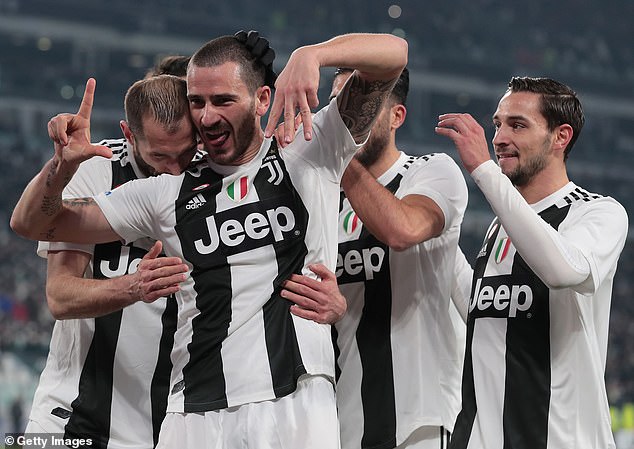 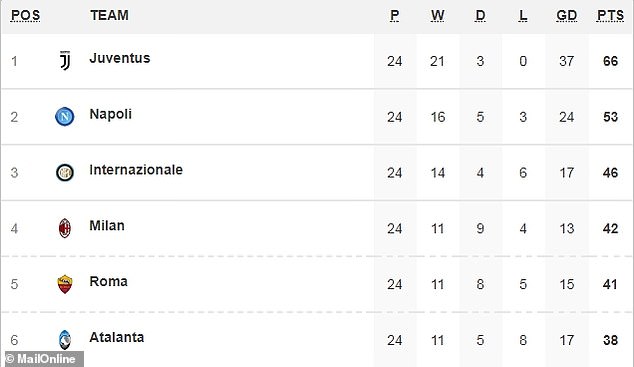 Serie A unless stated

Diego Simeone has performed miracles in European competition as Atletico manager, leading them to two Champions League finals – both lost to Real Madrid – and two UEFA Europa League successes during just over seven years in charge.

They regressed by their own standards last season, finishing third in a tricky group containing Roma and Chelsea, but made amends by going on to win the Europa League, beating Marseille 3-0 in the final.

In this season’s group stage they tied on 13 points with Dortmund but finished second by virtue of their 4-0 loss in Germany on matchday three and that handed them this tricky draw with Juve. 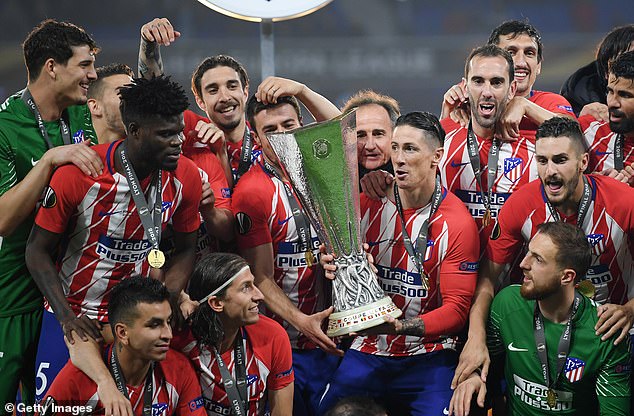 Though they are rightly considered among Europe’s elite clubs, it is now 23 years since Juventus last lifted the Champions League trophy.

The Turin club have been runners-up five times since then, the latest their 4-1 loss to Real Madrid in 2017.

And Real proved their nemesis again last season in the quarter-finals, though it was closer run. Having lost 3-0 in Turin, Juventus led by the same scoreline in the Bernabeu before an extraordinary finish that saw Cristiano Ronaldo score a 98th minute penalty to guide Real through.

This season, they still edged out Manchester United in the group despite losing to Jose Mourinho’s side at home and also to Young Boys on matchday six. 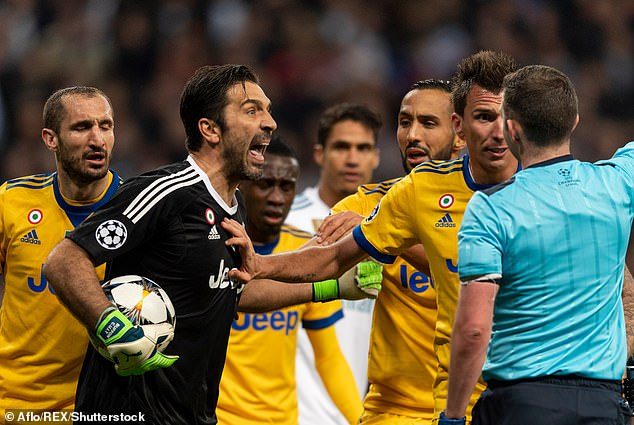 Simeone insisted in his press conference on the eve of this first leg that Atletico were not fixated on Cristiano Ronaldo but privately he must be annoyed to come up against him yet again.

Ronaldo has wrecked Atletico’s dreams in two Champions League finals and has scored 22 goals against them in his career – only Sevilla and Getafe have suffered more at the hands of the Portuguese star.

He has scored three hat-tricks against Atletico, most notably in the 2017 semi-final, first leg.

The Argentine boss has worked wonders these last seven years to elevate Atletico into Europe’s elite, or at least into a position where they can cling onto their coat-tails. 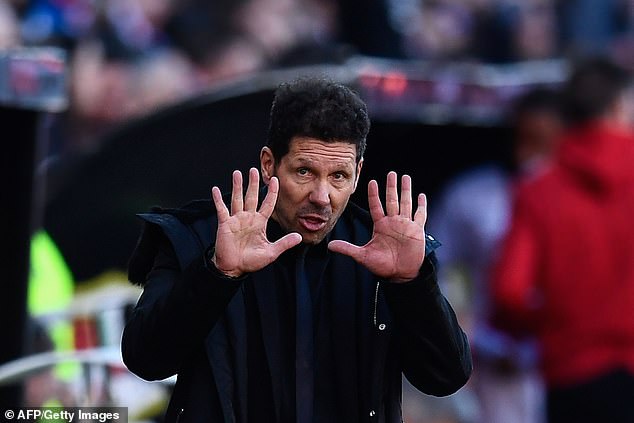 Second leg is on March 12

Never tempted by a move away, Simeone has always deployed an impressive realism and resolve amid the regular sale of star assets, building a great Atletico team on fresh talent.

They might not be quite as strong as they were a few years ago but the characteristics that make them so difficult to beat remain.

Juventus boss Massimiliano Allegri resembles a puzzler who has breezed through a crossword only to come unstuck on the final couple of clues.

Domestic dominance is pretty much taken for granted but European glory – the club’s avowed goal for so long – has remained just out of their reach.

Allegri has guided them to two Champions League finals – they lost to Barcelona in 2015, and Real in 2017 – but they’ve fallen agonisingly short.

With Cristiano now in their ranks, Juventus should have everything they need to reach their final frontier but it also leaves Allegri without any excuses should they fail. It feels like it’s now or never for them.

The manager does exude the Juventus DNA though and this was apparent pre-match when he said: ‘I wouldn’t take a draw now, in fact I said to the lads that it’s important to score a goal, although two would be better.’ 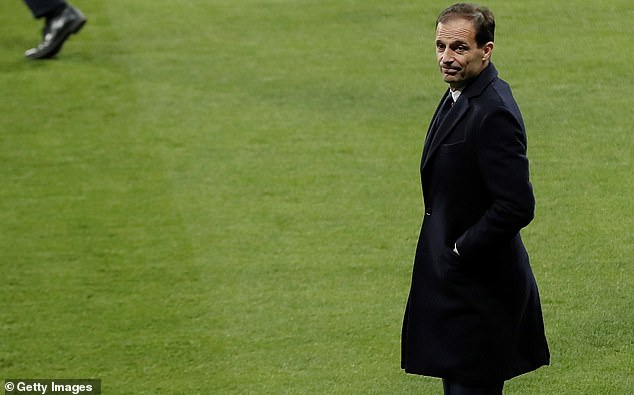 You only need to glance at Atletico’s stats this season to see where their primary threat will come from. Antoine Griezmann has scored 18 times in all competitions, some 13 goals more than the next highest, Koke.

The Frenchman is having a fine season and creates a vast number of chances for team-mates as well as putting them away. He’ll stretch Juve’s famously resolute defence but he can’t do it all alone.

Griezmann will likely be partnered up front by the on-loan Chelsea striker Alvaro Morata though he has so far failed to find the net in three matches since moving.

Of course, Juventus know all about Morata – he played for them between 2014 and 2016, scoring 27 goals – and Allegri said ‘he is a very dangerous player in one-off games.’ 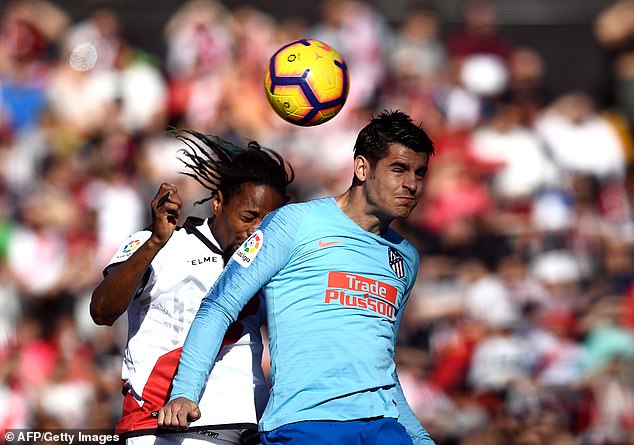 Atletico’s real strengths lie in defence, where Diego Godin and Jose Gimenez will try and marshal Ronaldo, and in the abundant midfield creativity of Saul and Koke.

Cristiano is chasing a sixth Champions League crown and knows full well that Juventus paid £100m for him to accommplish that very aim.

But the 34-year-old Portuguese has taken personal command of some many of these big games it has become pretty much expected.

Aside from him, Allegri has promised we will see Paulo Dybala as well on Wednesday night (and also probably Mario Mandzukic) in what will certainly be an adventurous line-up.

‘Dybala is playing. Are you happy? Can I go?’ Allegri joked in his press conference, addressing criticism that Dybala and Ronaldo can’t work well together. 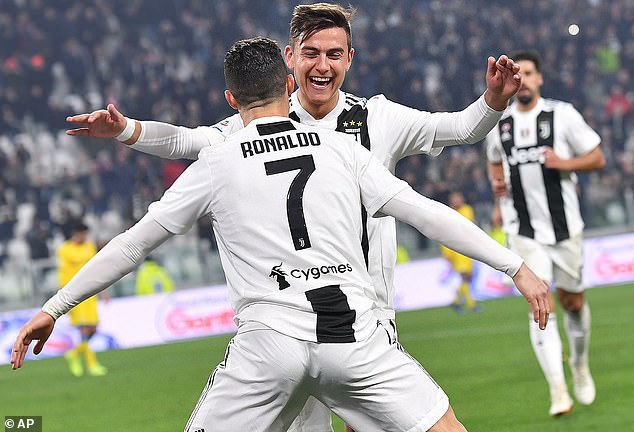 On the nine occasions both have been available for selection in the Champions League and Serie A this season, Dybala has started on the bench eight times and Ronaldo once.

Naturally, Juve’s gnarled and uncompromising back line will lay the foundations for them to snatch an away goal or two. Leonardo Bonucci and Giorgio Chiellini have 122 Champions League appearance between them. 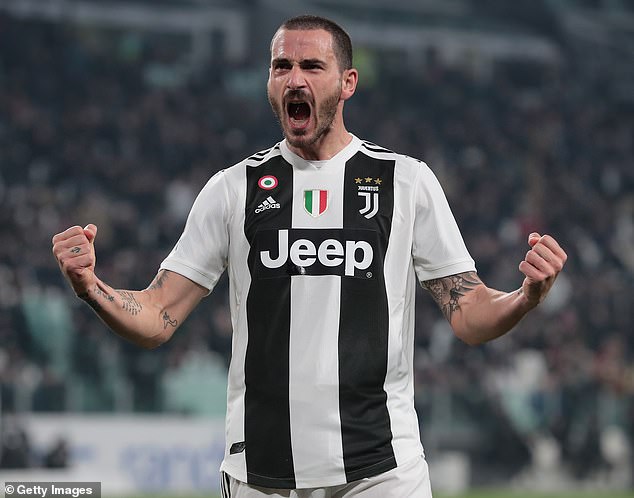 You have to fancy Juventus to prevail over the course of the two legs, though they may draw or even narrowly lose the first leg.