Fast food owner and alleged Finks bikie enforcer is arrested for threatening to kill one of his employees who refused to bury a BODY in his yard for $10,000

The owner of a hotdog business and an alleged senior Finks bikie member has been charged for allegedly threatening an employee who refused to ‘bury a body’.

The 26-year-old allegedly called Mr Alcock, 25, in November 2021 with the sinister and lucrative proposal.

Alleged Finks bikie sergeant-at-arms Angelo David Lambropoulos was arrested for threatening an employee after the man refused to ‘bury a body’ in his yard for $10,000 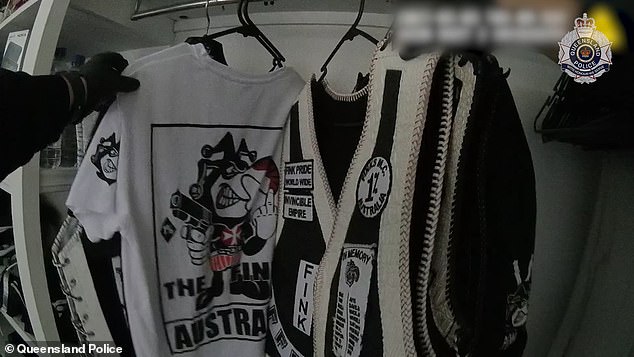 Police prosecutor Sergeant Rochelle Paz Landim told the court that Lambropoulos was an ‘enforcer’ for the Finks’ Gold Coast chapter and holds the Sergeant-at-Arms role, the Courier Mail reported.

‘During the conversation, the defendant offered the victim $10,000 to bury a body at the victim’s address. He declined,’ Sgt Paz Landim told the court.

Lambropoulos’ lawyer denied the vests belonged to his client and disputed the other allegations.

Mr Alcock contacted Lambropoulos to ask for a job when he opened Silly Willys Hotdogs.

Lambropoulos gave his former childhood friend a job as a manager in the Logan fast food outlet.

But the relationship turned sour and the court heard that on April 27 this year Mr Alcock was allegedly bashed by Lambropoulos in an incident leading to several charges. 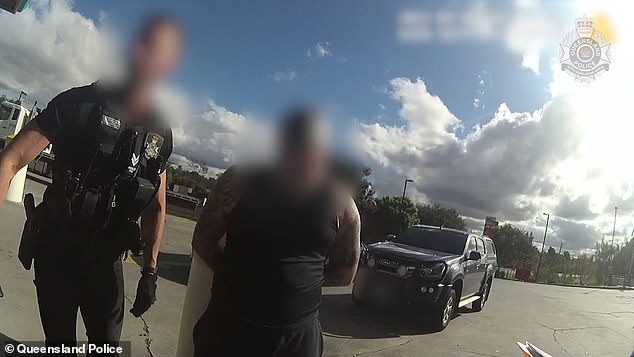 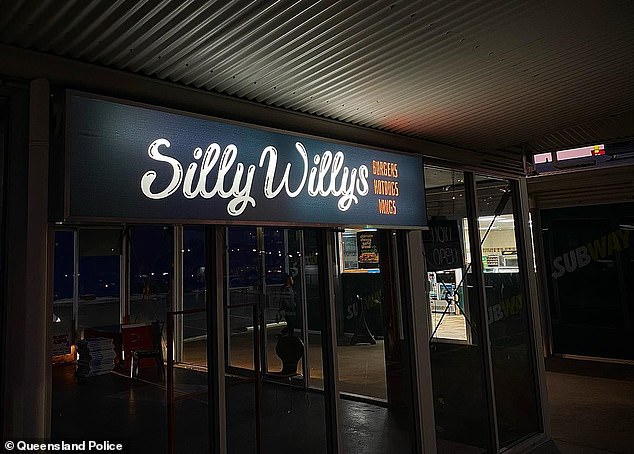 Before the alleged offer over the disposal of a body, Mr Alcock contacted Lambropoulos to ask for a job when he opened Silly Willys Hotdogs in Logan

The alleged assault happened when Mr Alcock went to investigate a Hyundai Hatchback driving around Maranoa Drive at Logan.

The court heard Lambropoulos pulled Mr Alcock into the car and began bashing him.

Another man allegedly pointed a sawn-off shotgun at Mr Alcock’s head and Lambropoulos allegedly threatened his employee and former friend, the court heard.

‘The defendant stated words to the effect: You owe me $20K, or I’m going to spray bullets through your house and kill you,’ Sgt Paz Landim said. 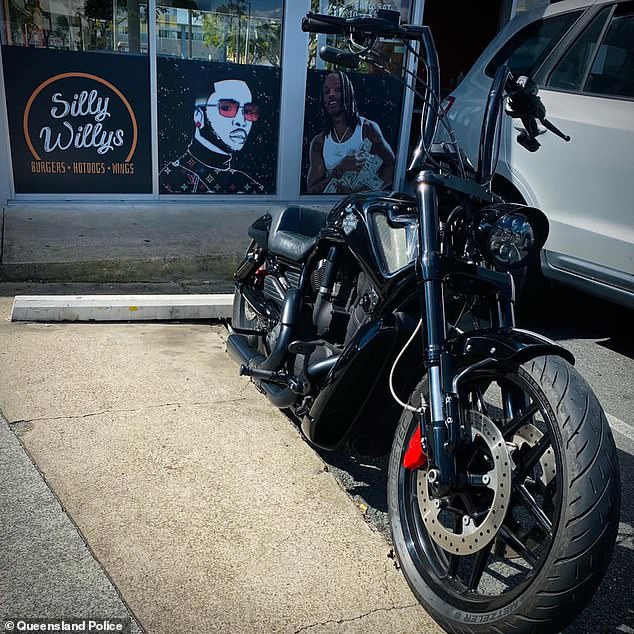 Lambropoulos, allegedly a senior member of the Gold Coast Finks, gave his former childhood friend a job as a manager in the Logan fast food outlet

Mr Alcock was told the demand for money was because ‘you opened your mouth’ and ‘screwed me over’, the court heard.

He was forced to exit the Hydundai while it was still travelling 30km an hour.

Lambropoulos sought bail in the court hearing after being charged with assault occasioning bodily harm, deprivation of liberty and extortion.

The fast owner’s lawyer disputed the allegations and said his client had no contact with Mr Alcock since firing him for allegedly stealing $1,500 at Silly Willys.

He also told the court he client claimed to be working the day the alleged offences occurred.

Beenleigh Magistrates Clare Kelly denied the application for bail because of an unacceptable risk of committing other offences.

Lambropoulos was remanded in custody and is due to appear again on June 22.