Young girl accused of stealing from a western Sydney chemist makes a run for it…in a $100,000 Range Rover

A young girl accused of stealing from a chemist has been filmed jumping into a get-away vehicle valued at more than $100,000.

Footage taken by another motorist showed the alleged thief struggling to break free from the grip of a security guard.

She eventually manages to wriggle away and flee into an oncoming Land Rover.

A Facebook community page posted the video online Tuesday. Social media users were quick to point out the expensive car in the video.

‘Guess the car was over their budget,’ one person wrote.

‘Spent all the money on a Land Rover,’ a third comment read.

It is unknown what the girl allegedly stole or whether the matter was reported to police. 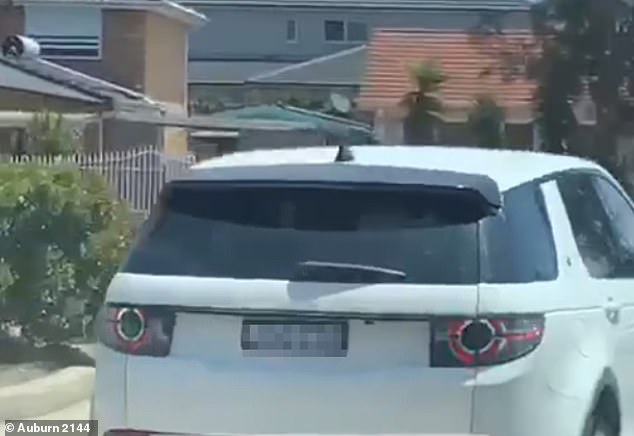 Many social media users were humoured by the irony of the alleged thief fleeing in a Land Rover valued at more than $100,000