Allen Iverson’s backpack containing $500,000 worth of jewelry is stolen from Sofitel Philadelphia

Allen Iverson’s backpack has reportedly been stolen with $500,000 worth of jewelry inside.

The bag swiped from the lobby of a Philadelphia hotel, but the retired basketball player – who is believed to have made over $200million in his career – was not around at the time.

Surveillance footage shows the suspect entering the public area of Hotel Sofitel Philadelphia at Rittenhouse Square around 10.30am Monday before the sack was snatched.

A representative from Sofitel said the bag was not in the care of staff at the time.

It’s unclear if it was in the possession of someone known to Iverson, 44, but a source told NBC 10 it belonged to the Philadelphia 76ers legend. 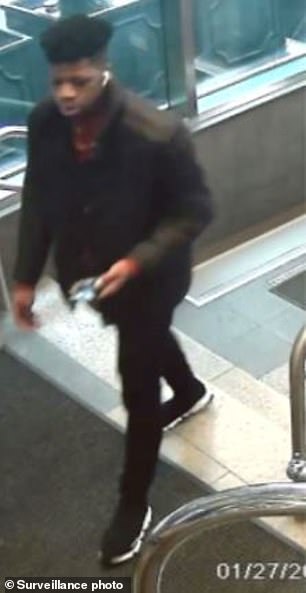 A bag believed to belong to Allen Iverson (left) was stolen from a Philadelphia hotel on Monday. The suspect is seen (right) entering the lobby 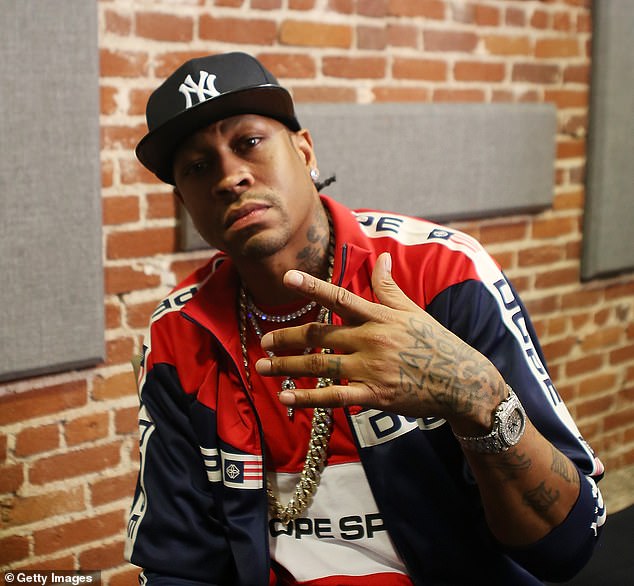 The backpack contained $500,000 worth of jewelry but Iverson was not around when it was stolen. Pictured, Iverson attends the Iverson All-Star Experience during NBA All-Star 2018 on February 15, 2018 in Los Angeles, California

‘An incident was reported in the hotel lobby, which the local authorities are handling with full cooperation from the hotel,’ a Sofitel spokesperson told DailyMail.com on Tuesday. ‘As always, the safety and security of our guests and colleagues remains our top priority.’

Cops would not confirm whether the backpack belonged to Iverson.

They told the New York Post: ‘The scene was held and the investigation is active and ongoing with Central Detectives Division. No further information at this time.’

The suspect was described as a thin male, approximately 6-feet-tall and about 20 years old.

Surveillance footage shows the suspect wearing a dark jacket and pants with a red shirt and white sneakers.

A Virginia native, Iverson left the NBA in 2013 after playing his last game for the Sixers in 2010. He spent 11 out of 14 seasons with the Sixers and was inducted in the Naismith Memorial Basketball Hall of Fame in 2016. 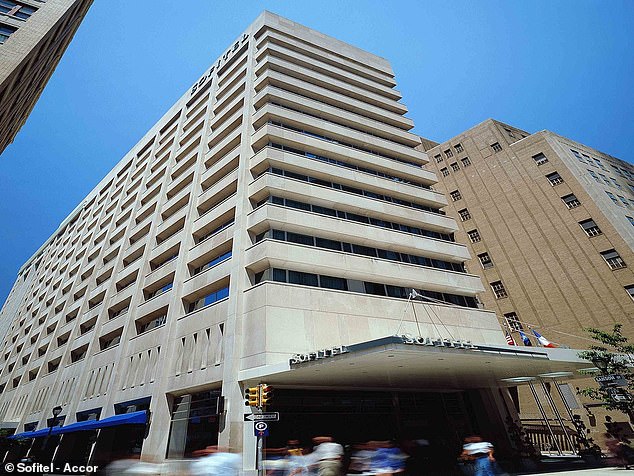 It was taken from the Hotel Sofitel Philadelphia at Rittenhouse Square Monday at 10.30am 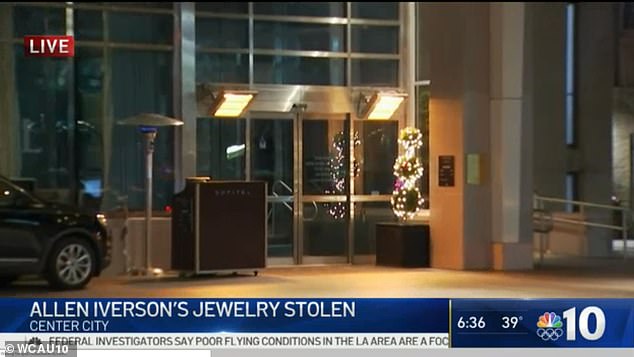 Iverson still attends 76ers games at the Wells Faro Center and was last seen there Saturday to watch LeBron James and the Los Angeles Lakers.

The theft came at a tough time for Iverson.

On Monday, Iverson had paid tribute to his former Team USA teammate Kobe Bryant who one was of nine people to die in a private helicopter crash, alongside 13-year-old daughter Gianna, on Sunday.

‘Words cannot express how I’m feeling today. The only 2 words than ring in my head- devastated and heartbroken. I cannot seem to shake this feeling no matter what I’ve tried to do since hearing this yesterday,’ He said in a long statement on Facebook. 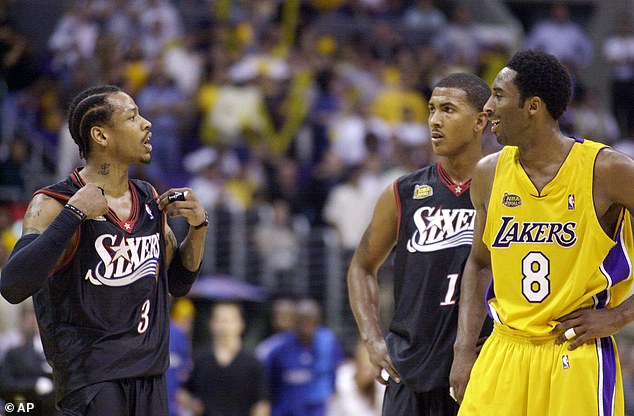 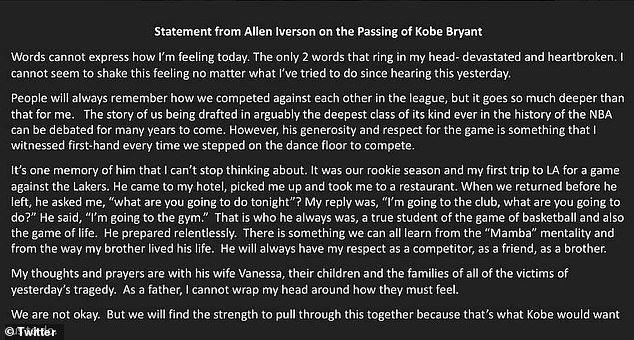 The theft came at a tough time for Iverson. On Monday, Iverson had paid tribute to his former Team USA teammate Kobe Bryant, who one was of nine people to die in a helicopter crash

‘People will always remember how we competed against each other in the league but it goes so much deeper than that for me. The story of us being drafted in arguably the deepest class of its kind ever in the history of the NBA can be debated for many years to come. However, his generosity and respect for the game is something that I witnessed first-hand every time we stepped on the dance floor to compete.

‘It’s one memory of him that I can’t stop thinking about, It was our rookie season and my first trip to LA for a game against the Lakers. (Bryant) came to my hotel, picked me up and took me to a restaurant. When we returned (and) before he left, he asked me, “What are you going to do tonight?”

‘That’s who he always was, a true student of the game of basketball and also the game of life.’

He added: ‘We are not okay. But we will find the strength to pull through this together because that’s what Kobe would want us to do.’

Anyone with information relating to the investigation is asked to contact the Central Detective Division of the Philadelphia Police Department at 215-686-3093 (TIPS) or dial 911.