‘If I’m a Kulusevski or Kane or Son, I’m questioning the way we’re playing’: Ally McCoist claims Antonio Conte’s tactics aren’t getting the best out of Tottenham’s attacking players

Tottenham drew 0-0 away to Eintracht Frankfurt in the Champions League, following on from their 3-1 defeat to rivals Arsenal last weekend.

In both matches Tottenham lacked quality in the final third and McCoist feels the likes of Harry Kane, Son Heung-min and Dejan Kulusevski are finding it difficult to thrive given Conte’s tactics. 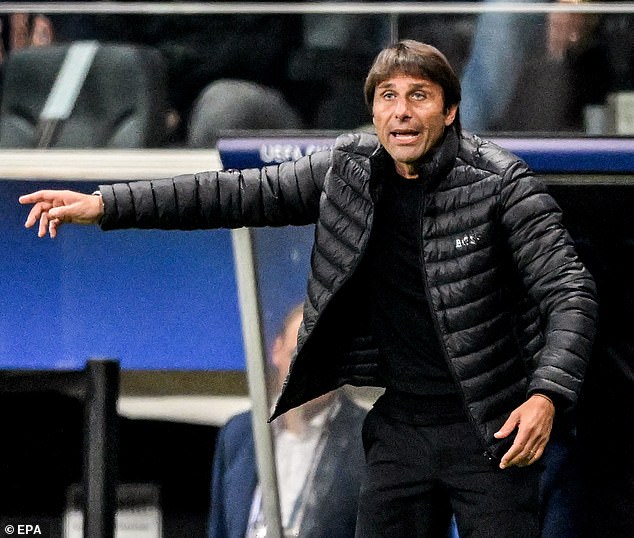 Conte is renowned for his defensive style of play and operating with three at the back, but the system doesn’t seem to be working for Tottenham at present.

Speaking on BT Sport, McCoist said: ‘You look at a team like Spurs obviously coming off a really poor performance, poor result in the weekend in the derby game, you’re looking for a reaction.

‘I think Spurs’ strengths are in the forward area of the park, I don’t think anyone can argue with that. I think defensively there’s question marks. I thought the game they came back against Chelsea they were a little bit more solid, is this the turning point? But I don’t think so.

‘The argument I think Spurs fans can make, is Conte playing to his team’s strengths? I’m not sure. He’s clearly defensively minded in the way he sets up his team and you have to say he’s very good at it. Spurs have only lost one league game this year, that’s the North London derby. 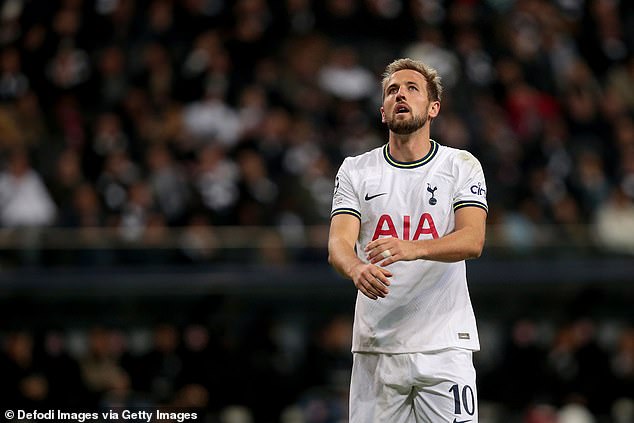 McCoist believes Conte isn’t playing to his team’s strengths, which is hindering Kane

‘However, if I’m a Kulusevski or a Harry Kane or Son and I’m in that Spurs team, I’m actually probably questioning the way we’re playing.’

Rio Ferdinand stressed that Tottenham were lacking in the final third against Frankfurt.

Ferdinand said: ‘Those three strikers, whoever they are, they would probably be further away from goal on average than they’ve ever been in their Tottenham careers.

‘The way we saw them set up against Arsenal within the first five minutes was so deep, edge of the box. It’s almost like watching a carbon copy of Atletico Madrid in recent years, everybody behind the ball, and the lead striker is marking one of the central midfielders. 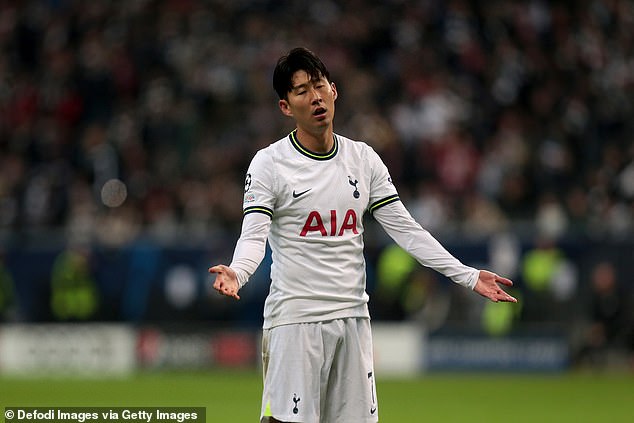 ‘It’s not what Spurs are used to seeing. The final ball in the North London derby wasn’t good enough, and today with Son and Kane it just wasn’t there for the final piece of the jigsaw, and the hardest part is putting the ball in the back or the net, and they didn’t have that either luck or quality in the last bit.’

Tottenham have taken four points from their first three Champions League games and still have work to do if they are to make it through to the knockout stages.

In the Premier League they are in third place despite recent criticism of Conte, and are only four points adrift of rivals Arsenal.

Tottenham face Brighton away on Saturday but it seems highly unlikely that Conte will make significant alterations to his tactics even though his attacking players are finding matters difficult in the current system.