Allyn Condon warned he could be charged with harassment

A former Olympic sprinter has been told he could face criminal harassment charges after distributing leaflets outside the hospital where his son died claiming there was a ‘cover up’.

Baby Ben Condon died in April 2015 after developing a lung condition just days after his parents were told it was ‘just had a cold’, an inquest last year heard.

The premature baby was not prescribed antibiotics until just over an hour before he died after suffering two cardiac arrests – his parents claim this was a fatal error.

His father Allyn Condon, 42, has been handing out leaflets outside Bristol Children’s Hospital titled ‘NHS COVER UP’.

Complaints of harassment against Mr Condon were made by two doctors among several staff at the trust who were named and photographed on the pamphlets.

In an email to him, police said a decision would be made ‘around both offences with regards to whether you go to court’.

Mr Condon said: ‘I don’t believe for one second that we’ve done anything to the individuals that constitutes harassment.

Speaking to the BBC, he added: ‘We’re just trying to make the public aware of Ben’s case.’

Ben Condon was born at 29 weeks at Southmead hospital in Bristol in February 2015 and spent seven weeks being cared for in the intensive care unit.

He returned home to Weston-super-Mare, Somerset, with his parents, Allyn and Jenny, but became poorly and was re-admitted to hospital. 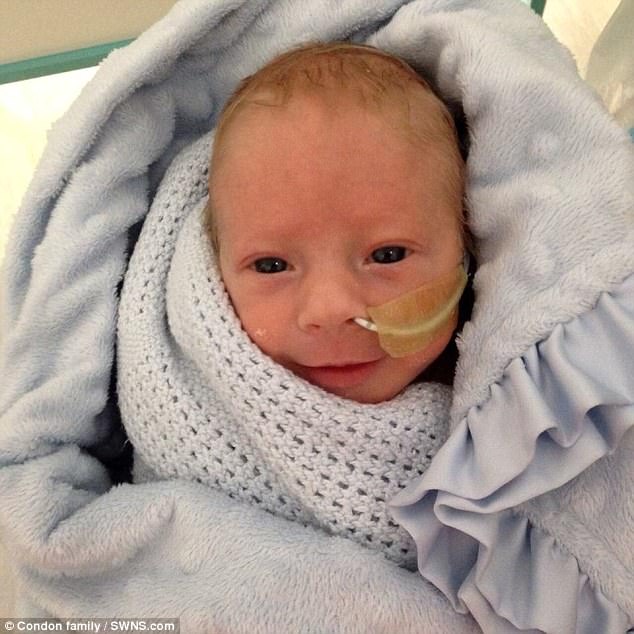 Baby Ben Condon died in April 2015 after developing a lung condition just days after his parents were told it was ‘just had a cold’, an inquest last year heard

His parents said they were repeatedly assured that Ben would be given antibiotics in the days leading up to his death.

Ben was eventually prescribed antibiotics at 3pm on the day he died, but these were not administered until 8pm, an inquest in 2016 heard.

Two doctors told the inquest at Flax Bourton nea Bristol they would have given antibiotics earlier. 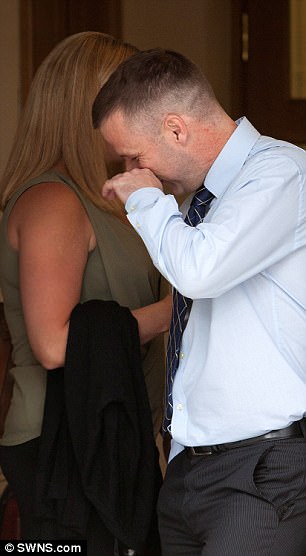 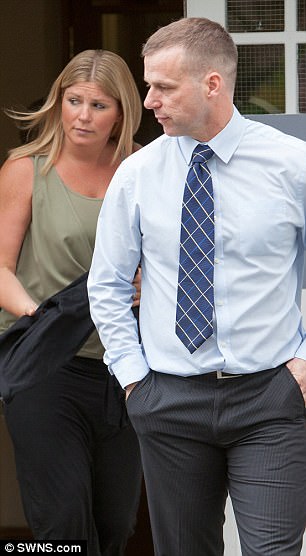 His parents believe Ben should have been given antibiotics in the days leading up to his death but the coroner’s court heard also this would not have prevented it.

Mr Condon started an online petition calling for an investigation into Ben’s death and has been handing out the leaflets outside the hospital.

He has now been interviewed by Avon and Somerset Police who are considering whether to take him to court.

It comes after a recording emerged in 2015 of senior hospital staff apparently discussing deleting a recording where they appear to admit errors.

The recording was taken during a meeting the parents had with senior hospital staff and the comments were made when the Condons left the room.

A neonatologist told an intensive care consultant ‘they are absolutely right* these are not misinformed bolshy parents’ and they replied ‘They’ve got a point’. 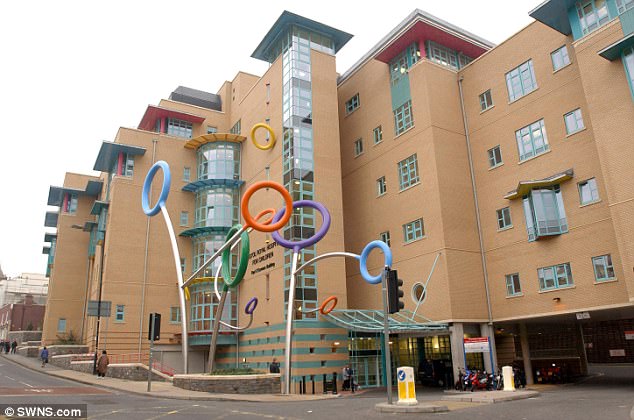 One then apparently realised their own recorder was still taping and is said to have asked a manager ‘any possibility of taking off [the last section] because that could get us into difficulty’.

An independent report, commissioned by hospital bosses, later concluded ‘there was a failure […] to recognise one of the most serious allegations being made by the parents – why a clinician would want a conversation deleted and why a senior manager would agree to do it’.

Report writers consultancy firm Verita said it had ‘not seen conclusive evidence to prove or disprove the charge of a conspiracy to cover up what happened to Ben’.

But it commented added ‘little the trust did was well directed at disproving’ the existence of a conspiracy.

Speaking about the latest harassment allegations, the hospital apologised for ‘missing significant opportunities to engage proactively’ with the Condons.

A spokesman for the trust said: ‘We have tried hard to give comprehensive answers to Ben’s parents and are truly sorry that Mr and Mrs Condon remain so severely dissatisfied with our responses.

‘Over a year ago we apologised unreservedly for missing a number of significant opportunities to engage proactively with them and be more open and to understand the seriousness of their allegations.

‘We repeat that apology today.

‘At the same time we must support the staff who provide that care, and in particular those staff who have felt it necessary to take personal steps to protect themselves in this very difficult situation.’ 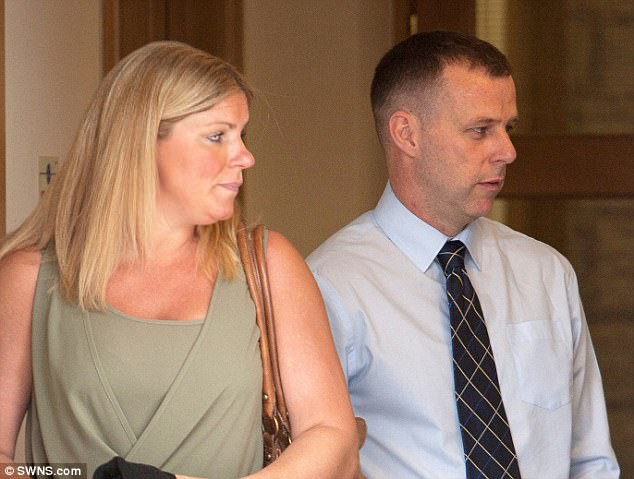 Speaking about the latest harassment allegations, the hospital apologised for ‘missing significant opportunities to engage proactively’ with the Condons

At the 2010 Vancouver Olympic Games he competed as a bobsleigher having already competed in the Sydney Olympics in 2000 as a sprinter.