The number of job candidates turned down by prospective employers over ‘bad debt’ has risen by seven per cent in the past year, a leading recruitment company has warned.

As many as 1,923 applicants were turned down for a position due to their adverse finances in the year to July, up from 1,788 a year earlier, according to analysis of the Reed Screening database.

The company claims bad debt is responsible for people failing a vetting test 80 per cent of the time, making it the most common reason for failure. The rise comes as UK household debt has risen almost 10 per cent in the year to September to £204billion.

Bad debt test: could the state of your personal finances keep you from your dream job?

While it is common for employers recruiting staff into financial services roles to look into applicants’ financial backgrounds, lots of other professionals can also be subject to the same scrutiny – which usually involves at least a credit check.

One example Reed gave of an unsuccessful applicant was a 24-year-old male in the running to be a collection advisor who failed screening over two undeclared defaults below £1,000, as well as debts from payday lenders and a credit card provider.

A second example was that of a 48-year-old female applying to be a claims assessor apprentice who failed screening on two undeclared defaults at a combined amount of almost £10,000, including credit card debts.

‘The rising number of people being rejected for job applications due to being classed as bad debtors is dangerous – especially when you take into consideration the fact that the UK’s consumer debt level has risen to £1.55trillion due to economic factors largely outside of the individuals’ control,’ says Keith Rosser, director of Reed Screening and new chair of the National Association of Professional Background Screeners – Europe.

‘This classification could prevent people from getting jobs and creates a catch 22 situation for some of those people being rejected: no job, no money, more payments get skipped – all creating an even higher chance of failing screening.’

Here Rosser explains everything you need to know about the vetting process. 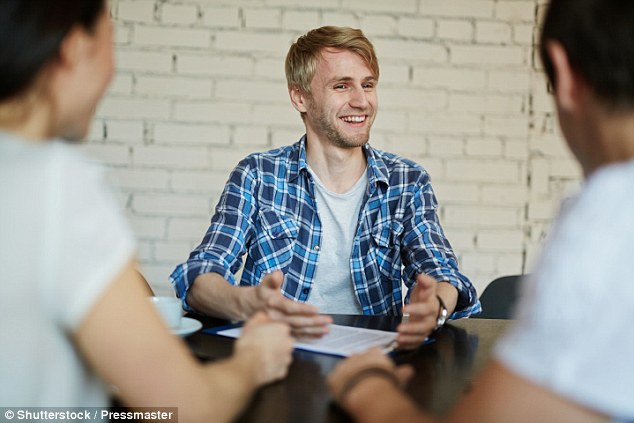 Many employers would argue that ensuring a candidate’s personal financial situation is disclosed reduces the risk of fraud being committed and that ‘bad debtor’ classification is perhaps an indicator that the person may commit fraud in future.

This is where it is slightly challenging as there are many cases where people with no debt go on to commit fraud. It is rather like the dated argument that someone with a criminal record must declare it because the likelihood of re-offense is greater than someone offending for the first time.

The majority of candidates vetted for adverse credit or bad debt would be applying for jobs in the financial sector as this would be a chief screening requirement within the industry. However, it is not just these workers that financial screening affects, there are a wide range of careers and sectors that run this test.

Some non-financial services clients request similar levels of screening to the financial industry, such as credit checks, as they feel this level of vetting is required for the position the candidate would hold.

‘No cause for alarm’

Experian, the credit reference agency which provides a vetting service for employers, doesn’t believe job applicants should be overly concerned by vetting procedures.

A spokesman said: ‘Many employers carry out background checks as a standard part of their recruitment processes, but these checks do not include general debt related problems, such as missed bill payments or arrears. Experian provides insight for employers to inform these decisions, but does not offer a score or a recommendation for whether someone should be given a job.

‘One of these services is an Adverse Financial Check. This would show if a person has information on their credit history such as a county court judgement, bankruptcy or insolvency voluntary agreement.

‘More detailed checks can only be carried out by CAIS (Credit Account Information Sharing) members, such as major banks, utilities and communications companies.’

What information is considered and what can I do to ensure I pass?

The current method of testing means that job applicants have to maintain reasonably good financial health and be aware that testing parameters can shift between companies. As a general rule, those with four or more defaults over the last six years will result in a candidate being rejected for a position.

Candidates can easily check their credit reports with free reports readily available online, and keeping up with regular monthly repayments in a timely fashion is of great importance to avoid this issue occurring.

Do all employers screen in the same way?

The issue is that there is no real standardised policy about when a credit check should or should not be used. This needs to change and as the experts in this field, I believe it should be led by the pre-employment screening and financial services sector.

But again, there is no clear classification of what makes a ‘bad debtor’. Screening parameters are currently set by individual companies and there is an absence of ‘standard practice’; yet again, something which needs standardising and, in my view, the pre-employment screening sector needs to take a lead in this.

How much is too much debt?

It is not the level of outstanding debt that adversely affects your employment prospects, but rather if you have missed any payments or defaulted.

Of course, the greater the level of debt, the harder it is for individuals not to miss payments, especially if out of work.

This is where the catch 22 situation is created. As debt increases, so does the potential to be classified as a ‘bad debtor’ and, as a result, job prospects can disappear.

Change is required to address these fundamental systematic flaws which have the potential to affect both candidates, who may find their career has stalled due to economic reasons, or company specific screening parameters rather than talent or skill, and companies, who could be filtering out a great deal of talent within the market.