Were they infected mid-air? Almost TWENTY Australian coronavirus cases are linked to one Emirates flight

Almost 20 coronavirus cases have been linked to the same Emirates flight sparking speculation that people were infected mid-air.

The latest confirmed case is a 43-year-old Romanian technical engineer who was on the aircraft as part of a maritime crew swap-over.

Three of the confirmed cases travelled from Ethiopia to Frankfurt to Dubai and finally, Perth.

Four passengers who tested positive travelled from London to Dubai to Perth.

Another four boarded in London, flew to Dubai and landed in Perth.

One passenger travelled from Kabul to Dubai and Perth.

All of the passengers on the flight are serving quarantine in the same hotel.

The Emirates flight cluster is WA’s worst outbreak since the arrival of Al Kuwait live export ship on May 26.

The ship docked after sailing from the United Arab Emirates, with 48 multinational crew on board- which includes two Australians.

There were 20 confirmed cases aboard including a three-year-old boy who had contact with a known case. 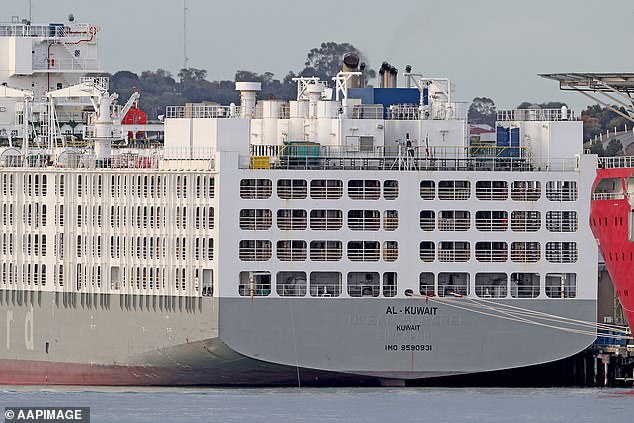 Officials are investigating whether any of the passengers were infected by other passengers during the flight.

‘It does give you some cause for concern about what happened on that particular flight,’ Health Minister Cook said. .

‘What I’m comforted by is the strong quarantining arrangements we have for people coming in on international flights, so I’m not worried about the public health risk.’

Mr Cook said the importance of the state’s ‘hard’ border was highlighted by a 45-year-old West Australian man who flew in from Victoria and was one of Friday’s two confirmed cases. 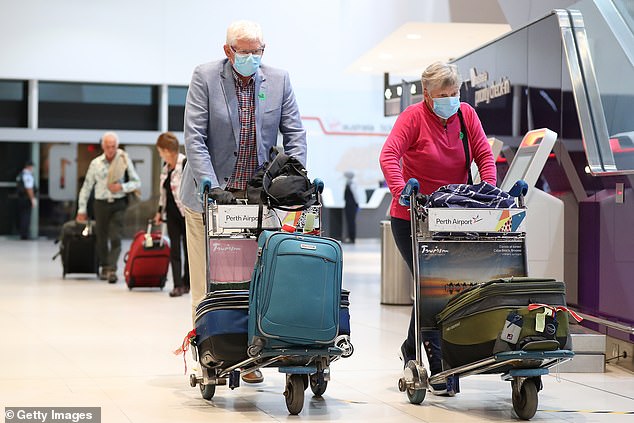 The latest confirmed case is a 43-year-old Romanian technical engineer who was on the aircraft as part of a maritime crew swap-over (Pictured: New Zealand passengers from the Vasco Da Gama cruise ship arrive in Perth on March 28)

WA is now immediately testing the few workers granted an exemption to travel to the state from NSW and Victoria, as soon as they land.

And from 11.59pm on Sunday, the criteria for exemptions for people from NSW is being tightened to match those for Victoria.

Mr Cook said the state government understood the measures were inconvenient and distressing for some West Australians who wanted to return home but could not.

‘We understand these are tough decisions and we don’t take them lightly,’ he said.

‘It is judged on a case-by-case basis.

‘We understand that these tight arrangements will capture people who would otherwise, you would think, have a reasonable case to enter the state.’