Two thirds of women feel too embarrassed to accept a compliment, with those coming from strangers or work colleagues even provoking wariness and suspicion, a new study has revealed.

Eight out of ten women feel compliments given by friends, closely followed by partners and family are the most genuine, while the best received comment is telling a woman that she looks happy, the study said.

This remark provokes a better reaction than saying a woman looks young for her age, or making reference to her intelligence, weight loss or dress sense.

Women are also four times more likely to accept a compliment made by another woman, than when it is offered by a man.

While women aged 45-54 are better able to deal with a compliment, even then almost one in two struggle when praised.

Embarrassment is given as the main reason for not being able to accept a compliment (61%), followed by not wanting to draw attention to themselves (55%), feeling uncomfortable (47%) or thinking the words were glibly said (38%).

Compliments given by friends are seen as the most genuine followed by family or a partner. 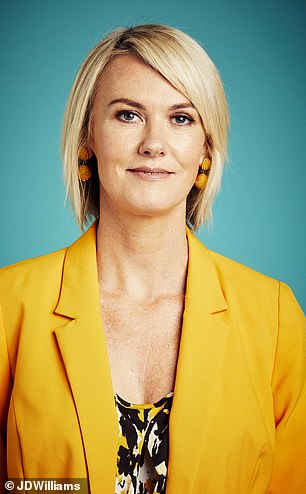 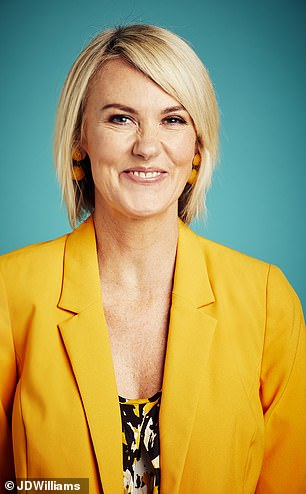 Before and after: Social media influencer Carol Manson, 47, pictured before (left) and after (right) being given a compliment as part of the study

However those made by work colleagues are greeted with suspicion by one in two, while two thirds of compliments from a stranger are met with wariness.

While a remark about a woman’s outfit is one of the most common compliments offered, it is regarded as insincere by four out of ten women.

The JD Williams study carried out by YouGov questioned over 2,000 on their reaction to being given a compliment as part of a new campaign encouraging women to be more confident about their looks.

The online retailer revealed the research findings alongside a short film and series of portraits taken by celebrity photographer Nicky Johnston showing the faces of four women before and after a compliment. 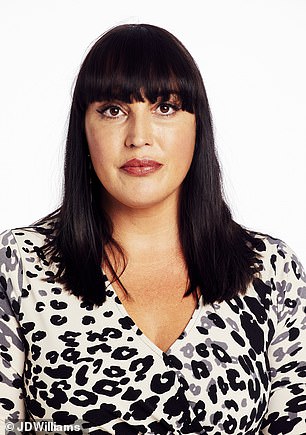 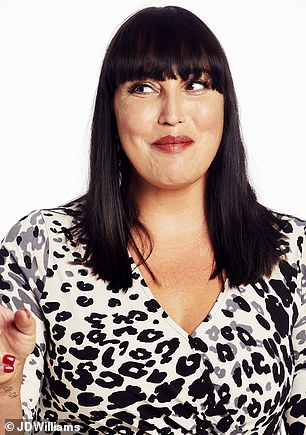 Social media influencer Ruth Davis, 43, before (left) and after (right) being given a compliment during a photo shoot that accompanied the study

In the film Jenny says women need to learn to take a compliment: ‘We just have to try and say, ‘yeah, I do look good – that’s OK – thank you very much!”

The study also showed that almost two thirds of women worry about how they appear to other people and struggle with their looks, body size and shape.

Three in ten women regard a compliment about their weight as insulting. 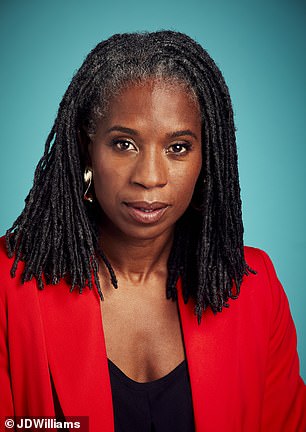 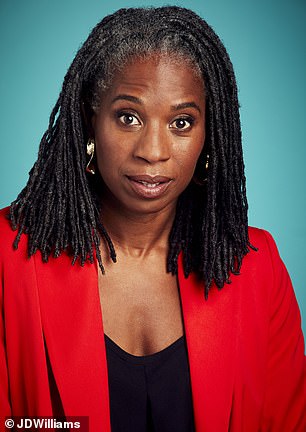 TV Gladiator Jenny Stoute, 54, poses for shots during a photo shoot to go alongside the study. On the left the picture was taken before she was given a compliment and after on the right

Offering compliments on social media is not regarded in the same light as face to face compliments even among 18-24 year olds and almost all of those questioned for the study, 94%, regard likes as superficial.

The study shows women had a difficulty in accepting a compliment at face value because they felt insecure, shy or had low self-esteem.

By comparison men don’t have the same anxieties with one in seven men believing they are attractive compared with one in 30 women.

Most women describe themselves as ‘average’ (45%) – and this rises with age. The different attitude to compliments is also revealed by almost two thirds of men saying they like being given a boost. 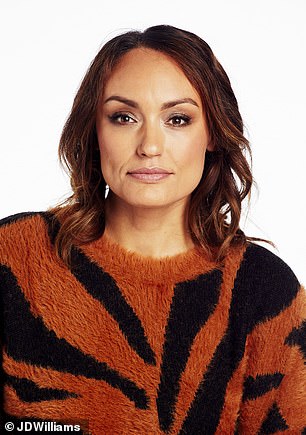 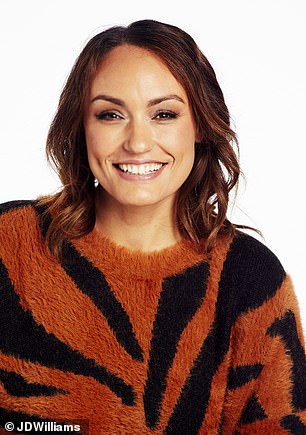 Stylist Nese E Schaffer-Halil, 41, smiles widely after being given a compliment (right). On the left she is pictured before the compliment

Spokesperson Suzi Burns from JD Williams said: ‘Attitudes to compliments is an interesting area to explore, as most people’s reactions to them are subconscious.

‘However, as a whole, women generally feel uncomfortable accepting a compliment which is disheartening, as is how many women would describe themselves as ‘insecure’.

‘If we as a brand can help them feel confident in what they wear, for example, this may in turn help women feel more comfortable about accepting compliments when offered.’