By Stacy Liberatore and Dan Avery For Dailymail.com

Alphabet X’s moonshot factory is working on a new project codenamed ‘Wolverine,’ which is a wearable that gives users super-human hearing.

The Google-owned company confirmed the top-secret technology to Business Insider saying it has been working on an in-ear, sensor-packed device since 2018.

The team, who spoke anonymously, revealed it will let users focus on one particular speaker in a group setting with overlapping conversations,’ or speech segregation.

Wolverine, according to Alphabet, is designed with extremely sensitive microphones that run on powerful algorithms that can determine who is speaking in order to block out additional noise.

Alphabet X’s moonshot factory is working on a new project codenamed ‘Wolverine,’ which is a wearable that gives users super-human hearing through an in-ear, sensor-packed device (stock)

The project’s name, Wolverine, seems to be a nod at the famous Marvel comic book character that poses sense of sight, smell and hearing – all of which are superhuman abilities.

However, it is not yet clear if Alphabet’s device will keep the iconic name when or if it is released to the public.

Over the past years, Alphabet has reiterated the design from early prototypes that covered the entire ear to another that protruded out from above the ear.

A spokesperson for X told Insider the company is ‘exploring the future of hearing,’ but declined to offer details on the project. 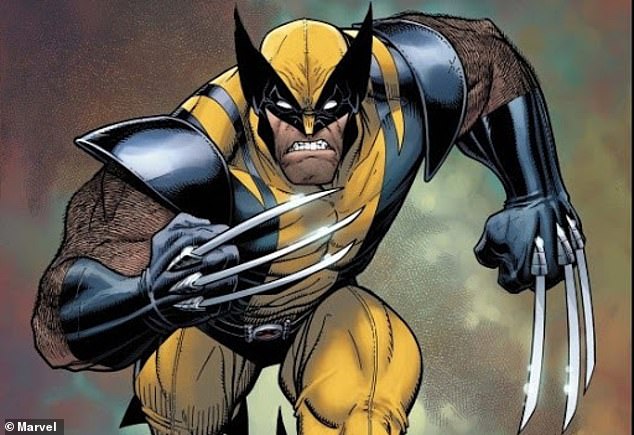 The project’s name, Wolverine, seems to be a nod at the famous Marvel comic book character that poses sense of sight, smell and hearing – all of which are superhuman abilities

The team is also looking at the device not only as a single form factor, but as a successful business with multiple devices and models.

However, Alphabet is not along in this venture – Facebook publicly announced in 2020 that its research lab is working on developing audio-enhancing technology.

The social media firm’s goal is to perfect ‘audio presence,’ where sounds from speakers, headphones or other devices are indistinguishable from a real-world source.

Researchers are also developing ‘perceptual superpowers,’ technology that tunes out background noise and let us focus on the person speaking to us by tracking the user’s eye movements.

By analyzing your eye and head movements, Facebook’s AR glasses with embedded speakers could identify what you’re trying to hear and dampen extraneous noise.

Trying to listen to your date in a noisy bar? Stare into their eyes and the argument at the next table fades into a whisper.

‘We are exploring new technologies that can extend, protect, and enhance your hearing ability — giving you the ability to increase concentration and focus, while allowing you to seamlessly interact with the people and information you care about,’ explains hardware research lead Tony Miller.

This isn’t just theoretical, as the lab has already developed prototypes that can track eye movements and adjust sounds accordingly.