Alton Towers Smiler crash survivor Leah Washington has bought her first home with boyfriend Joe Pugh, six years after the rollercoaster they were riding on their first date collided with an empty carriage.

The brave amputee, 24, from South Yorkshire, who has garnered an almost 25,000-strong following on Instagram by sharing her progress since the shocking accident that summer, shared a picture from what appeared to be the stylish walk-in-wardrobe of their new home.

Throwing up a peace sign as Joe, 25, stood in the background holding a moving in box, Leah wrote: Est. 11/2021, referring to the date they moved into their Yorkshire Bungalow this month.

Leah was forced to undergo a leg amputation as a result of the horror crash six years ago.

Alton Towers Smiler crash survivor Leah Washington has bought her first home with boyfriend Joe Pugh, six years after the rollercoaster they were riding on their first date collided with an empty carriage 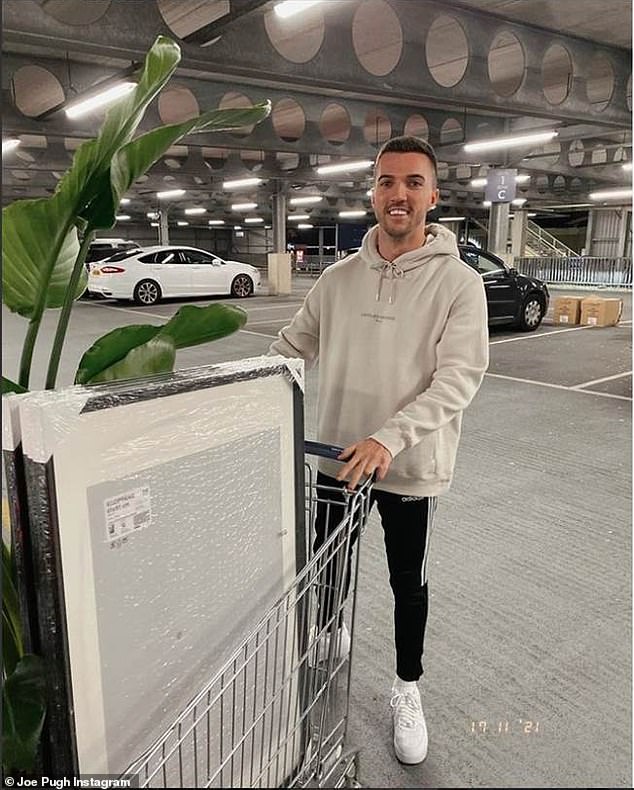 Joe also shared a snap last week as they shopped for picture frames in Ikea, writing: ‘Ikea? Completed it mate. Less than 4 days until me and leah move in together (me annoying her for the foreseeable)’

Joe also shared a snap last week as they shopped for picture frames in Ikea, writing: ‘Ikea? Completed it mate. Less than 4 days until me and leah move in together (me annoying her for the foreseeable)’.

The couple celebrated by spending the weekend at Champneys in Cheshire, enjoying a plush dinner and sharing a glimpse at their stunning bedroom complete with four poster bed.

Last year Joe revealed during a Q&A having spent lockdown isolating together, the couple plan to move in together permanently when it is lifted. 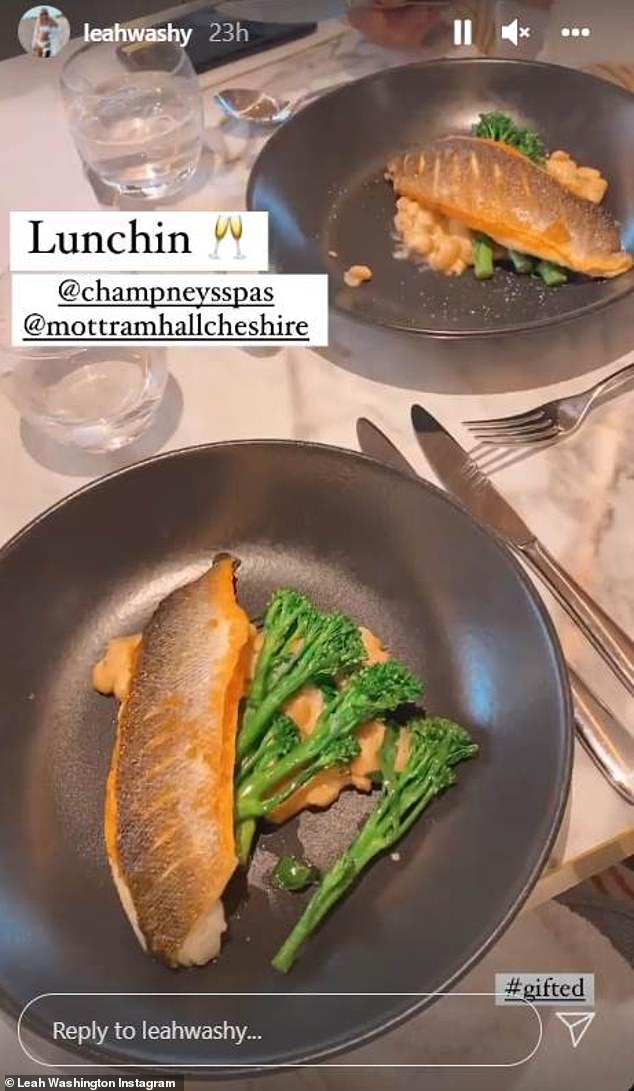 The couple celebrated by spending the weekend at Champneys in Cheshire, enjoying a plush dinner 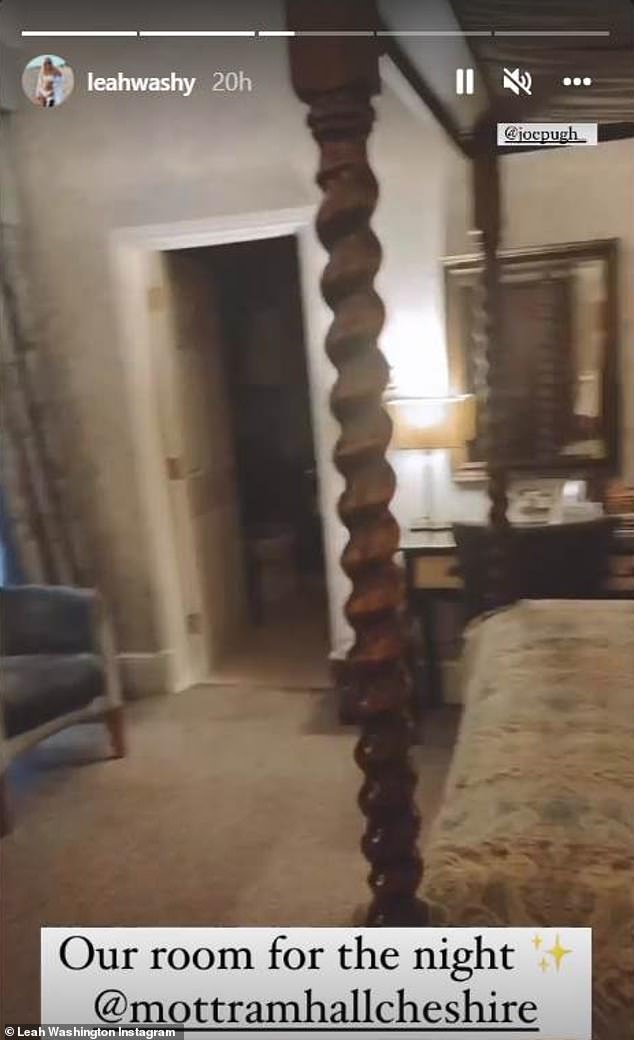 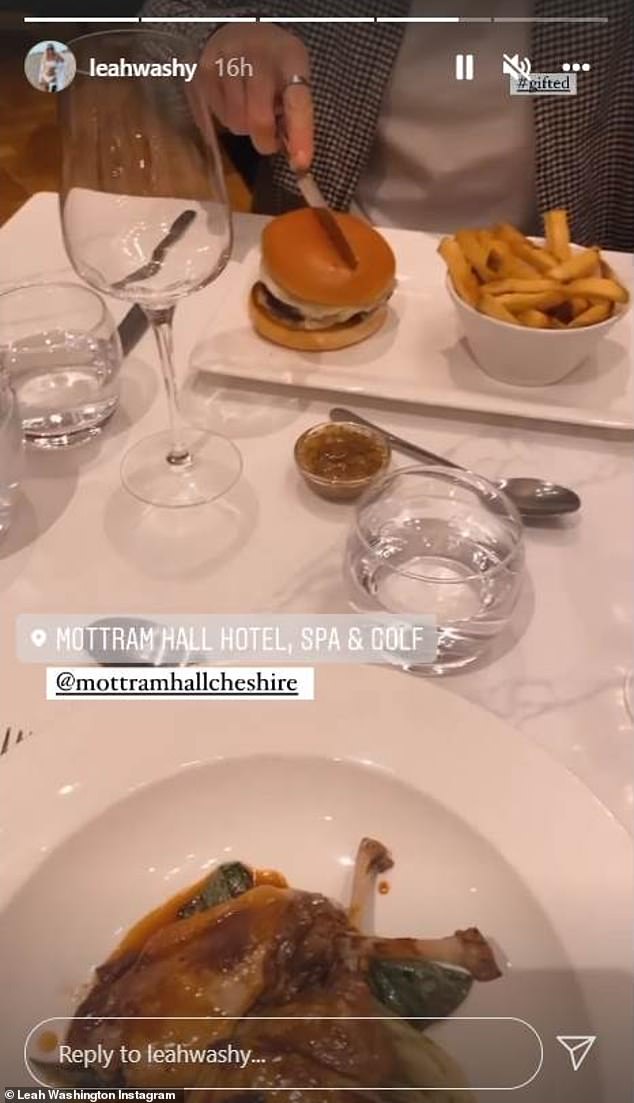 Leah was on her first proper date with boyfriend Joe Pugh when the Smiler rollercoaster carriage smashed into a stationary train at Alton Towers, in Staffordshire, during June 2015.

Leah from Barnsley, was one of two young passengers who lost a leg while Joe, suffered devastating injuries himself including two shattered kneecaps.

In spite the trauma of the crash, the pair have stayed together and often post pictures of their days out on social media.

Despite having a state-of-the-art £60,000 prosthetic leg which allows her to walk unaided, the teenager still suffers crippling pain and fatigue after standing for long periods.

An investigation into the 2015 accident concluded that the crash was due to human error; an engineer had wrongly restarted the ride while a stationary carriage was on the track in front of it.

Alton Towers owner Merlin Attractions were fined £5million for health and safety breaches which were blasted by Judge Michael Chambers QC as a ‘catastrophic failure’.

They were fined an initial £5million, and interim payments have covered Leah and Joe’s medical and physio bills to date – but the pair have also submitted a ‘substantial’ compensation claim.

Leah’s £60,000 prosthetic leg – which contains a microprocessor knee – will need replacing every few years, which will amount to hundreds of thousands of pounds over her lifetime. 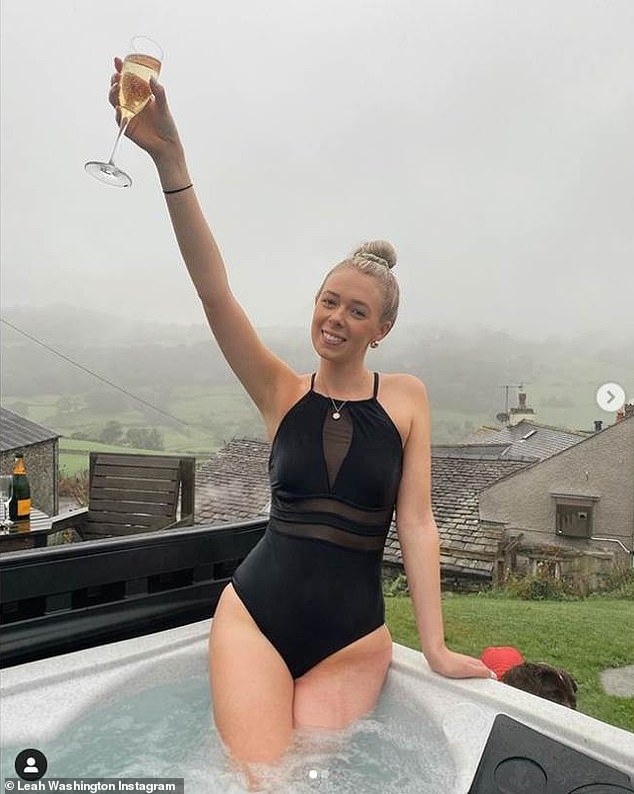 What happened during the Alton Towers Smiler crash?

On June 2, 2015, visitors were removed from the Alton Towers Smiler ride after a warning light indicated a fault.

Staff sent a test train around the track, but it didn’t make it around. Due to a breakdown in communication, staff did not realise this carrigage was still sitting on the track.

Passengers were let back on but as the first carriage made its way around, the computer system stopped it because it showed something was blocking the track.

Engineers were still not aware that there was a fifth carriage sitting on the track and overrode a fault which had been detected by the computer system, sending the ride crashing into an empty carriage with the force of a ’90mph car crash’.

At least 16 were injured and five people were seriously hurt.

Leah Washington from Barnsley, South Yorkshire, and Vicky Balch from Leyland, Lancashire, were both forced to undergo leg amputations as a result of the horror crash.

The Smiler at Alton Park, where 16 people were injured in a 2015 collision (file picture). An investigation found that a computer block stopping the ride because of a stationary car on the track had been over-ridden by staff, causing the crash

The trapped ride-goers had to wait more than four hours to be freed from the crumpled carriage while rescue workers battled to reach them as they sat 25ft up in the air at an angle of about 45 degrees, pinned in by the mangled metal.