Alun Wyn Jones could make a ‘MIRACLE’ recovery to play for the Lions, reveals Warren Gatland

Alun Wyn Jones could still make a ‘MIRACLE’ recovery for the Lions tour of South Africa this summer after dislocating his shoulder in Japan warm-up clash, reveals coach Warren Gatland

Lions head coach Warren Gatland has revealed that Alun Wyn Jones may yet make a ‘miracle’ recovery to join the tour of South Africa.

The Wales lock was named captain of the 2021 squad only to suffer a dislocated shoulder just seven minutes into the warm-up win over Japan at Murrayfield last Saturday.

Jones was replaced by Adam Beard pending further assessment of his damaged joint, but Gatland suggested that he could be fit for the Test series against the Springboks and now it appears that is a distinct possibility. 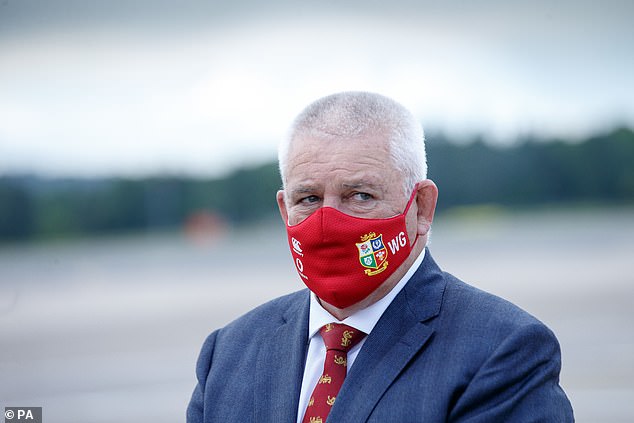 However, Warren Gatland has revealed that Jones could play some part for the Lions

‘Given his age, they think that they could potentially take a few shortcuts, more than you would do with a young player,’ said the Kiwi on Thursday. ‘So he’s kind of optimistic that a miracle may happen, and then he can get himself right.

‘We’re just going to assess it and see how the next couple of weeks goes. I think the specialist said, when he had a look at it, that it wasn’t quite as bad as he thought it would be – but not good enough, obviously, to come on tour to start with. We needed a replacement.’

Considering the prospect of Jones eventually making a Lions comeback, Gatland added: ‘We’re going to monitor that and as we come towards the end of the tour, or if we pick up an injury and he’s making amazing progress, something can happen – you never know. It’s one of those wait and see situations.’

The Ireland scrum-half is an experienced figure with a good chance of starting the Tests – but he lacks the Welshman’s supreme leadership pedigree. 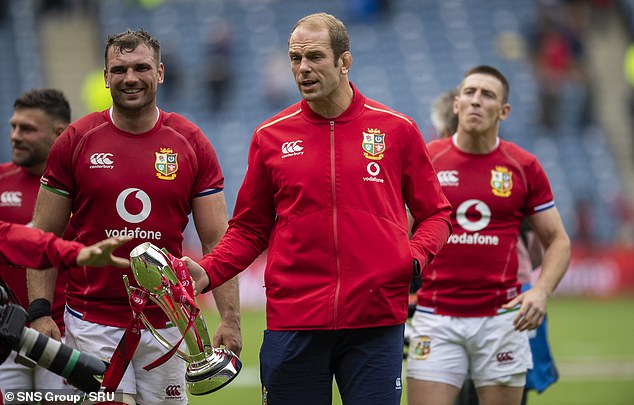