Alvaro Morata admits he would return to Real Madrid

Alvaro Morata has admitted he would definitely entertain a return to Real Madrid, but insists the situation is ‘complicated’.

The Spain striker, who is part of Julen Loptegui’s squad to face Japan and Russia, left the Bernabeu for Chelsea in the summer having grown frustrated with the lack of opportunities following his move back home from Juventus.

Morata started just 19 matches under Zinedine Zidane during his final season in the Spanish capital as he struggled for playing time up against the likes of Cristiano Ronaldo and Karim Benzema.

Alvaro Morata has said he would entertain a return to Real Madrid, but says it is complicated

By comparison, the 25-year-old has started every league game he has been available for at Chelsea since his debut, missing only the defeat to Crystal Palace.

The situation in Spain came to a head in the Champions League, where he played just 25 minutes of football across Real’s seven knockout matches on their way to beating Juventus in Cardiff last June.

Despite a frustrating end to his second spell, however, he revealed he would be prepared to take a third crack at leading the line for the club he originally joined at the age of 16.

‘I felt important for Madrid, but I wanted to play in the knockout stages of the Champions League,’ he said on the radio show El Larguero on Cadena Ser. 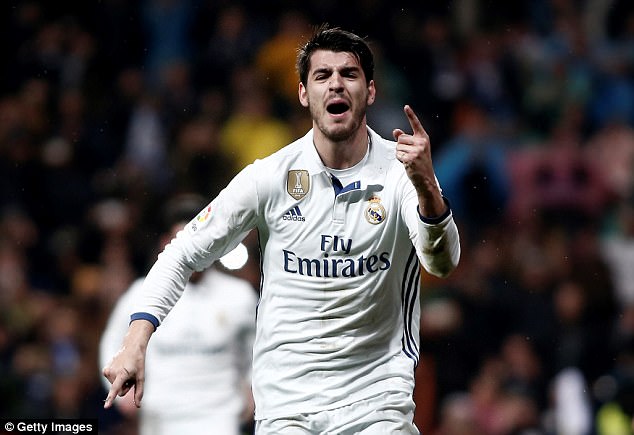 ‘The critics do not affect me. Of course, I would return to Real Madrid, but it’s complicated.’

Having swapped Madrid for London in a £70million move, Morata admitted that there are plenty of differences between the two cities, most notably the weather.

Inside Chelsea football club, however, he revealed there is little different to life under Antonio Conte compared to working under Zinedine Zidane.

‘The difference between Conte and Zidane is not much,’ he said. 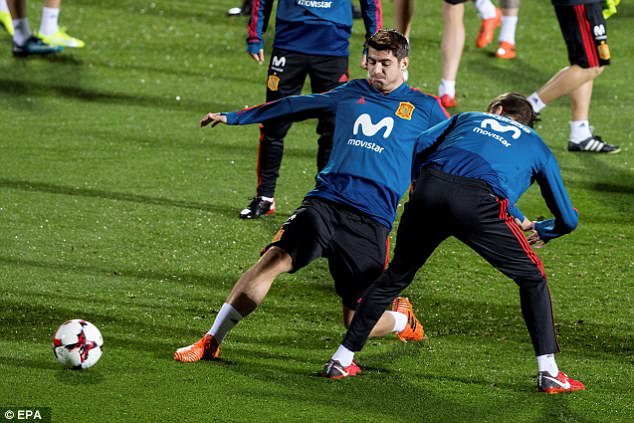 ‘Conte is very passionate, he is a winner. What you see is what you get. Zidane is a winner, and he does it his way.’

Living locally to Stamford Bridge, only five minutes away from the stadium, means on matchdays Morata can still enjoy a taste of anonymity on his way home.

‘There are times when the match ends and the road is closed and I walk,’ he explained to presenter Manu Carreno.

‘I change my clothes, I take off Chelsea kit because if not it’s impossible, I put on a hat and go home. If we win the game I’ll take a beer for the road.’ 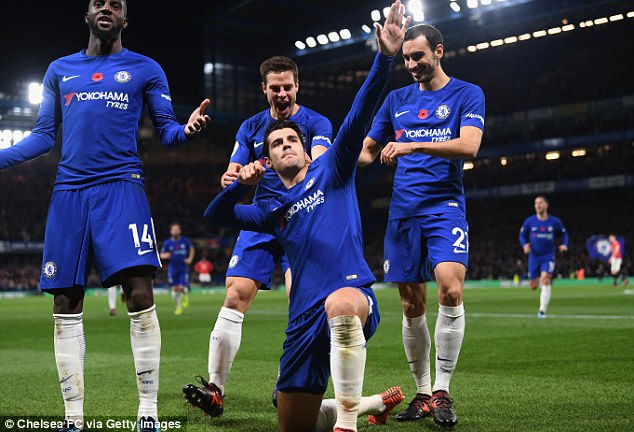