Alvaro Morata pledged his future to Chelsea for the next decade as he attempted to ease fears that he was not keen on life in London.

‘I am happy with the club and the city and with everything in London,’ said Morata, who signed a five-year contract when he arrived from Real Madrid in July.

‘If I make good and improve, probably I can stay here for more than five years. If Chelsea proposed me 10 years, I’d probably sign that, too. But I need to score many goals, otherwise Chelsea will buy another player.’ 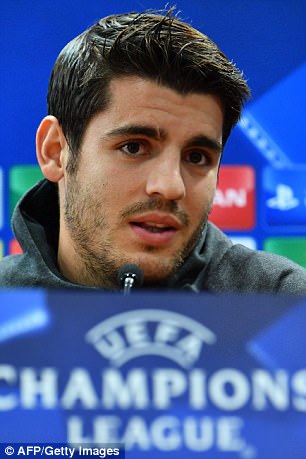 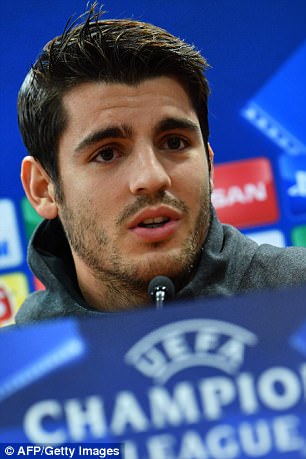 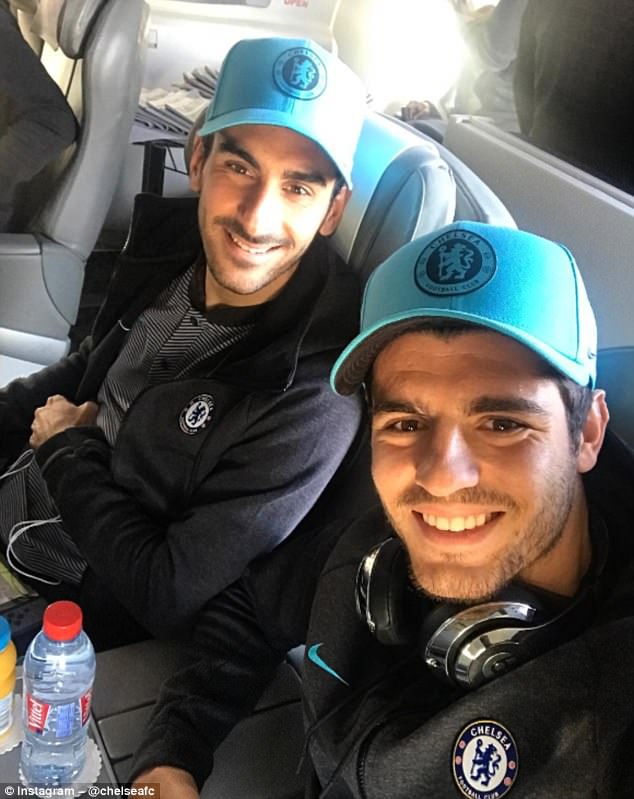 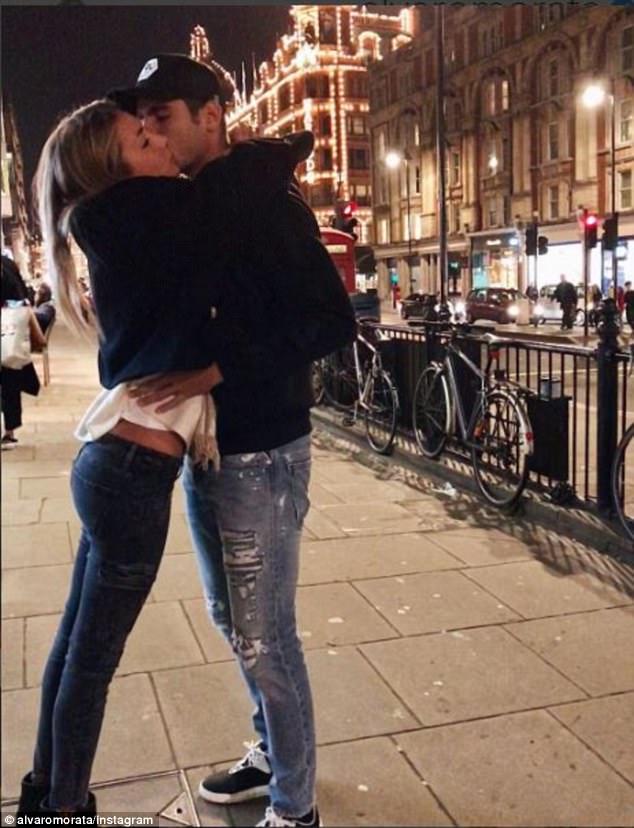 Morata (pictured with his wife), said on Monday London was ‘too big’ with ‘too much stress’ 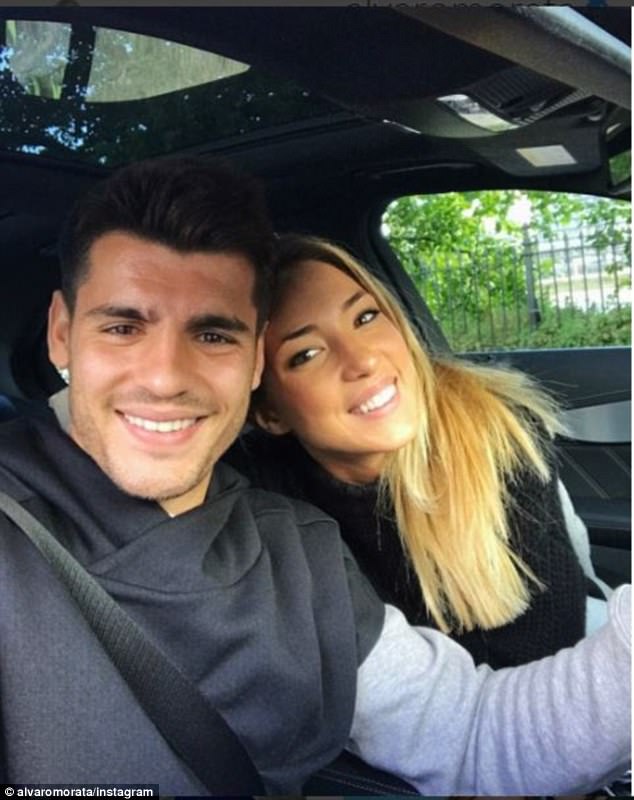 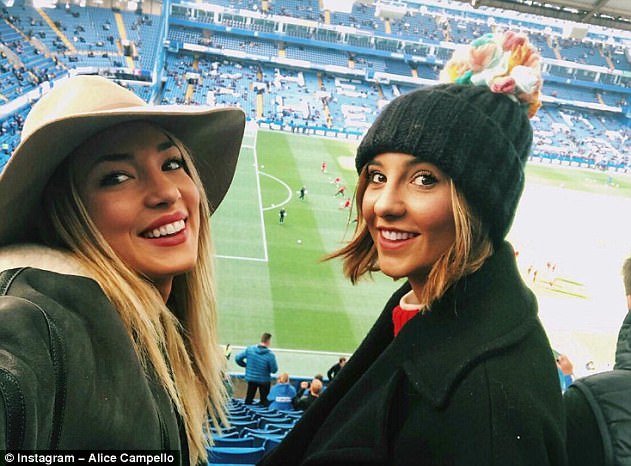 Morata was back in Italy where he starred for two years at Juventus and he was backtracking furiously on an interview published in Gazzetta dello Sport on Monday.

‘London fascinates me with its multi-ethnicity, the coexistence of cultures and religions, but I do not see myself living here for very long,’ Morata told the Italian newspaper ahead of Tuesday night’s Champions League match against Roma.

He said it was ‘too big’ with ‘too much stress’, and claimed Italy was the ‘best place to live’, saying he never wanted to leave Juventus when Real Madrid activated a buy-back clause in his contract in 2016.

‘You have everything,’ said Morata. ‘Beauty, history, art, cooking and fashion. I would never have left Italy and Juve. The disappointment was enormous.’

Chelsea made Morata their record signing when they bought him from Real Madrid in a deal which could cost as much as £70million. 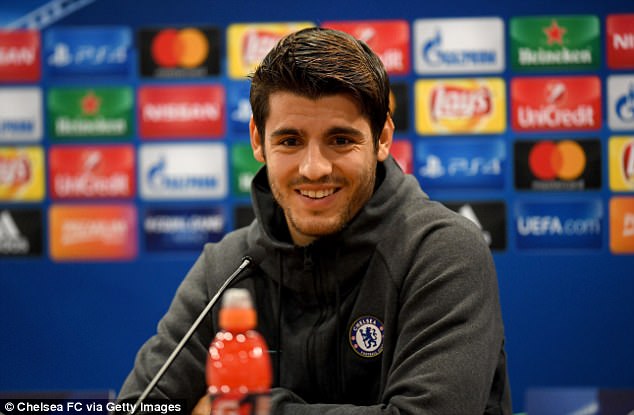 But back in Italy, where he starred for two years at Juventus, Morata backtracked furiously 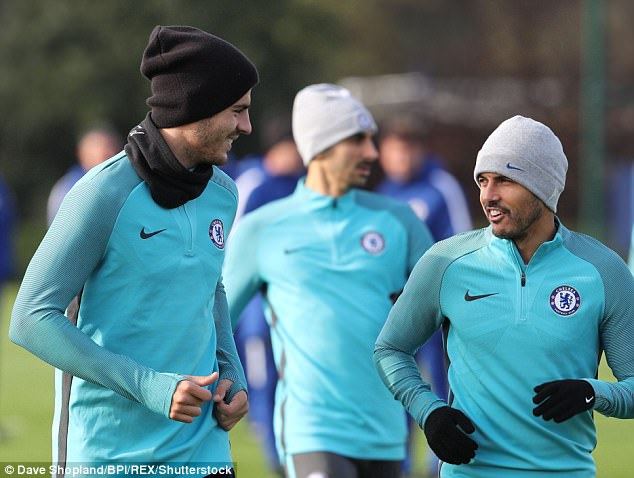 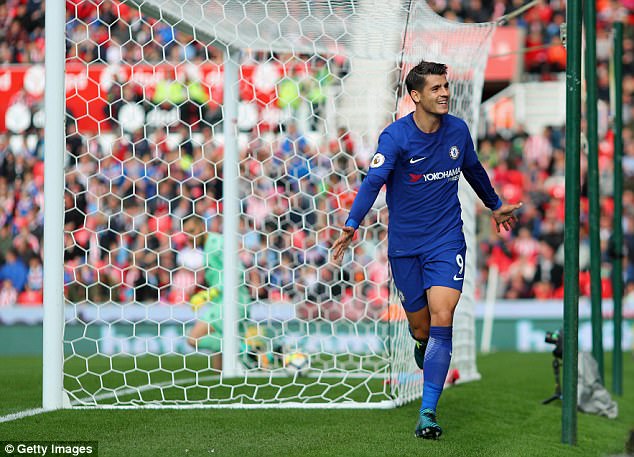 He has made a bright start on the field at Chelsea, scoring seven goals in his 13 first outings 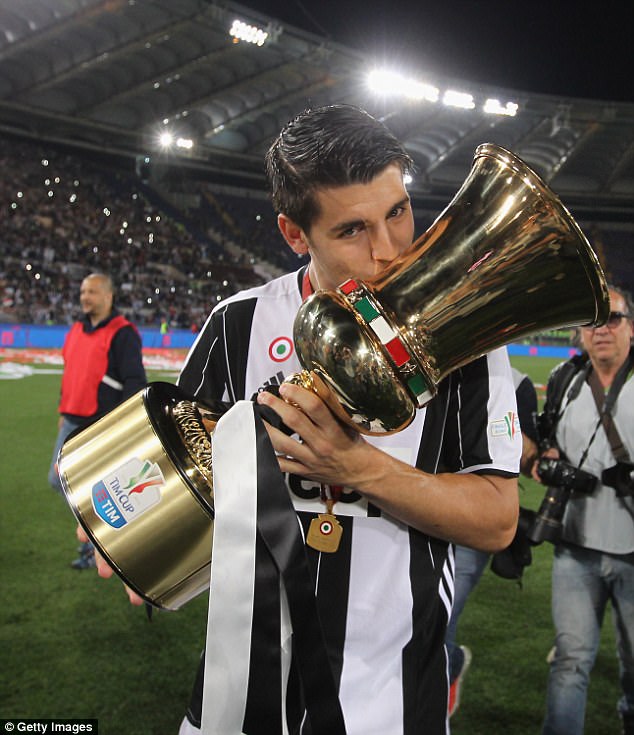 Antonio Conte identified him to replace Diego Costa, who never seemed entirely settled in London, fell out with the manager and pined for Spain until a deal was struck for him to return to Atletico Madrid in January.

When Morata’s interview filtered back from Italy, it seemed like the opening scenes of Costa the sequel – a feeling enhanced because Conte is another with his future in question.

Morata, however, put the whole thing down to a ‘communication problem’ and Conte weighed in to offer his own appraisal of life in London for a Chelsea hero. ‘Alvaro is a good person,’ said Conte. ‘He is enjoying his time in London and enjoying playing with Chelsea, a great team.

‘I know where he is living now with his wife. It is the same building that I lived in last season, a lovely place and not so far from the training ground.

‘I’m sure about this because every time I have spoken with him, he has told me he’s very happy. 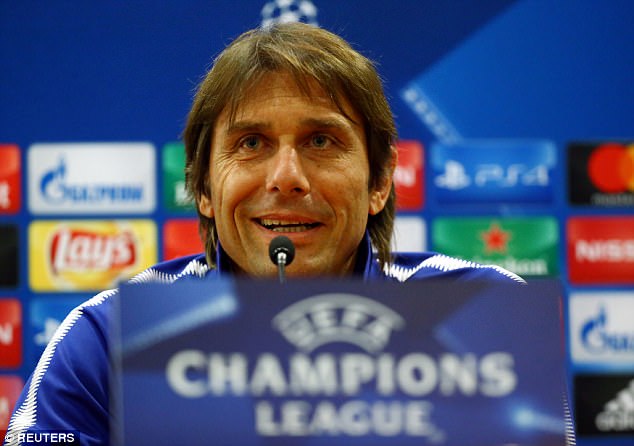 Meanwhile the Chelsea boss, Antonio Conte, weighed in ahead of Chelsea’s clash with Roma 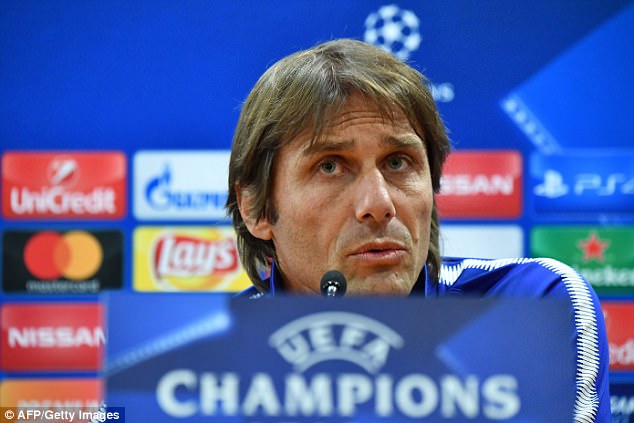 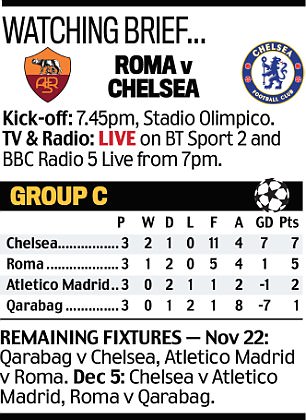 ‘Last season I was alone without my family. When you stay abroad to work with a lot of pressure, it’s good to have your family with you. This season, I solved this problem because my family stay with me and we are enjoying London and enjoying this league.’

Morata explained the problems of his new life in London revolved mainly around its hectic nature and congested streets. ‘When I say it’s a stressful city, I’m only talking about the traffic and that there are a lot of people, but it’s an incredible city,’ said the 25-year-old.

‘It’s normal. For me, I prefer the place I was born. But now I’m very happy.’

Morata started at Chelsea with seven goals in his first seven appearances before a hamstring injury on Spain duty.

He has not scored since his return and was reminded by the Italian media he had not scored in five games against Roma. ‘Now I’m 100 per cent fit,’ said Morata. ‘In the last few games I have not been in the best physical form.

‘It was a little injury but it stopped me for 20 days. I need to come back to full fitness, that’s all.’

Chelsea are two points clear of Roma at the top of Champions League Group C after a 3-3 draw between the teams at the Bridge two weeks ago.

And Conte warned: ‘Roma are in a good moment of form. It is important for us to overcome this difficult period. We are recovering important players, and you know how important it is for me to have all the players available.’ 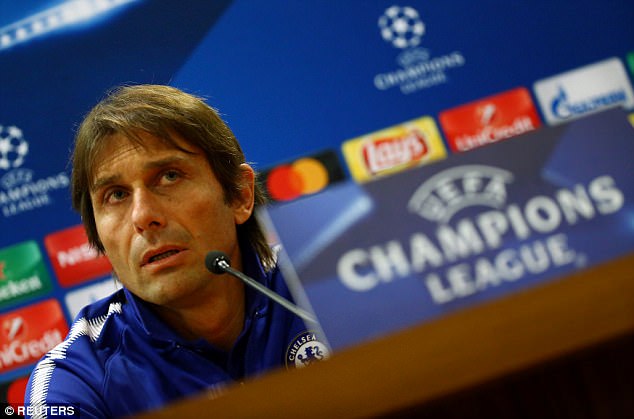 Conte can relate to Morata finding it difficult, as he struggled to settle when he moved