We were warned that he may come back, but still, when Dani Alves announced that he would be joining Sao Paulo on a three-year deal, the move sent shockwaves around Brazilian football.

Injured for PSG at the end of 2017/2018, the most-decorated individual in football missed out on the chance to represent Brazil in Russia at the World Cup.

Despite claims he may be finished at the top table however, a miraculous comeback was made in the following campaign before going on to captain Brazil to glory at the Copa America this summer and being named player of the tournament.

Throughout the competition, as the hosts started slowly yet gradually improved on their way to the final, Alves had been bombarded in press conferences and hounded in the mixed zone as to where his future, still uncertain at that time with his PSG contract winding down, would lie.

Midway through the competition, he at least announced via his social network accounts that his two year spell in the French capital had come to an end, which only increased rumours of a possible return to Barcelona or a reunion with Pep Guardiola at Manchester City.

Indeed, in the days following Brazil’s 3-1 final win over Peru, which saw them lift their first piece of silverware in 12 years, reports emerged that the 36-year-old was on his way to Europe to negotiate with Etihad officials and had offered himself to Barca president Josep Bartomeu.

In the meantime, top brass at Sao Paulo FC including USA ‘94 winner Rai and former West Brom defender Diego Lugano had been working hard behind the scenes to lure Alves, who finally succumbed to their advances at the beginning of August. 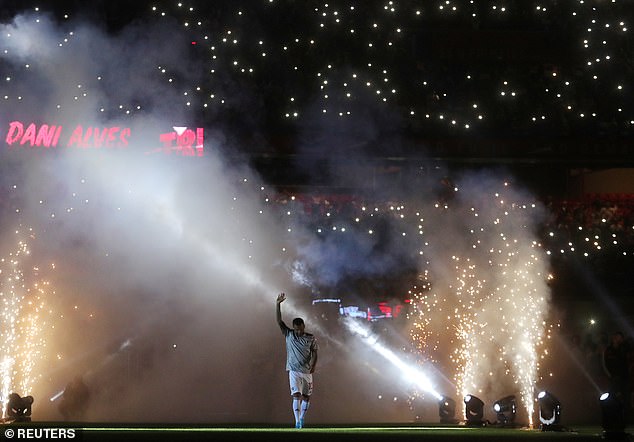 Mobbed at Sao Paulo Guarulhos International, his new employers pulled out all the stops for a subsequent grand unveiling at their Morumbi stadium. Attended by over 45,000 fans, who let off flares and sang their lungs out to give the spectacle a feel of a final, there were video tributes from Lionel Messi and Luis Suarez as club legends Kaka and Luis Fabiano welcomed him in-person.

At a press conference before he took to the field, Alves, clearly nervous, took the chance to end speculation on a few matters. He was not the biggest Brazilian transfer of all time, and instead the cheapest in the history of the game given that only Barcelona had paid money for him over the course of his roaringly-successful career.

Yes, there had been offers from Europe, yet none were stronger than allowing him to fulfil a childhood dream by joining the club he had supported as a child in rural Bahia some 2000kms to the northeast.

This fandom factored into his decision to take the number 10 jersey as a tribute to Rai. Such was the willingness to don the Tricolor as soon as possible, Alves made a plea to feature against Brazilian Serie A leaders Santos a few days later. These calls went unheeded, but the patience of both player and public alike paid off. The following weekend, a fairytale debut was allowed to unfold at the Morumbi when Sao Paulo hosted Ceara. 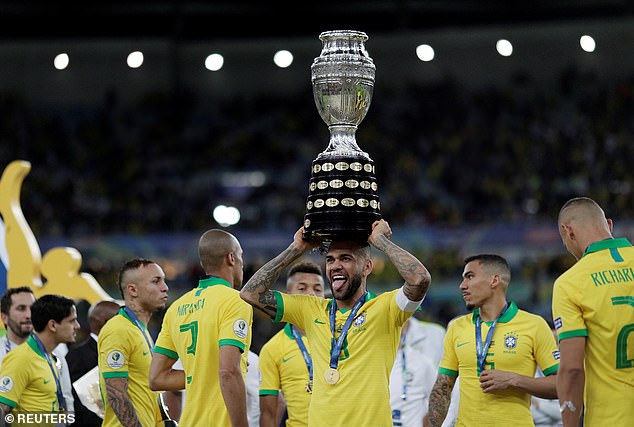 Playing as the actual number 10 he often was at right back, no better seen in Brazil’s 2-0 Copa America final win against Argentina at the Mineirao, Alves scored the only goal of the game from attacking midfield when assisted by fellow new signing Juanfran five minutes before the interval.

A midweek victory away against Atheltico Paranaense notched up midweek, Sao Paulo extended their winning streak and are now just three points adrift even in light of a 2-0 loss against Vasco in Rio.

Alves’ impact has been instant, his influence on the younger members of the team such as the budding Antony evident. His mere presence an inspiration to those at the world famous Cotia academy, which in recent years has boasted talents such as Casemiro, David Neres and Ederson passing through its gates.

Sources at the club claim Alves plans to visit soon and pass on his wisdom to the youth, yet there is also a desire to act as a role model nationwide at a time ‘when young Brazilian men need good references’, as he stated at his unveiling. 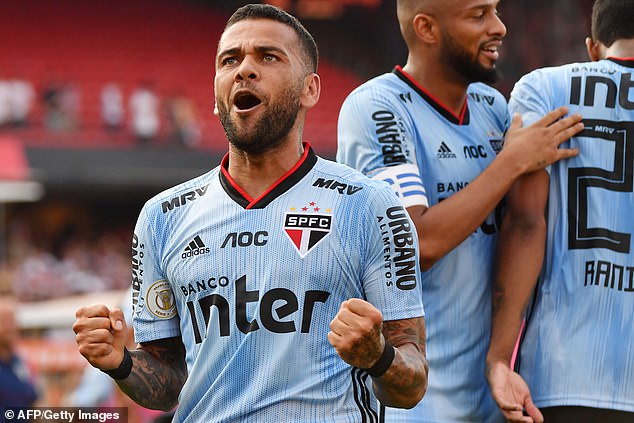 A number of his compatriot teammates have cosied up to the divisive president Jair Bolsonaro, or have sat on the fence scared to take a stance. On the contrary, the national team skipper handed the Copa America trophy at the Maracana by the controversial figure has been vocal and critical of the Amazon wildfire crisis that has shocked the global community this past week.

The self-dubbed Good Crazy side of his character has not been completely abandoned, though. Already, Aves has record a song and music video with MC MAC from the local funk genre influenced by Miami bass and gangster rap.

Playing to the gallery, his Spanish model wife Joana Sanz has joined him in the Southern Hemisphere’s largest city upon request from the fans. Similarly, she will continue her career there.

Alves is keen to stress that he is not here to tick off bucket list items. He has returned home to deliver silverware to a sleeping giant which has gone seven years without it. The promise of regular football and increasing his chances of playing for Brazil at Qatar 2022, by which time he would be nearing 40, provide additional motivations.

Called up to Tite’s next squad to face Colombia and Peru for the Selecao in September, it is so far so good for a model professional and serial winner that is yet to show signs of slowing down.