Aly Raisman’s ex Colton Underwood is competing on the Bachelorette

While the contestants on ABC’s The Bachelorette are usually virtually unknown until they make their dating show debut, observant Twitter users were quick to identify one of this season’s hopefuls.

Taking to the micro-blogging app in their droves, they named one of the 28 men competing to win Becca Kufrin’s heart and hand in marriage as Colton Underwood, 26, a former NFL player who used to date Olympic gymnast Aly Raisman, 24.

And Aly’s most dedicated fans wasted no time in relaying Colton’s dating history.

Observant: Aly Raisman fans were shocked to discover that her ex, NFL player Colton Underwood, 26, is on this season’s The Bachelorette 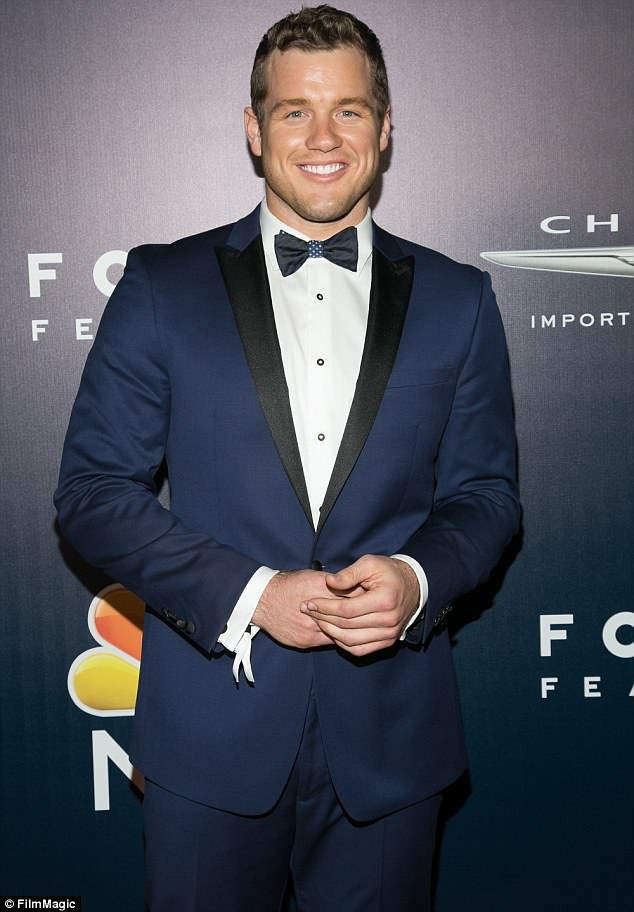 Dating history: Colton, pictured in January 2017, started dating Aly, 24, in December 2016 for around six months after meeting at the MTV VMA’s that year

New flame? Colton is one of the 28 men competing to win Becca Kufrin’s heart and hand in marriage (pictured) on the ABC show

While @Lo_quacious shared: ‘Haven’t started Bach yet but feel it’s necessary to state that Colton dated Aly Raisman for a hot minute’.

Twitter user @CaseyALewis typed: ‘ummm he used to date Olympian Aly Raisman…? I thought they were still together until I saw him on there lol’.

To which @chasspod replied: ‘DID HE?! I ONLY APPROVE IF HE TREATED HER LIKE THE QUEEN SHE IS AND DIDN’T HURT HER’.

Aly and Colton dated for about six months after The Bachelorette hopeful asked Aly out through a live video Q&A having met her at the MTV VMA’s in 2016.

And in December of that year, the then-couple made their red carpet debut at the Sports Illustrated Sportsperson of the Year Ceremony. 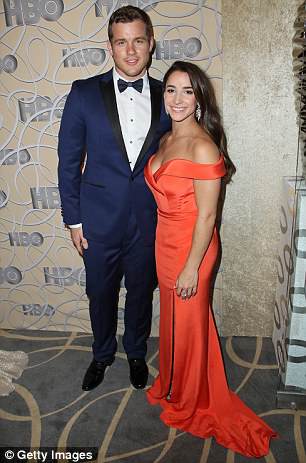 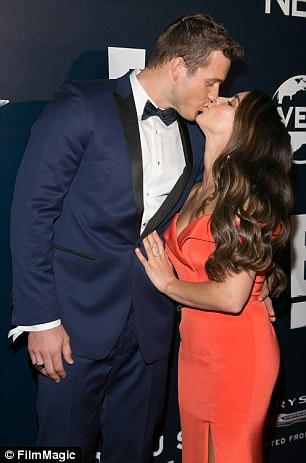 Break up: The then-couple made their red carpet debut at the Sports Illustrated Sportsperson of the Year Ceremony however by August 2017, Colton confirmed their split

Shock: One woman revealed that she thought the former couple were still dating until she saw Colton on the show

Romantic: One woman told her followers they should never forget Colton and Aly were once a couple

Hot minute: Another woman stipulated that the couple had only been together for ‘a hot minute’ but still felt it was worthwhile to point it out

However, the romance was short-lived and Colton confirmed their split to the Lincoln Journal Star in August 2017: ‘We’re taking a break right now. We’re still good friends and talk, but all that travel had been a nightmare.’

The couple were doing a long-distance relationship throughout their time together – Colton lives in Colorado while Aly lives in Massachusetts.

Before he started dating Aly, Colton made his NFL debut in 2014 as part of the San Diego Chargers team. He was signed as a free agent and waived after only a few months.

In December 2014, Colton signed a future contract with the Chargers but in September of the following year, he was waived.

However he hasn’t been signed to a team or their practice squad since he was cut from the Oakland Raiders in 2016.