Am I entitled to a share of my divorced husband’s private pension?

I was left with nothing when I divorced my husband, so am I entitled to a share of his private pension? Steve Webb replies

My husband and I divorced. Our divorce didn’t state that we couldn’t share pensions, so I was wondering if I was entitled to a share of his private pension?

As from 2016 I can’t use his National Insurance contributions and I was left with nothing and four children at the time.

Pension and divorce question: Our divorce didn’t state that we couldn’t share pensions, so I was wondering if I was entitled to a share of his private pension?

Steve Webb replies: Dealing with sharing pensions on divorce is a complex area and it is always good to get professional advice if at all possible.

Although paying for advice can seem expensive, the cost can often be recovered many times over if you get a better deal as a result. But let me give you some general information about how the process works.

With regard to the state pension, as you suggest, the position of divorced people depends on whether you reached state pension age before or after 6th April 2016.

If you reached pension age before that date you come under the ‘old’ state pension system.

Under that system, a person who was still divorced at pension age (so had not remarried) should benefit from their ex-spouse’s contributions up to the date of their divorce. These can be used to boost their basic state pension. 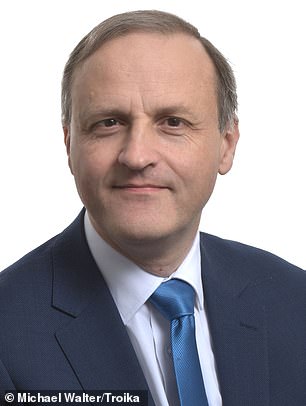 In addition, any ‘additional’ state pension (often called SERPS) that an ex-spouse is entitled to can be shared, but only as part of a formal divorce settlement signed off by a court.

Those who divorce *after* reaching pension age can get their basic state pension reviewed, but they must notify DWP of their divorce for this to happen.

For those who reach pension age on or after 6th April 2016, the new state pension system has very little provision for those who divorce.

In particular, there is no general provision for using the contributions of an ex spouse to boost your own state pension.

However, if your ex spouse had a relatively large state pension entitlement (one in excess of the standard flat rate) then any excess above the flat rate can in principle be shared.

Again, this would have to be part of a formal divorce settlement.

In terms of private pensions, there are various ways in which someone who divorces can benefit from the pensions of their ex spouse, and different rules may apply in Scotland from the rest of the United Kingdom.

In England and Wales, the three main ways in which you can benefit from the pension of your ex spouse are:

There are pros and cons of each approach, and valuing pension rights is a highly complex business so it is very important to get professional advice if possible.

If you had a court order when you divorced then it would generally be very difficult to reopen that settlement now, even if there was no allowance made at the time for pensions.

However, if there was no court order at the time it may be possible to get a court order now, and this could take account of pensions.

But if a long time has passed since you divorced the court may not feel it is fair to open things up at this stage. Again you would need to take legal advice.

A very helpful guide for consumers on how pensions are handled on divorce can be found at: A survival guide to pensions on divorce | Advicenow.