She’s enjoying life out of the spotlight as she continues to recover from a mental health breakdown in 2014.

And Amanda Bynes looked great as she was spotted out in Los Angeles on Tuesday, showing off a new brunette look.

The 32-year-old was stylish in dark skinny jeans and a graphic T-shirt which she teamed with a black blazer.

Going to the dark side: Amanda Bynes rocked dark locks in Los Angeles on Tuesday

Her blonder locks appeared to be freshly dyed a raven hue and she sported some oversize shades.

Earlier this month Amanda enlisted her lawyer to take action after being terorrized by fake Twitter accounts.

The She’s The Man actress had reportedly been complaining for years about the bogus accounts and her legal team have made repeated requests to Twitter to take them down.

One of the alleged imposters wrote an Instagram post asking fans for money to help with medical bills but the account appears to have been taken down.

‘At the end of the day, if an account is getting attention and buzz Twitter isn’t taking it down,’ her attorney, Tamar Arminak, said. ‘Even if it’s mocking someone who is mentally ill. It’s mocking mental illness as a whole and letting this imposter terrorize Amanda with every tweet. 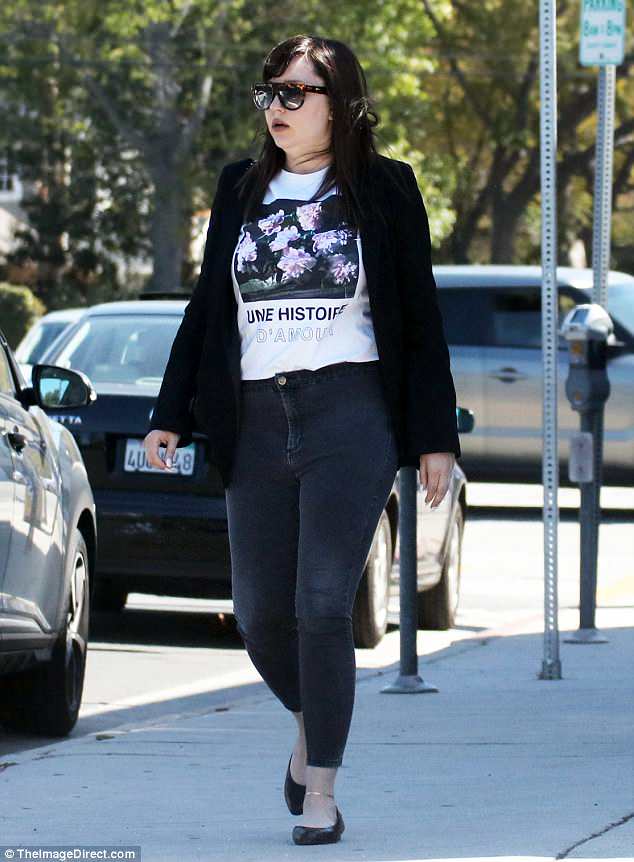 She continued: ‘I sent demand letters telling Twitter to take down the account because it was impersonating her, bullying her, asking for money in her name etc. Twitter came back saying it was a parody account and refused to take it down,

‘I’m the biggest proponent of the First Amendment, but what is there to parody about mental illness? Why is that funny? Why is what happened to this kid parody-worthy?’

Last year Amanda’s lawyer said the star was ‘doing really great’, looking forward to finishing fashion school and had plans to officially return to the spotlight in 2018.

Her lawyer told Page Six in December: ‘She has had several offers but is waiting for the right one to come along for a comeback.’ 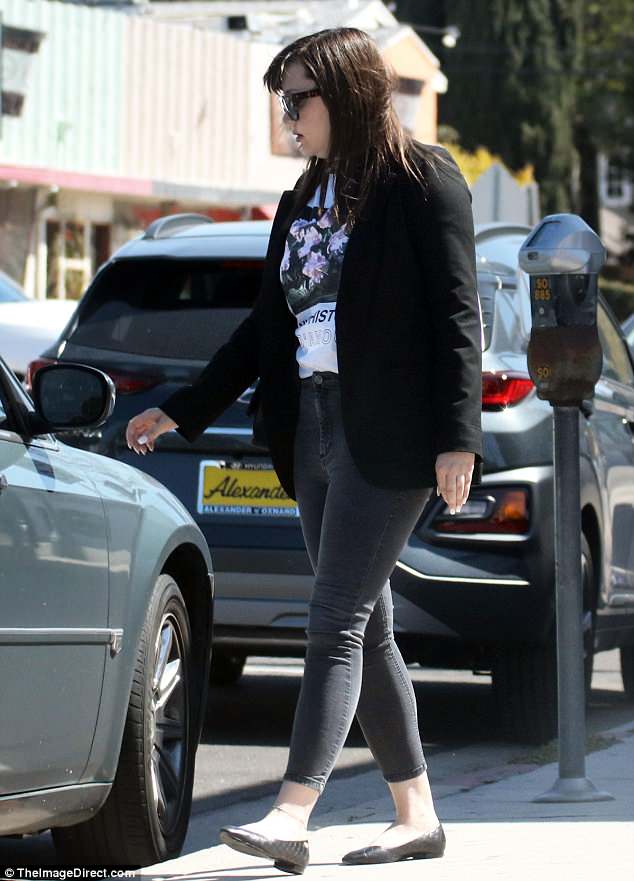 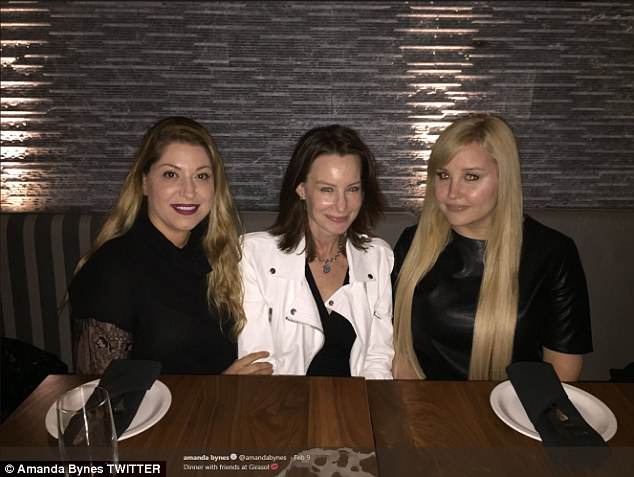 Bouncing back: Amanda returned to Twitter in February posting this snap from a dinner with pals

Amanda has had a difficult past.

She was involuntarily committed to a Pasadena psychiatric treatment facility in 2014 following a very public meltdown involving a string of bizarre run-ins with the law dating back to 2012.

Among Bynes’ offenses were two hit-and-runs and a DUI in 2012, as well as a 2013 arrest for throwing a bong out of a window of the 36th floor of her Manhattan apartment.

The actress was reported to have been diagnosed with Bipolar disorder and Schizophrenia, however her lawyer denied she’s suffering from the latter. 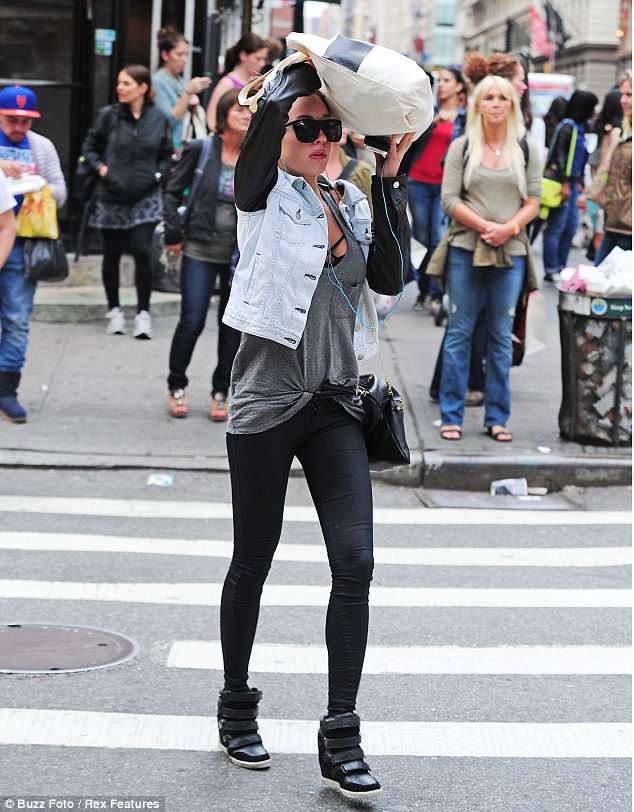 Hiatus: The actress’ last role was in 2010’s Easy A. She was involuntarily committed to a Pasadena psychiatric treatment facility in 2014 following a very public meltdown. She is seen in NYC in 2012