A woman who lost her arm during a car accident can now feel her missing limb thanks to groundbreaking technology that uses vibrations to activate the nerves.

Amanda Kitts, 49, lost her left arm in April 2006 when her small Mercedes sports car collided with a large Escalade SUV van while driving home from dinner.

She’s worn prosthetic arms for approximately 12 years, but for the first time the mother-of-one said she can actually feel the hand and fingers of the bionic arm move.

This is due to technology created by researchers at Cleveland Clinic that restores natural movement and sensations in people with upper limb amputations, providing them with more spatial awareness.

The scientists said their breakthrough could enhance amputee patients’  ability to control their prostheses and improve quality of life.

Amanda Kitts (pictured here) said the new technology enables her to feel the hands and fingers of her amputated arm, which helps improves the motor function of her prosthetic limb 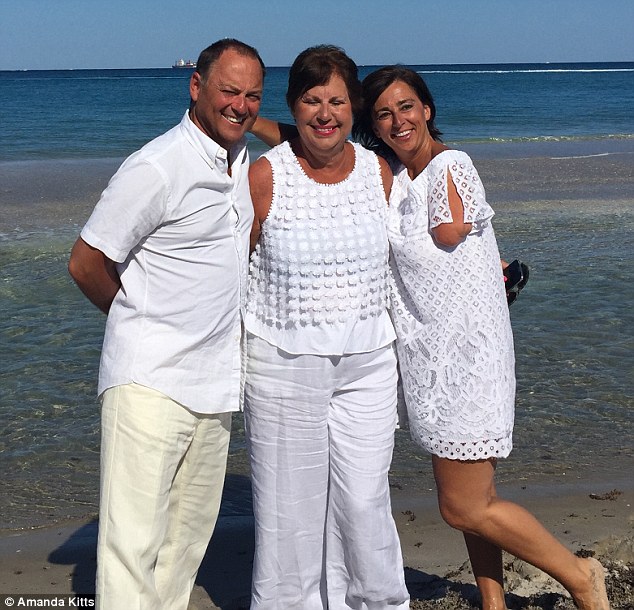 Amanda, of Bonita Springs, Florida, was driving home to her husband Thomas at dusk when her car collided with a huge SUV.

She said the SUV’s tires flew off and its axle, which is connected to the wheels of the car, crashed into her windshield and nearly severed her arm. Amanda said her arm looked like ‘minced’ meat.

She woke up the next morning in the hospital and was shocked that her left arm was gone.

‘I think I was in shock for about two weeks,’ she said. ‘I just couldn’t believe what happened.’

When you touch something [with a prosthetic arm], it’s nice to feel that… You want the prosthetic to be a part of your body

Amanda Kitts, who lost her left arm in a car accident in 2006

Her son Casey, who was nine years old at the time, couldn’t understand what was happening.

‘It was pretty hard on Casey,’ she said. ‘He didn’t even want to get in a car after that.’

She told Daily Mail Online she was devastated and depressed for the next two years after her arm was amputated.

‘I was horrified,’ she said. ‘I thought it was the worst thing that could happen to me. I just couldn’t deal with it.’

Within six weeks of the accident, she started traveling to Chicago to participate in studies that helped her regain the sense the sense of touch in her arm.

She was even involved in a 2009 Chicago study that allowed her to control her prosthetic arm by simply using her thought. But she always felt some sort of disconnection with the artificial limb. 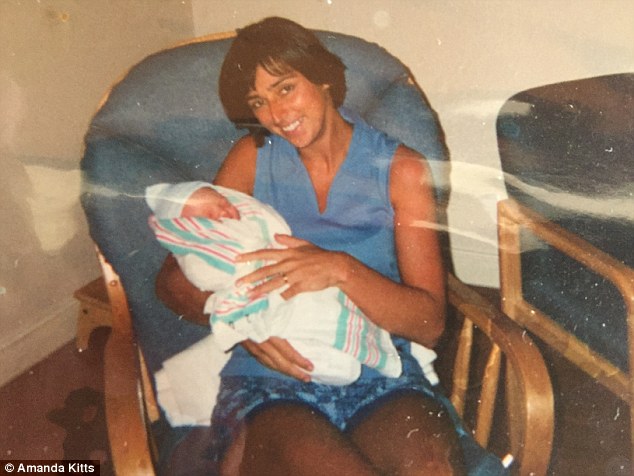 However, she said researchers at Cleveland Clinic gave her the ability to feel her palm, back of her hand and each finger of her missing limb.

‘When you touch something, it’s nice to feel that as opposed to looking over to make sure you’re holding something,’ said Amanda, who started working with researchers at Cleveland Clinic in 2014. ‘You want the prosthetic to be a part of your body.’

The researchers used a brain-computer interface that applied pressure on certain parts of Amanda’s arm, enabling her to feel sensations of her missing limb. This enabled her to move the prosthetic limb as if it were completely integrated with her body.

Amputee patients who are able to feel their missing arms while operating bionic limbs are able to perform tasks just as well as able-bodied people.

‘By restoring the intuitive feeling of limb movement – the sensation of opening and closing your hand – we are able to blur the lines between what the patients’ brains perceived as “self” versus “machine”,’ said Dr Paul Marasco, who lead the study.

This technology will change the way I feel about myself, my prosthetic arm and my body… It’s one more improvement toward having an actual real arm

Dr Marasco and his colleagues set out to see if movement illusion, or the sensation that a missing limb is still attached, can help patients better control their prosthetic arms in an effort to improve the relationship between the mind and prosthesis.

They recruited six patients, including Amanda, who had previously undergone targeted nerve reinnervation, a procedure that essentially redirects nerve function to remaining muscles – this enables them to move their bionic limbs by just thinking.

Researchers found that when they paired arm muscle vibrations with a virtual hand, amputee patients were able to improve their grip skills – even when they weren’t looking at their artificial limb.

‘I was working with Paul and he was just poking in my arm,’ said Amanda, who manages property in Florida. ‘Then I felt something and I told him “Wow that’s my thumb”.’ 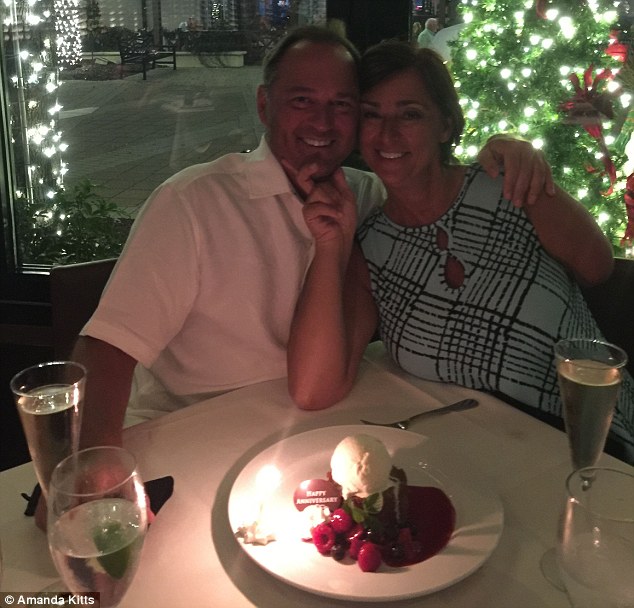 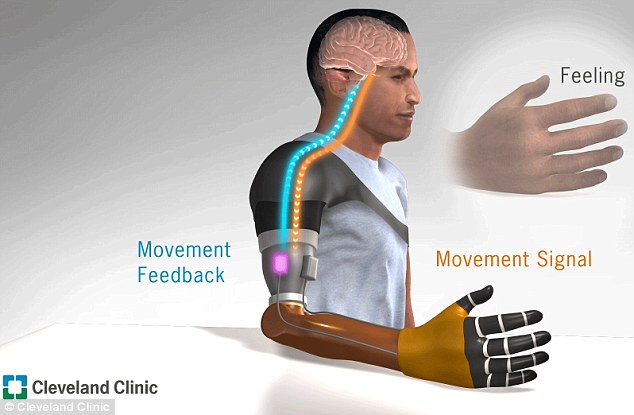 When this occurred, patients not only felt their missing limbs move, they were also able to better manipulate their bionic arms to guide complex grips.

‘Decades of research has shown that muscles need to sense movement to work properly. This system basically hacks the neural circuits behind that system,’ said Dr James Gnadt, program director at the National Institute of Neurological Disorders and Stroke.

‘This approach takes the field of prosthetic medicine to a new level which we hope will improve the lives of many,’ he added.

When able-bodied people move, the brain receives sensory feedback about the movement’s progress.

Researchers said this ability helps prevent people from making errors, such as overreaching and knocking over a glass of water that is only a few inches away.

When you make a movement and then you feel it occur, you intrinsically know that you are the author of that movement and that you have a sense of control or “agency” over your actions

Unfortunately, amputee patients lose this sense of feedback and they cannot control their prostheses without having to watch them carefully at all times.

‘To feel your hand when you’re closing it or to feel your fingers move… That’s going to be really amazing,’ said Amanda, who said it took her about two years to recover mentally from losing her left arm.

‘When you make a movement and then you feel it occur, you intrinsically know that you are the author of that movement and that you have a sense of control or “agency” over your actions,’ Dr Marasco said.

However, he and his team found that muscle vibrations can provide amputee patients with better spatial awareness and improve their motor control without them having to visually monitor their bionic arms.

‘This technology will change the way I feel about myself, my prosthetic arm and my body,’ Amanda said. ‘It’s one more improvement toward having an actual real arm.’

Researchers are looking for ways to use these techniques to benefit those who have lost their legs, as well as those who suffer from conditions, such as strokes, that limit movement sensations.