Amanda Knox was accused of murder once again as she posed in period dress for a Victorian-themed mystery party.

The 31-year-old, whose real-life murder mystery gripped the world when she was accused of killing British student Meredith Kercher in Italy in 2007, played a British countess accused of stabbing the owner of a priceless artwork.

Joking that she had been accused of murder once again, she said her character had been exonerated in four hours, adding: ‘Better than four years’.

Ms Knox, from Seattle, Washington, spent four years in an Italian prison after she and her ex-boyfriend were jailed for the murder, but she was found not guilty in 2011.

Amanda Knox (left) was accused of murder once again four years after the end of her Italian ordeal, as she posed in period dress for a Victorian-themed mystery party 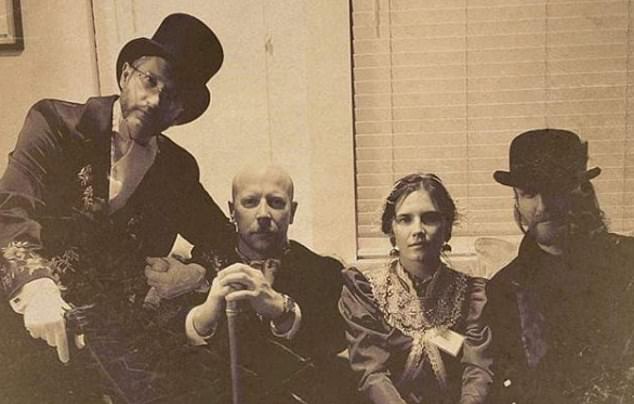 Ms Knox (second from right), now 31, joked that it had taken only four hours to exonerate her, compared to the four years she spent in an Italian prison over the death of Meredith Kercher

Posting the pictures on Instagram, she said: ‘Victorian London: A priceless painting goes missing and the owner is found both poisoned and stabbed.

‘And would you believe it, I, the Countess of Lovelace, am accused. Also acquitted, all in 4 hours. Better than 4 years.’

She appeared to be playing Ada Lovelace, a 19th-century British mathematician who worked on a very early form of computer programming.

The body of Ms Kercher, a 21-year-old British exchange student, was found by police in the flat she shared with Ms Knox on November 2, 2007.

Ms Knox and her then boyfriend Raffaele Sollecito were arrested and later convicted of murder and sexual assault in 2009. 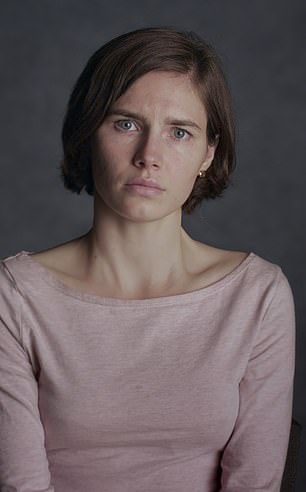 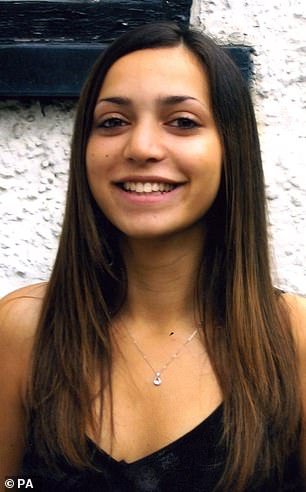 Amanda Knox, left, was initially convicted of murdering British exchange student Meredith Kercher, right, in Italy in 2007 but she was later cleared of the killing 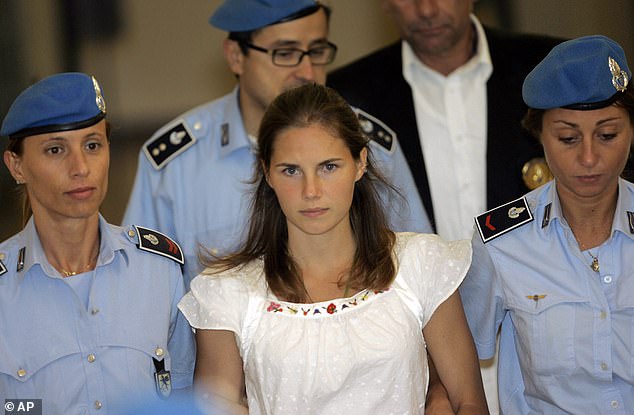 Ms Knox, then 21, is led from a court in Perugia after a hearing in 2008. She served four years in an Italian prison after she was wrongly convicted

After three years in custody, Ms Knox was released and left Italy for the United States.

Ms Knox challenged the malicious conviction, but the Court of Cassation quashed her acquittal in 2013 and referred the case back to the Assize Court of Appeal.

That court re-sentenced her to more than 28 years in prison for complicity in sexual assault and murder, and three years for malicious accusation.

Ms Knox launched another appeal, and in 2015 she and Mr Sollecito were acquitted of sexual assault and murder by Italy’s highest court, but Ms Knox was not cleared of the malicious accusation charge. 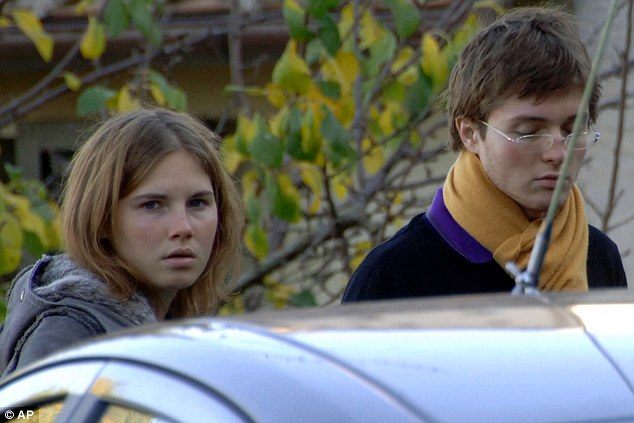 Heading home: Amanda Knox at Rome’s Leonardo da Vinci Airport in October 2011 as she prepared to return to Seattle following her acquittal 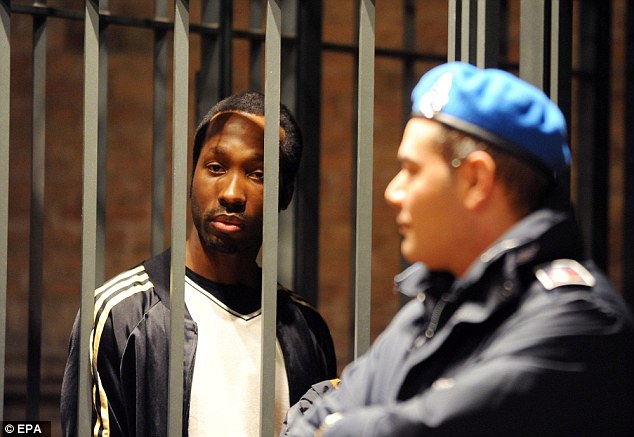