Amanda Knox reveals she is ENGAGED

Amanda Knox is engaged after accepting a bizarre, ET-themed proposal from her novelist boyfriend Christopher Robinson at their home in Seattle.

Knox, 31, shared a video of the proposal on YouTube on Friday.

It showed her hemming a ‘cloak’ at the beginning of the clip as Robinson, a novelist, stood behind her.

He then took her into their front yard where he had staged a fake meteor which contained a ‘data crystal’ describing their ‘coalescence’.

She and Robinson have been dating since 2015. They met while she was engaged to someone else but sparks flew when she reviewed his book.

Amanda Knox accepted her boyfriend Christopher Robinson’s proposal . She shared a video of it on YouTube on Friday 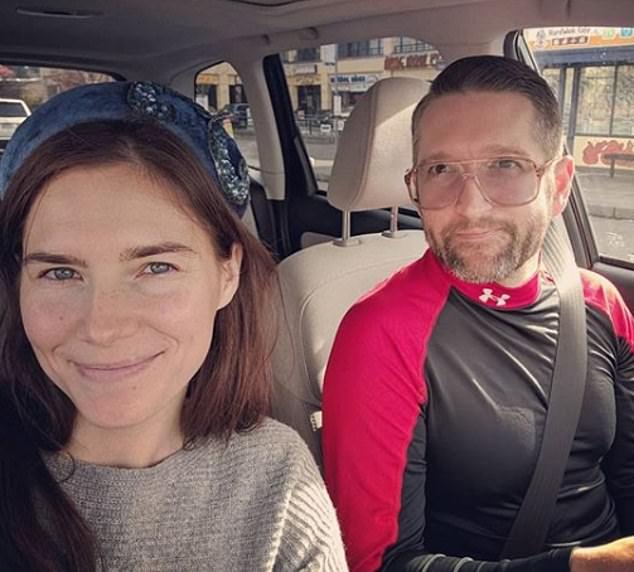 Knox and her boyfriend Christopher Robinson have been dating since 2015. They met while she was engaged to someone else and was reviewing Robinson’s book

After leading her out to their front yard to propose, Robinson then got down on one knee and asked her: ‘I don’t have a ring, but I have a big rock.

‘Amanda Marie Knox, will you marry me?’

After saying yes, the pair kissed passionately while the camera rolled.

In movie-style credits at the end of the video, Robinson revealed it took him more than a year to put the proposal together.

He added that Amanda ‘doesn’t wear rings, for the record.’

The ‘data crystal’ inside the fake meteor read in part: ‘No other pre-singilarity union produced as much cerebral-empathic heat as the joining of Amanda Marie Knox and Christopher Gerald Robinson.

‘Known in the parlance of the times as a “power couple”, Knox and Robinson pursued diverse projects of grand ambition. Even as they pursued each other.

‘For their love grew exponentially from their initial encounter when Knox reviewed Robinson’s debut novel.’ 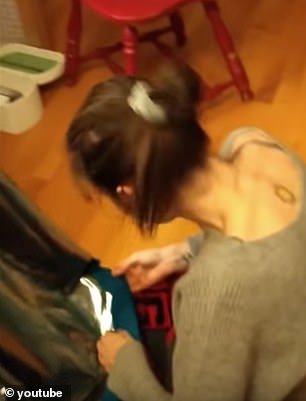 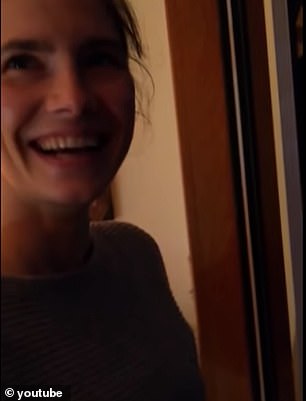 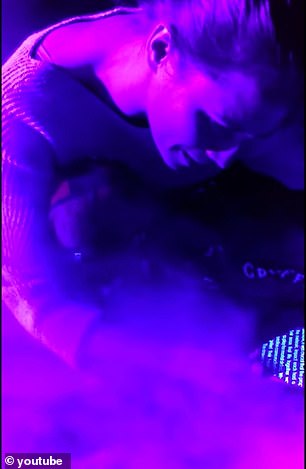 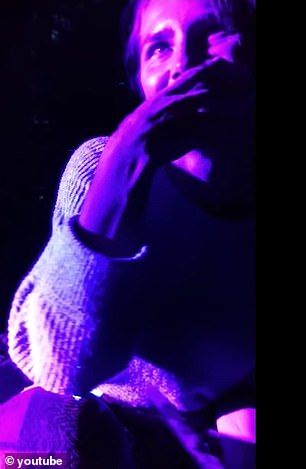 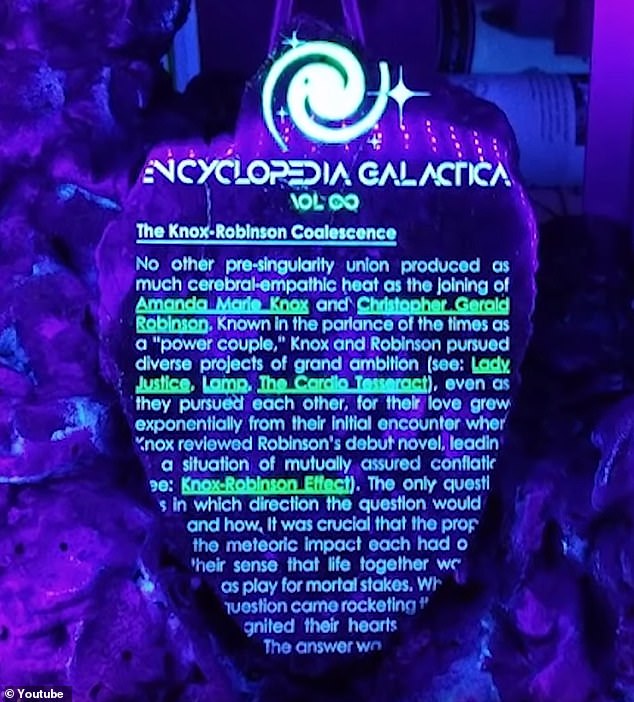 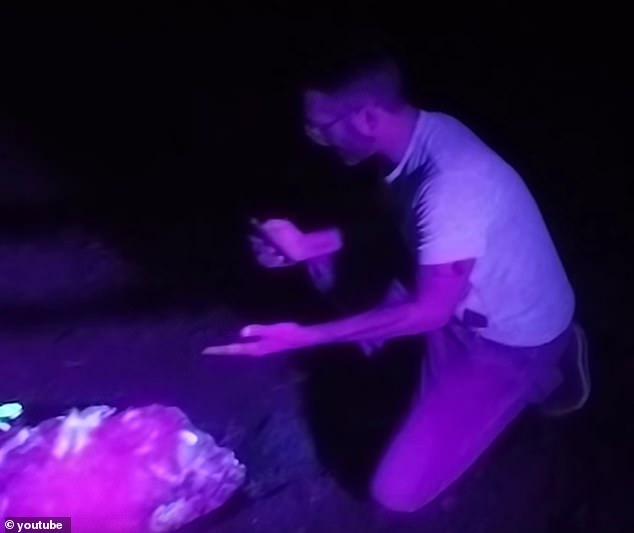 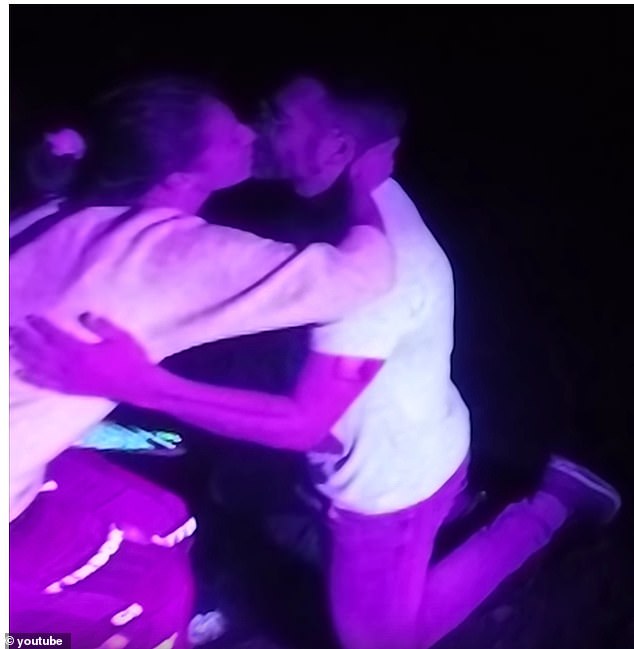 Yes! The pair then kissed passionately for several seconds while the camera filmed them 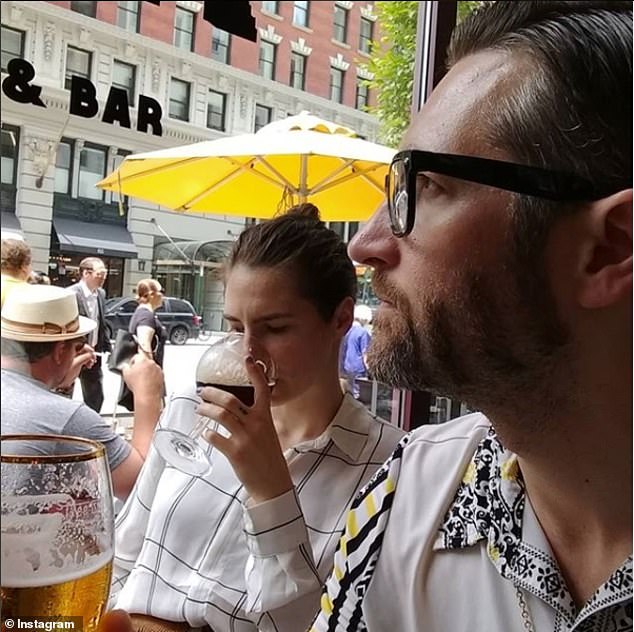 Robinson and Knox have been dating since 2015. They met when she was engaged to someone else

Knox uploaded a small snippet of the video to Instagram on Friday.

She accompanied it with the caption: ‘It was just your average Sunday night, when suddenly…’

She then directed followers to her YouTube channel to watch the full proposal.

Knox returned to the US in 2011 after having her murder conviction for the killing of British student Meredith Kercher overturned.

But she was tried in absence again and found guilty by an appellate court in 2014. 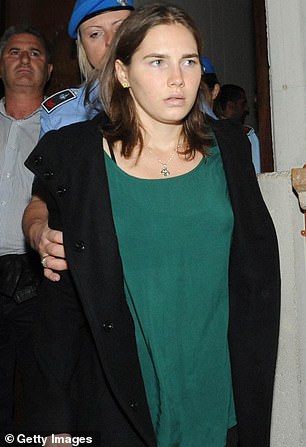 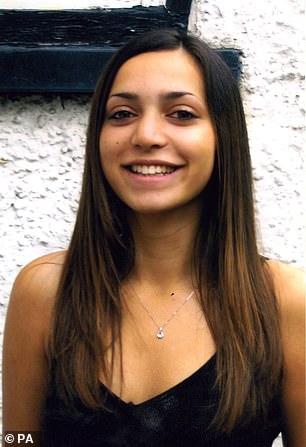 Knox was twice convicted and twice acquitted of the murder of British student Meredith Kercher. The pair were both exchange students in Perugia, Italy, when Kercher was found dead with her throat slashed in 2007

Since returning to the US, she has since taken part in a Netflix documentary and has written books and articles.

In 2007, Kercher was found murdered in the villa she shared with Knox while the pair were both studying abroad in Perugia, Italy.

Knox and her boyfriend at the time, Raffaele Sollecito, were accused of murdering her in a sex-game-gone-wrong.

They were convicted of the murder in 2009 but were freed on appeal two years later.

Drifter Rudy Guede was also tried. He was found guilty and is still in jail. 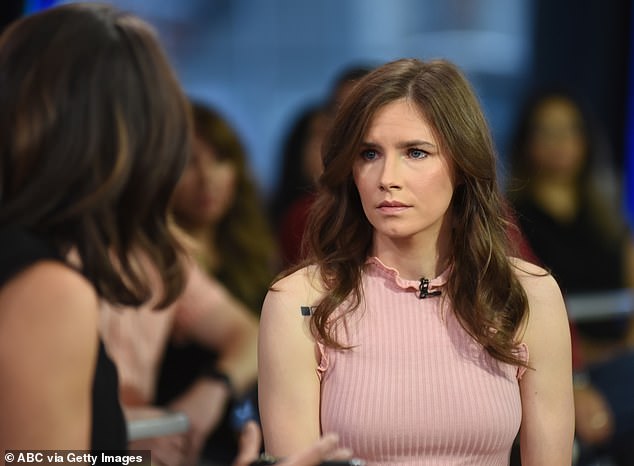 Since returning to the US in 2011, Knox has appeared in a Netflix documentary and made national television appearances. She is also a writer for local and national news outlets at times