The Bachelor alum Amanda Stanton has defended sharing a picture of her five-year-old daughter in a swimsuit online after trolls claimed she was not promoting body positivity and instead allowing her child to be sexualized.

The 29-year-old mom-of-two shared a mirror selfie of her daughter Charlie Emma in a two-piece floral swimsuit on Saturday before the family headed to the beach.

‘Getting ready for a beach day,’ Amanda wrote in the caption of what she believed to be a harmless picture to share. But it quickly sparked backlash from followers online. 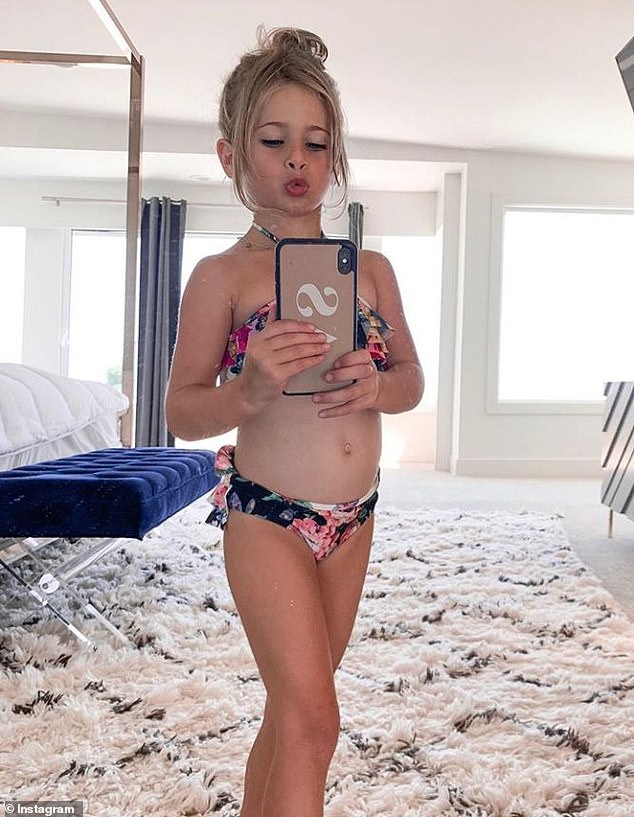 Strike a pose: The picture showed the five-year-old girl, Charlie Emma, posing in a mirror selfie. The child was wearing a two-piece swimsuit and adorably pursing her lips 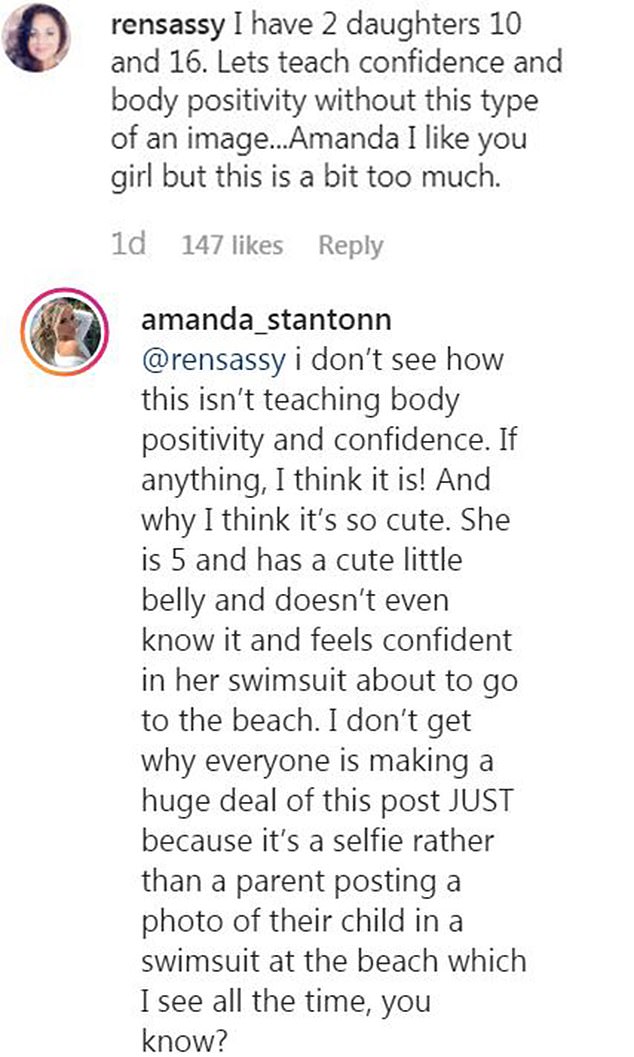 Clapping back: Critics online questioned Amanda promoting ‘body positivity’ by sharing the swimsuit picture of her young daughter. But Amanda was quick to defend herself

In the picture, five-year-old Charlie pursed her lips and appeared to have her mirror selfie tricks down pat for getting the perfect image.

The adorable moment turned sour, though, after a number of online trolls attacked Amanda for deciding to share the picture with followers.

‘I have 2 daughters 10 and 16. Lets teach confidence and body positivity without this type of an image…Amanda I like you girl but this is a bit too much,’ one commenter wrote after viewing the image.

Amanda was not willing to let the comment stand and decided to reply to the follower with her perspective on sharing the selfie.

She wrote: ‘I don’t see how this isn’t teaching body positivity and confidence. If anything, I think it is! And why I think it’s so cute. She is 5 and has a cute little belly and doesn’t even know it and feels confident in her swimsuit about to go to the beach.

‘I don’t get why everyone is making a huge deal of this post JUST because it’s a selfie rather than a parent posting a photo of their child in a swimsuit at the beach which I see all the time, you know?’

Followers praised Amanda for responding back and defending her position, but there were still other people who wanted to know if the mom was concerned about others ‘sexualizing’ her daughter. 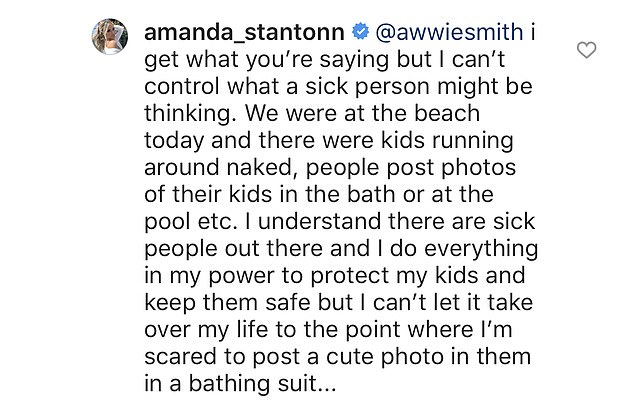 Speaking out: Other commenters wanted to know if Amanda was concerned about online predators. Above was her response to that question 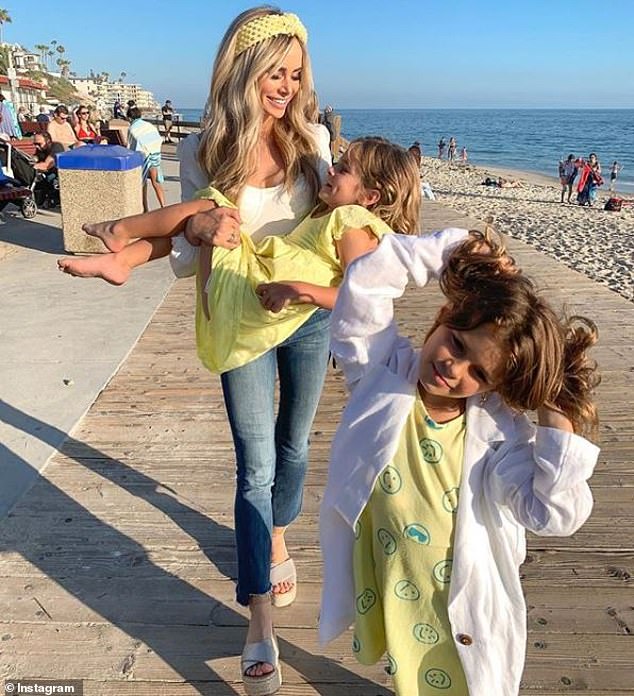 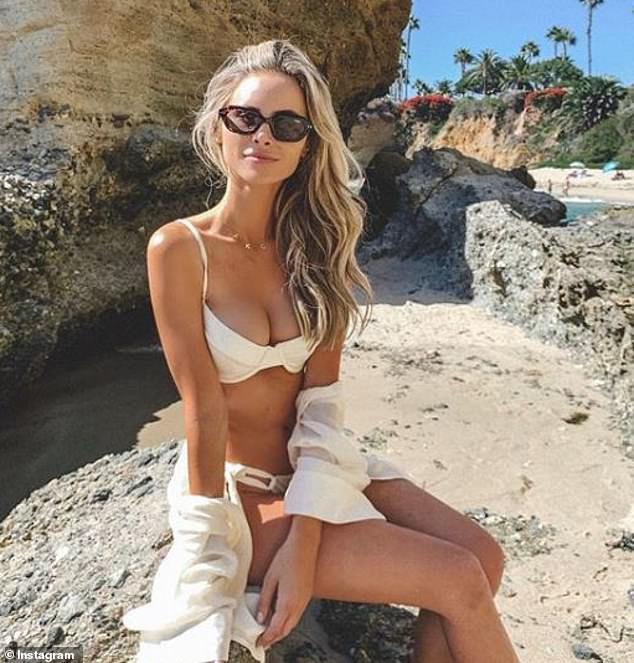 Standing up: The mom-of-two was unwilling to let any critics bring her down after sharing the adorable swimsuit picture of her daughter 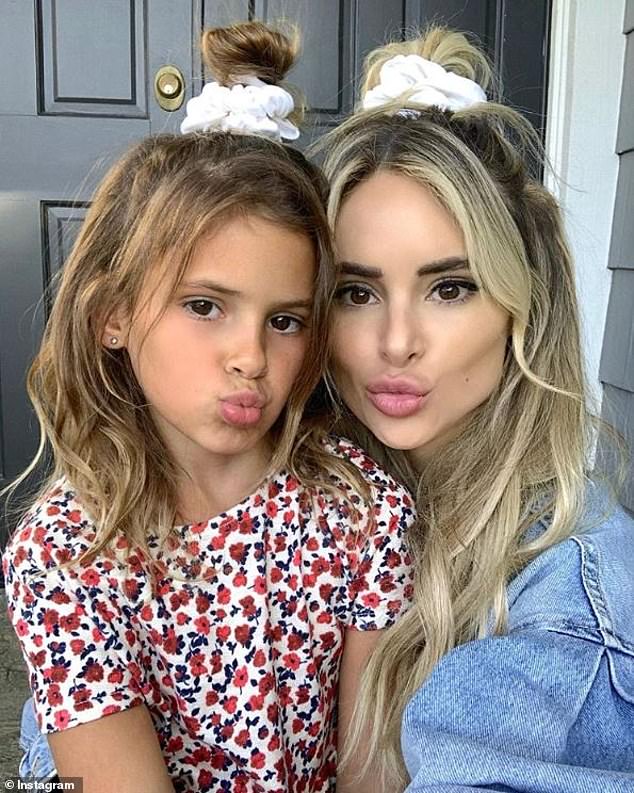 Supportive: Despite the criticisms, Amanda (pictured with her eldest daughter) also received a number of positive comments from followers defending the picture

‘Are you not worried about people sexualizing this photo or pedophiles/predators? I’m not judging and think it’s an adorable picture, just curious,’ a commenter questioned.

Amanda acknowledged the risks of the internet and sharing images of her children.

But she also did not think this should deter her from sharing sweet moments with her children for her followers.

‘I get what you’re saying but I can’t control what a sick person might be thinking,’ Amanda wrote, adding: ‘We were at the beach today and there were kids running around naked, people post photos of their kids in the bath or at the pool etc.

A number of followers online thought Amanda’s response to the situation was the best way to handle critics, with many saying the picture was harmless.

‘She’s precious and just pretending to be like mommy and her friends. There is nothing wrong with this photo except the comments section,’ one fan wrote.

Another person commented: ‘So according to the comments, every parent should live their lives around the potential creeps out there? She’s a child going to the beach. If you turn it into something more, maybe you’re the one with the issue!’

Amanda has not let the commenters ruin her fun beach day with her children ahead of the beginning of fall. The mom decided to keep the swimsuit snap of her daughter up on her page despite the criticisms.