The Foo Fighters performed for a crowd of 52,000 at Brisbane’s Suncorp Stadium on Thursday night.

And while fans were thrilled to see the six-piece rock act, there was an unexpected performance that simply stole the show.

Mid-way through the night, the band’s front man, Dave Grohl, noted a male fan holding a placard in the crowd, before signalling for him to come up on stage for a jam.

Foo Fighters have some competition! At their Brisbane concert on Friday night, Dave Grohl (pictured) plucked an amateur guitarist from the crowd, who ended up stealing the show 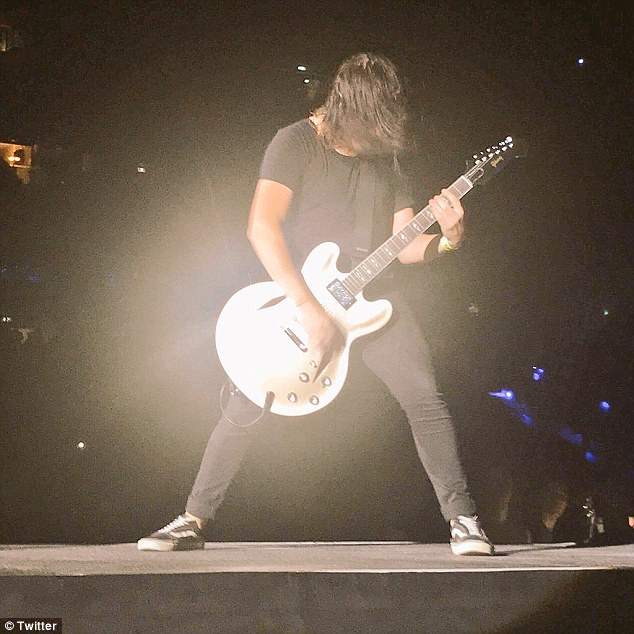 Dave’s double! The amateur guitarist was 22-year-old Joey McLenon, who rocked out on her idol’s electric guitar as the crowd went wild

The Foo Fighters fan, 22-year-old amateur guitarist Joey McLennon, was more than willing to oblige, rocking out for the sold-out stadium with a performance that has now gone viral.

‘What’s your name? Joey? Say hi Joey!’ Dave says as he welcome his look-a-like fan onto the stage.

Clearly not afflicted by stage fright, the Brisbane native straps on Dave’s guitar before the band launch into their a rendition of their 1997 hit, Monkey Wrench. 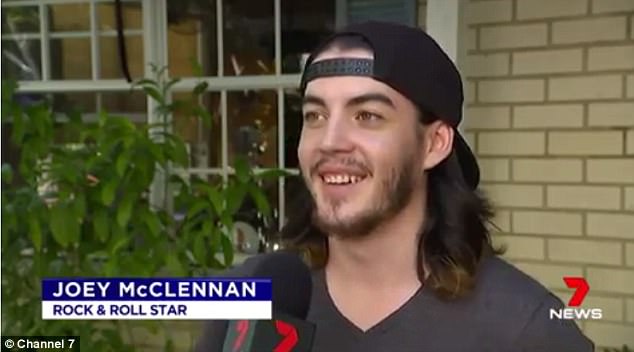 Still in disbelief: Joey spoke with Seven News the day after his show-stopping performance in front of 52,000 people

Receiving the full rock-star treatment, Dave pours water over Joey’s shoulder-length locks  as the youngster shows off his incredible skills.

Captivating the arena, Joey is then seen strutting across the stage as an overwhelmed crowd cheers loudly.

One female concertgoer reached out to Joey via Twitter following his performance, writing: ‘Congratulations for getting on stage last night. You were better than [famous Australian guitarist] Andrew Stockdale and completely aced Monkey Wrench’. 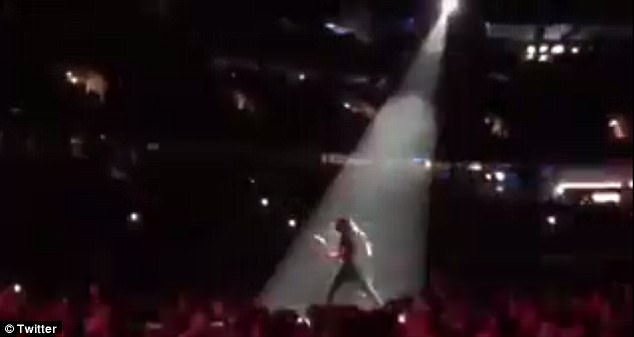 Viral video: Joey’s performance was viewed around the world on social media

‘I hope to see you at your own gig in Brissy soon’: A Twitter user praised Joey’s impromptu performance

She added: ‘I hope to see you at your own gig in Brissy soon.’

With the footage going right around the world, a viewer from the US also chimed in.

‘Dude, saw you tending on Twitter from Colorado Springs, USA!! Super, super cool you got to jam with the Foo Fighters!! Congrats!’

Joey himself was later interviewed on Seven News, calling the experience ‘the greatest thing ever’. 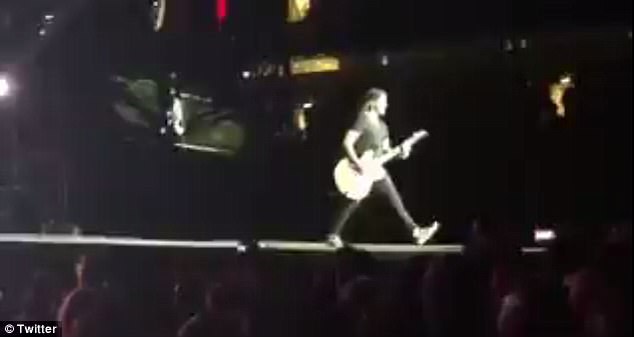 Strutting across the stage: The Brisbane local wowed the crowd

Going international! A fan from the US sent their wishes