The AA British Road Map Puzzle Book contains over 400 mind-stretching questions about the UK’s road system – and contains a truck-load of facts about it.

Here we reveal a few of the most intriguing, from the locations of the bendiest and steepest lanes to the huge annual cost of keeping Britain’s biggest intersection up and running.

The M1, despite its numbering – is not the UK’s first-ever motorway…

The first main Roman road was the Fosse Way, which was built in cAD50 and linked Exeter and Lincoln.

Parliament passed a law enforcing traffic to drive on the left on London Bridge in 1756.

The Locomotive Act, known as the Red Flag Act, came into effect in 1865. It set the speed motorcars could travel at a thrilling 4mph. A person carrying a red flag had to walk in front of them. Adrenalin junkies finally had their thrill-seeking desires sated in 1903, when a new act set the speed limit at 20mph.

White safety lines on roads were introduced in 1918.

In the early days of the stagecoach in the 17th century, it would take about four days to journey up the Great North Road – today’s A1 – from London to York. By the ‘golden coaching era’ of the 19th century this journey time was slashed to 20 hours.

The first electric traffic light appeared in 1926 on the corner of St James’s Street in Piccadilly, London.

The first motorway in Britain wasn’t the M1, the book reveals, despite its numbering. It was actually the Preston bypass. The first stretch opened in 1958 and ran from Bamber Bridge (now junction 29 of the M6) to Broughton (now junction 1 of the M55).

Newbury has not one but two bypasses. The first, built in 1963, was unable to cope with the volume of traffic that flooded the area, so a new one was built through an Area of Outstanding Natural Beauty, a National Trust nature reserve and an English Heritage site. A triple whammy of controversy. Half an hour after the then Secretary of State for Transport Brian Mawhinny gave the green light for it in 1995 he resigned. Huge protests followed. In February 1996 there was a two-mile protest march along the route attended by 5,000 people, the largest recorded road-building demonstration in Britain, the book says. 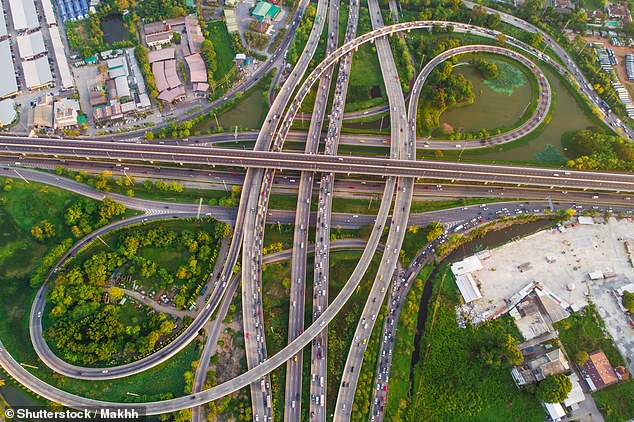 You might be surprised to hear that the first modern roundabout system was built in New York for Columbus Circle in 1905. Britain’s first roundabout was built at Sollershot Circus in Letchworth Garden City in 1909. But, it wasn’t called a roundabout, it was a ‘gyratory flow’ system. The term ‘round-about’, the AA book explains, was first coined by The Times following the construction of the new traffic circle at Hyde Park Corner in 1926. The paper deemed the word ‘gyratory’ uncouth.

Spaghetti Junction in the Gravelly Hill area of Birmingham is Britain’s most complex interchange. It opened in May 1972. A total of 18 routes run through it and three canals, two railway lines and two rivers underneath it. A whopping £7million a year is spent keeping it in good order.

Britain’s highest motorway is the M62, which reaches its summit, the book says, at junction 22 on Moss Moor, more than 1,148ft (350m) above sea level.

The record for the longest straight road, the book declares, goes to an 18-mile section of the A15, between Hackthorn, just north of Lincoln, and the ancient village of Scawby. 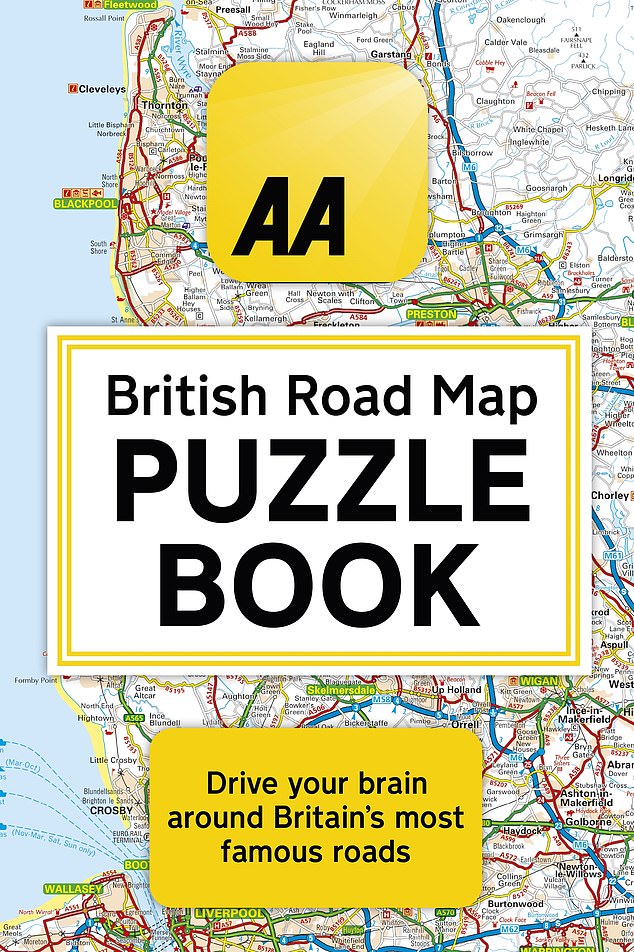 The steepest road in the UK title is shared between two roads, which both have one-in-three gradients – Chimney Bank between Hutton-le-Hole and Rosedale Abbey in the North York Moors, and Hardknott Pass in the Lake District.

The bendiest road in Britain is a mile-long stretch of the B3081 near Shaftesbury in Dorset. It goes through the villages of Cann Common and Tollard Royal.

Britain’s highest road, at an elevation of 2,199ft (670m), is the Cairnwell Pass in the Cairngorms National Park, Scotland.

All the above facts were taken from The AA British Road Map Puzzle Book by Helen Brocklehurst, which is out on October 17 (£14.99 by Little Brown).