Amazon’s drone delivery project has been grounded as the company has cut back the project team at its offices in Cambridge.

More than 100 employees from Amazon’s Prime Air division have lost their jobs or been reassigned, many of whom were based at the Cambridge test site.

Sources from within the UK-based operation told Wired that the project ‘was never going to get off the ground’ and that it had descended into ‘organised chaos’.

The Amazon Prime Air initiative debuted in 2016 as a way to provide customers with their orders within half an hour.

The US technology giant quietly began testing drones in a field near Cambridge that year after the Civil Aviation Authority (CAA) lifted strict drone flying restrictions.

Engineers moved in on the farm land, but for the first two years just used a small strip of grass to practice take offs and landings.

In December 2016, an Amazon Prime Air drone made a 13-minute flight in Cambridgeshire to drop off its first package. The flight was the first in a ‘private’ trial to deliver packages to a number of customers.

Amazon’s drone delivery project has been grounded as the company has cut back the project team at its offices in Cambridge (pictured), with more than 100 people losing their jobs 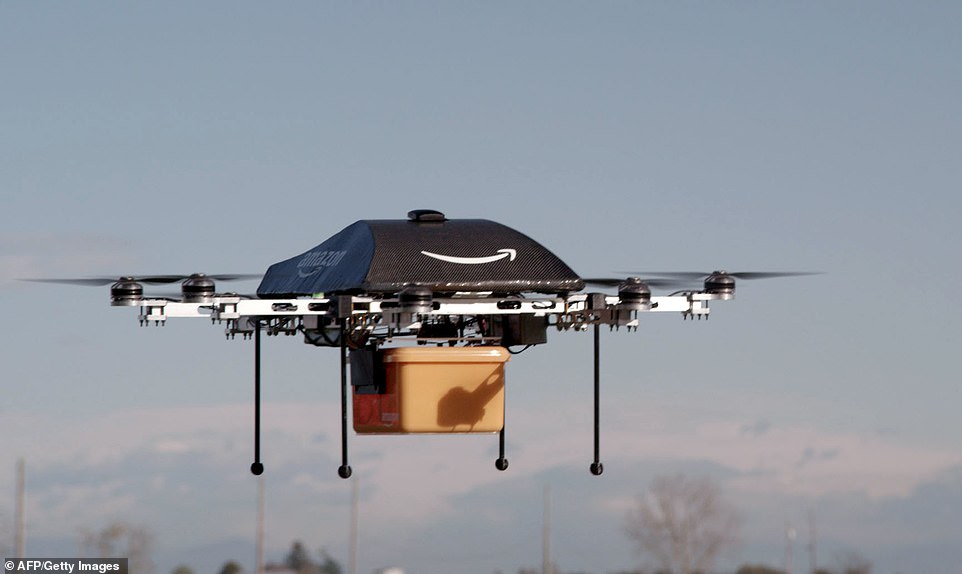 By 2019, the company appeared to increase their activity and expanded the testing area in Cambridge but there were few updates on when the project would launch.

In a blog post after the event, Jeff Wilke, CEO of Amazon Worldwide Consumer, said they expected to ‘scale Prime Air both quickly and efficiently, delivering packages via drone to customers within months.’

But the plan remains grounded as the tech giant laid off people in its pioneering British aviation team, as staff claim Prime Air is  ‘dysfunctional’.

Speaking on the condition of anonymity to Wired, former employees of the UK team described a work environment in which managers were put in place to oversee the drone delivery project without any technological knowledge and people would drink at their desks due to a lack of motivation.

Eventually, more than 100 employees at the Cambridge office lost their jobs and dozens of others were moved to other projects, Wired reports, just months after the company laid off dozens of employees working on the project in the United States.

According to videos posted on the company’s website, the drones would travel down an automated track at one of the company’s fulfillment centers before taking off

Amazon Prime Air was billed as a way for the company to deliver packages weighing less than five pounds within 30 minutes of a customer making an order.

People at an Amazon fulfillment center would process the order and package the shipment, before attaching it to a drone that would go down an automated track and rise into the sky, videos posted to the company’s website show.

The drones would then be able to travel 15 miles with the package, guided by GPS, before descending on the customer’s front lawn with the product in tow.

Amazon debuted one of its new electronic delivery drones at its re:MARS conference in June 2019.

The demo showed that it was capable of carrying products under five pounds to customers inside a 15-mile radius within just half an hour.

Last November, Amazon Prime Air announced it had reached tentative deals with two external manufacturers, but also said it laid off dozens of its staff members working in research and development and manufacturing on the project in the U.S. 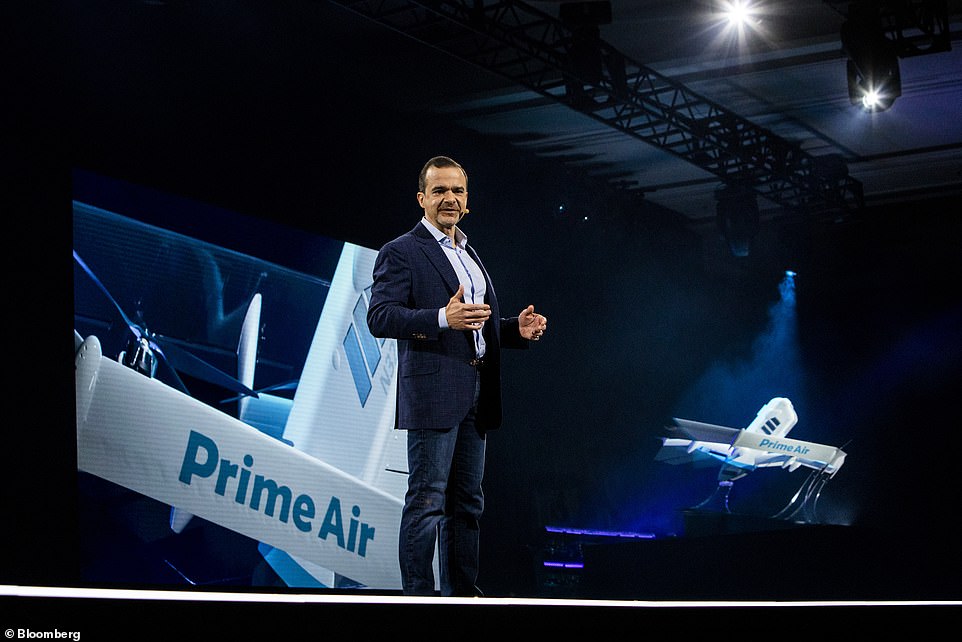 Pictured: Jeff Wilke, Amazon’s CEO of worldwide consumer, debuted one of its new drones at its re:MARS conference in June 2019 and said that the drone could be used ‘within months’ 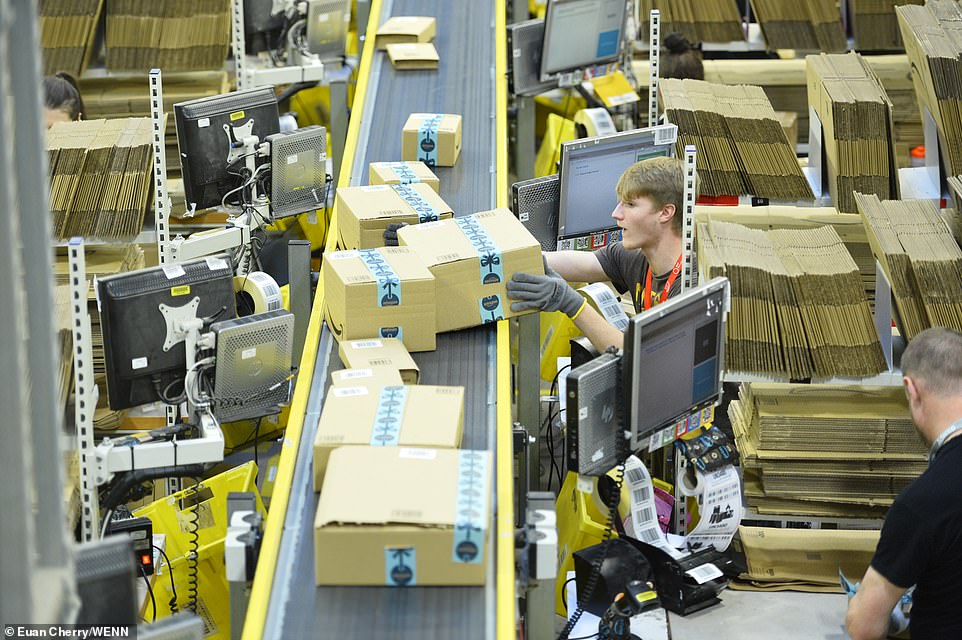 Proposals suggest workers at Amazon warehouses would pack up the boxes and attach them to the drones for delivery. Pictured: scenes from inside an Amazon warehouse in Scotland

‘We are reorganizing one small team within our larger Prime Air organization to allow us to best align with the needs of our customers and the business,’ Amazon spokeswoman Kristen Kish said in a statement to Reuters.

She added that the company was working to find roles for the affected employees ‘in the areas where we are hiring.’

In the UK, the situation seems to have been more dire, with Wired reporting that more than 100 employees at Amazon Prime Air losing their jobs and dozen more being moved to other projects.

The company had been working on drones in the U.K. since 2016, when it made a spectacle across the country, releasing promotional videos that received millions of views, offering local schools a tour of its drone lab and opening a new office in Cambridge.

Reports suggest it was so popular that UK regulators fast-tracked approvals for drone testing.

But former employees at the company said the project has been ‘collapsing inwards,’ ‘dysfunctional,’ and ‘resembled organized chaos,’ run by managers who were ‘detached from reality.’ 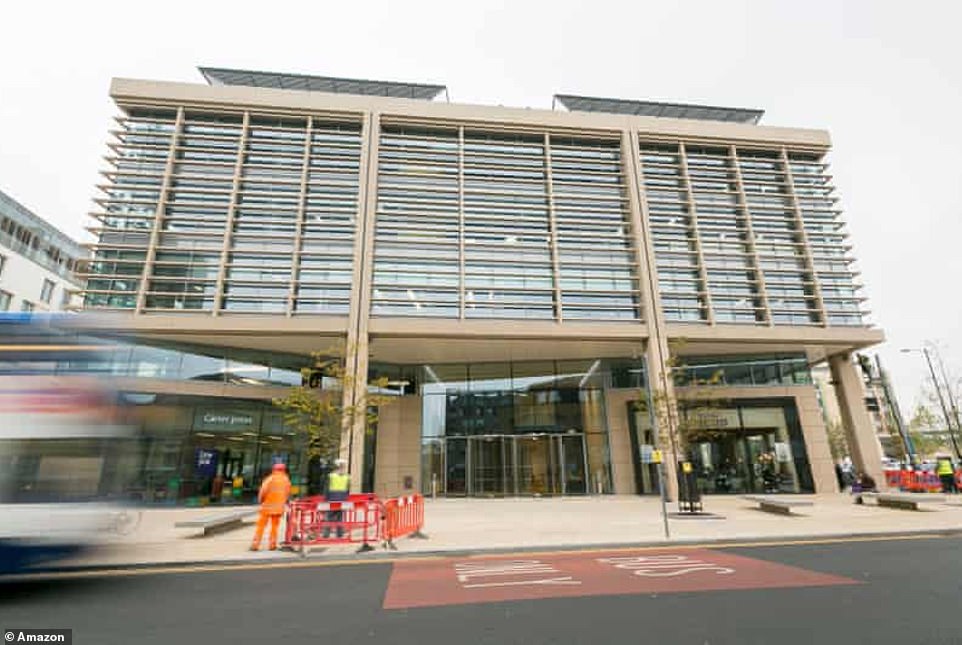 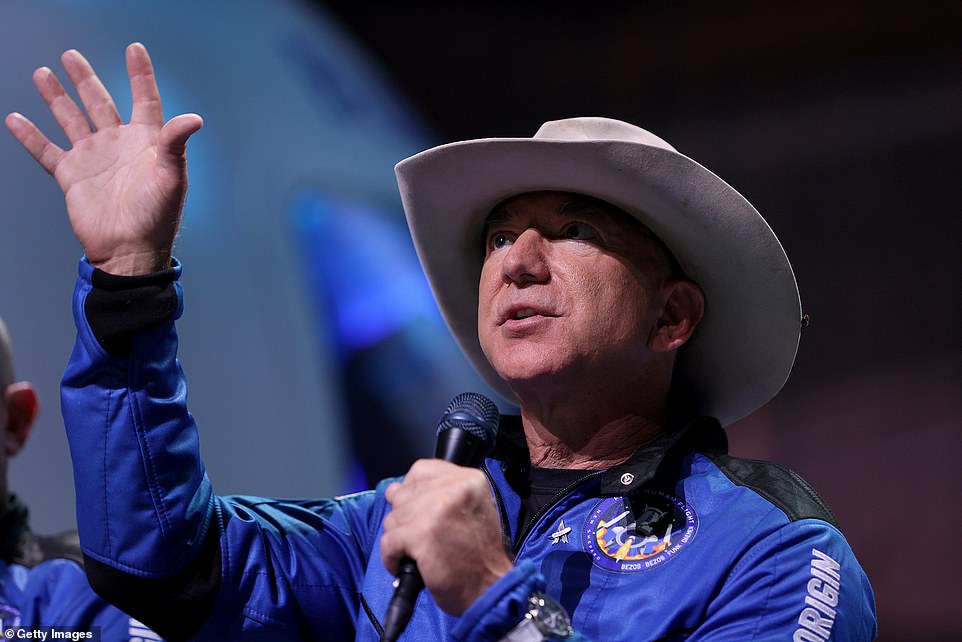 The managers who were appointed to oversee the project were often long-time Amazon employees who specialized in logistics and warehouse operations and had little to no knowledge of the technology involved with the project.

Sources claim this meant they couldn’t answer basic questions, adding that they had to train their replacements in Costa Rica.

The problems reportedly began in late 2019, when the drone team was broken into three divisions that analysed footage for different threats: humans and animals, other man-made objects in the sky, and 3D mapping – which would help drones know where someone’s lawn is located.

The company began to hire many people for its data analysis team, which was tasked with manually going through test flight footage and identifying relevant threats or objects, Wired reports, but there was frequent turnover.

Employees also said they would often be told to do two opposing things.

And the teams dealt with some technological difficulties, as they were trying to build drones that would land outside people’s homes, but the systems required to do so were heavy, and a heavier weight for a drone came with more regulations in the U.K., including higher safety requirements to protect people on the ground from potential collisions. 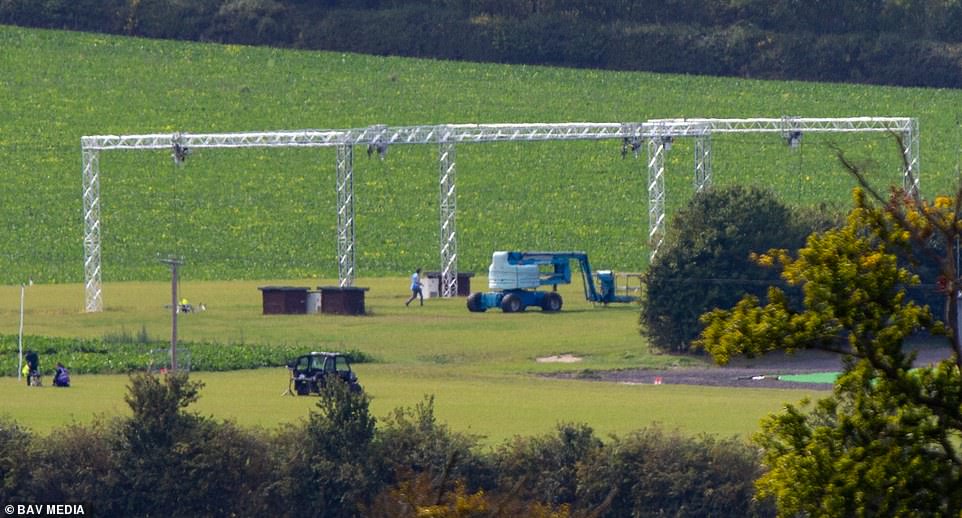 In September 2019, operations at the Cambridge base of the project appeared to accelerate with test sites expanded and special rigging (pictured) set up on land near the offices

In February 2020, Wired reports, the entire human and animals data analysis team, which employed dozens of people, was shuttered and reassigned, just to reopen three months later with new staff.

At around the same time, the former employees said, the company began restructuring, and managers told them that they were no longer guaranteed permanent positions – further hindering morale.

Afterwards, employees said, one person opened a beer at his desk at around 11 a.m. or 12 p.m., and another person charged with sifting through the footage for possible problems started approving all of the frames even if there were hazards in them.

‘Everything started collapsing because they piled too much on, they put people in charge who didn’t now anything about the project and they oversold,’ one of the former employees said.

‘It’s all one gigantic oversell – just so many promises that can’t be kept.’

An Amazon spokesperson told Wired it still has people working for Prime Air in the U.K., but refused to confirm how many employees there are.

He also said the company has ‘rigorous procedures in place’ to check employees’ work and that ‘swift action’ was taken in any cases of misconduct.