Magic! Amazon driver knocks three times then yells ‘abracadabra’ and runs away after teenager edits the ‘special instructions’ for his mother’s delivery

An Amazon driver hilariously played along with ‘special instructions’ for a family’s delivery, which had been sneakily changed by a 13-year-old.

Lynn Staffieri, from Magnolia, Delaware, was left baffled after seeing an Amazon delivery driver sprint away from her home on her family’s security camera.

She was unaware that her son Jacob, 13, had left instructions for the driver to knock on the door three times, ‘scream abracadabra as loud as you can and run super fast away’.

The amusing security footage shows the Amazon driver calmly approach the house and put the parcel on the floor, before banging on the door three times.

An Amazon driver hilariously played along with a 13-year-old’s ‘special instructions’ for a delivery, asking whoever dropped off the parcel to knock three times, ‘scream abracadabra’ and ‘run super fast away’ 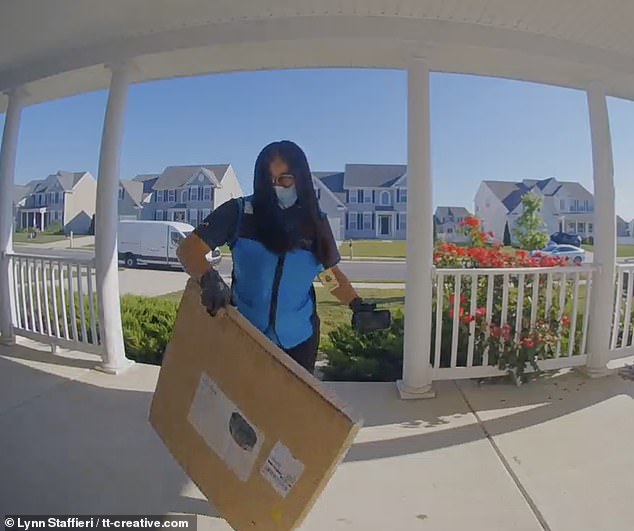 Amusing security footage shows the driver play along with all of Jacob’s instructions when delivering the parcel to the family’s home in Magnolia, Delaware

The driver shouts the magical phrase before sprinting away from the house, leaping over a bucket while she runs back to her van.

The driver plays along and adheres to all of Jacob’s instructions – including a loud scream as she sprints away.

But the hilarious moment went unnoticed for months until Lynn, 47, received a notification on her phone, where she saw a delivery driver suddenly running away from her house.

Thinking the driver had been scared by a dog, Lynn went home to check the original footage with sound.

As she was watching the security video, Jacob, who was standing nearby, suddenly started laughing. 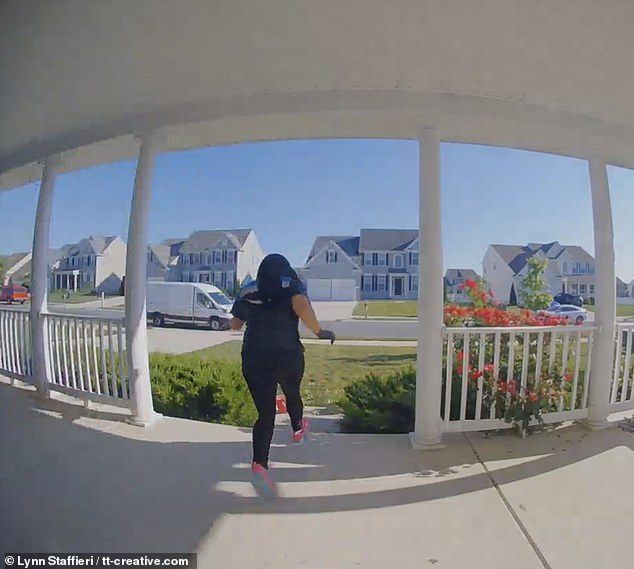 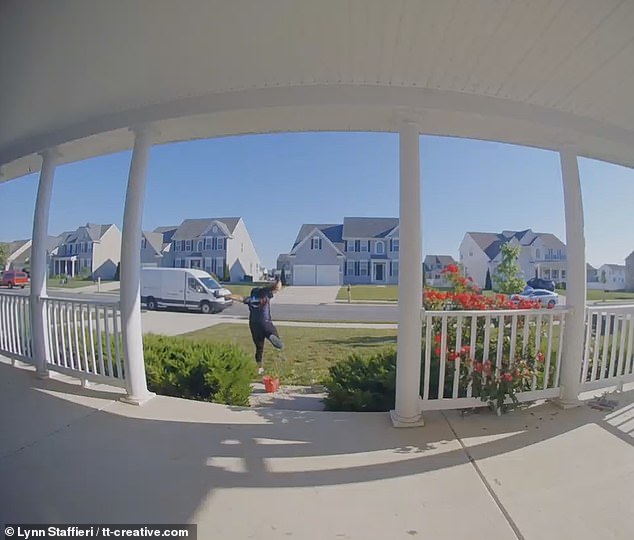 The driver even leaps over a bucket as she follows Jacob’s hilarious instructions and has since been praised for her actions, with people suggesting she deserves a promotion

He explained to his mother what he had done, shocked in disbelief that the driver had actually played along with his instructions.

Since sharing the video on Facebook, Lynn said she has received positive comments from all over the world, including Germany, Italy and Lebanon.

She posted the footage, which has been viewed more than two million times, with the caption: ‘Thank you to this great Amazon delivery woman!’

Lynn said Amazon told her that the driver does not have social media but that she would receive some kind of recognition. 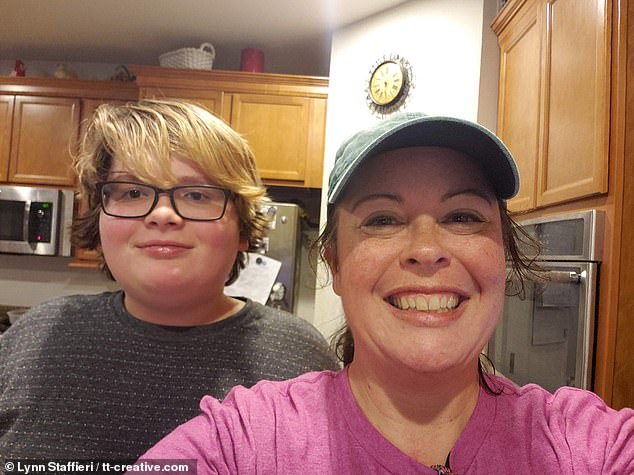 Jacob’s mother Lynn Staffieri, 47, (both pictured) was baffled months later when she saw an Amazon driver sprint away from her home at full speed 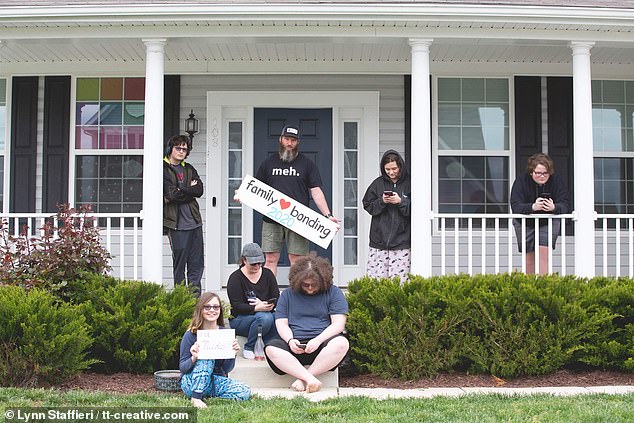 Jacob explained what he had done to his mother, when she discovered the security footage, and was stunned that the driver had followed his amusing instructions

Lynn said: ‘I would hope people understand that this was not meant in a malicious way at all, and hopefully the driver would understand that it was a child who put those instructions in there even though he shouldn’t have.

‘I think she had a good time with it and understood that it was a child.

‘She’s a good sport. Even though we’re all stuck in these times that we are right now, we can still have some fun and enjoy what we do.

‘Maybe not take ourselves so seriously and enjoy what we can.’

Thousands of people have praised the driver for her commitment to her job, even suggesting that she deserved a raise and a promotion for her hilarious actions.