Products featured in this Mail Best article are independently selected by our shopping writers. If you make a purchase using links on this page, MailOnline may earn an affiliate commission.

Despite official Black Friday and Cyber Monday sales being a little over a week away, Amazon has been unveiling incredible early Black Friday deals, and we’ve found one offer you won’t want to pass up.

The Amazon Echo Dot (3rd Gen) is now 53 per cent off. Following a buy one get one free promotion, which has since ended, the retailer has slashed the price of the smart speaker from £39.99 to £18.99.

Back down to its lowest price ever – and the same deal seen last year – you’ll want to grab one before it likely sells out during Black Friday (November 26) and Cyber Monday (November 29).

The Amazon Echo Dot (3rd Gen) is now 53 per cent off on Amazon in the retailer’s early Black Friday sale, so you can pick up the smart speaker for just £18.99 – that’s its lowest price ever

And this isn’t the only Amazon Echo device on sale for its lowest price ever, as the retailer has slashed the price of the Ring Video Doorbell Wired by Amazon + Echo Dot (3rd Gen) from £88.99 to £44.

The Echo device is the retailer’s most popular smart home device, having amassed over 390,000 five-star reviews. Shoppers call the Echo Dot ‘brilliant’, ‘so much more than a speaker’ and ‘the best smart assistant’.

Placed in any room in your home, with a simple command, you can ask for music news, weather updates and more.

But smart home control is what makes the Echo Dot so great. With help from Alexa, you can control compatible appliances and devices with a simple voice command, including robot vacuum cleaners, home security, lights and heating.

‘Neat, responsive, voice-activated Echo speaker – don’t know what we did before Alexa!’ one reviewer wrote. ‘We’ve linked the Dot to smart plugs around our home and can control the lights via our voice or remotely via the app. All this was easy to set up using the app. 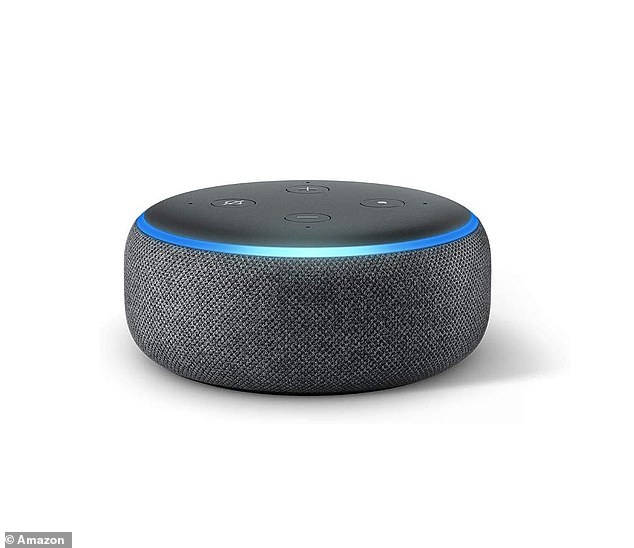 The Echo device is Amazon’s most popular smart home device, having amassed over 390,000 five-star reviews

They added: ‘We’ve also set up routines so we can say one word and lights are turned on or off according to what we want it to do.

‘For example, we say ‘Alexa, time for bed’ and it turns our downstairs lights off and turns our bedroom lights on! It’s also very easy to set alarms which wake us up to our favourite radio station every day.’

This deal ends on December 1, but we recommend shopping this early Black Friday deal as early as possible to avoid disappointment.