The studio behind the James Bond films looks set to be gobbled up by Amazon as a frenzy of deal-making grips the global entertainment industry.

Metro-Goldwyn-Mayer (MGM), which uses a roaring lion in its logo, could be sold to the technology firm run by billionaire Jeff Bezos for £6.3billion.

Talk of the tie-up came just hours after telecoms giant AT&T announced a blockbuster deal to spin off its Warner Media arm and create a new streaming titan with documentary maker Discovery.

Blockbuster deal: Daniel Craig and Lea Seydoux in Spectre. The studio behind the Bond films –  Metro-Goldwyn-Mayer – could be sold to Amazon for £6.3bn

The flurry of takeover activity has been triggered by booming demand for online streaming services, with traditional media companies jostling for dominance with Netflix and Amazon.

Experts said entertainment firms were taking a ‘get bigger or get out’ approach, beefing up businesses to compete with the deep-pocketed tech companies.

Sanchit Jain, of Enders Analysis, said Amazon may want to use MGM’s massive library of films and television to lure customers to its Prime video service, before introducing them to its other offerings such as internet shopping and ebooks.

He said: ‘As people spend more time consuming online content, having something that is fresh or adds value is more important than ever for streaming platforms.

Amazon understands the quality and depth of content is a really important differentiator.

‘With a name like MGM, it would add a very well-established library that customers can’t get elsewhere.’

MGM, founded in 1924, is one of the only big Hollywood studios that has not been taken over by a larger conglomerate.

It put itself up for sale in December after being hit hard by the pandemic, which closed cinemas and forced it to repeatedly postpone releases such as the latest Bond film, No Time To Die. 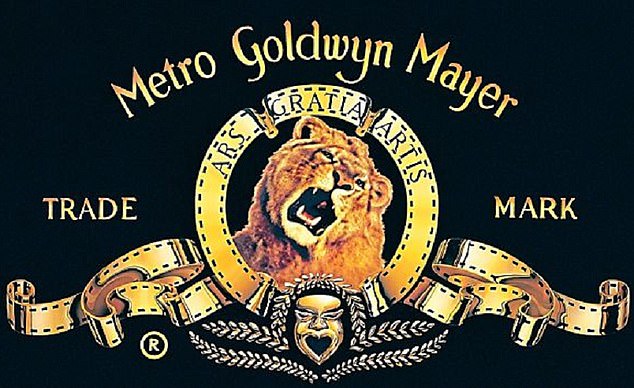 Roaring success: MGM – which famously uses a roaring lion in its logo – owns a treasure trove of valuable content

The studio is a potentially big prize for Amazon. MGM owns a treasure trove of valuable content, ranging from classic films such as Gone With the Wind and The Wizard of Oz to more modern hits such as Rocky and The Silence of the Lambs.

Its stable of television content includes shows such as The Handmaid’s Tale, Fargo and Stargate.

Meanwhile, No Time To Die is expected to easily be one of the year’s biggest cinema releases and will screen in the UK from September 30.

Amazon is in takeover talks with MGM but the status of the talks is unclear and may result in no deal, according to reports.

Streaming services enjoyed a burst of subscriber growth during the pandemic, as families stuck indoors searched for fresh entertainment.

Disney has added more than 50m customers to its Disney+ service, while Netflix added more than 25m and remains by far the biggest streaming service with 208m subscribers, followed by Amazon’s Prime, with an estimated 175m, and Disney’s 103m.

That compares to the 44m boasted by AT&T-owned HBO Max, as well as 42m with NBC Universal’s Peacock service and 15m on Discovery’s service.

Apple TV was separately thought to have around 40m customers at the end of 2020.

But in a deal set to shake up the playing field, AT&T’s entertainment arm, Warner Media, will merge with Discovery to form a new streaming company behind franchises such as the Harry Potter and Batman films.