The Amazon rainforest is approaching an ‘irreversible tipping point’ and soaring deforestation could soon stop it from sustaining itself.

Within two years, a prominent economist has warned, the immense jungle may no longer produce enough rain to provide for the plants within it.

As swathes of the rainforest are gradually destroyed and replaced by savannah, billions of tonnes of carbon will be released into the atmosphere, which could lead to an acceleration in global warming and weather disruption across South America.

The warning came in a policy brief published this week by Monica de Bolle, a senior fellow at the Peterson Institute for International Economics in Washington DC.

The document notes that Brazil’s space research institute, INPE, reported that deforestation in August was 222% higher than in August 2018.

Deforestation in the Amazon rainforest could result in swathes of rainforest being replaced by savannah by 2021, according to a new report 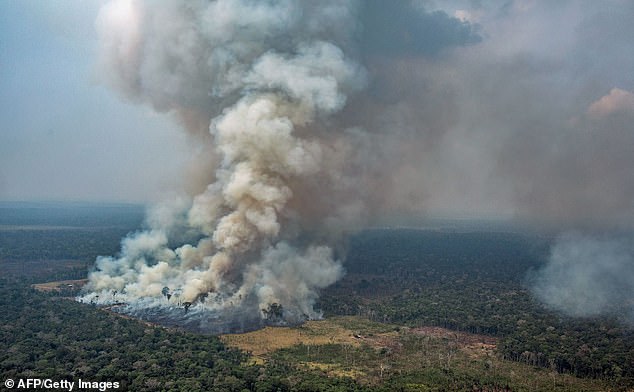 Brazil’s space research institute, INPE, reported that deforestation in August was 222% higher than in August 2018

If deforestation continues at this rate the Amazon will be ‘dangerously close to the estimated tipping point as soon as 2021 … beyond which the rainforest can no longer generate enough rain to sustain itself’, de Bolle wrote.

‘It’s a stock, so like any stock you run it down, run it down – then suddenly you don’t have any more of it,’ she said, according to The Guardian.

The report has angered some climate scientists, who believe the so-called ‘tipping point’ is still 15 to 20 years away.

‘The projected deforestation increase is more an economic calculation than ecological,’ he said.

However, others say the warning accurately reflects the danger that Brailian President Jair Bolsonaro’s destructive policies and global warming pose to the Amazon’s survival. 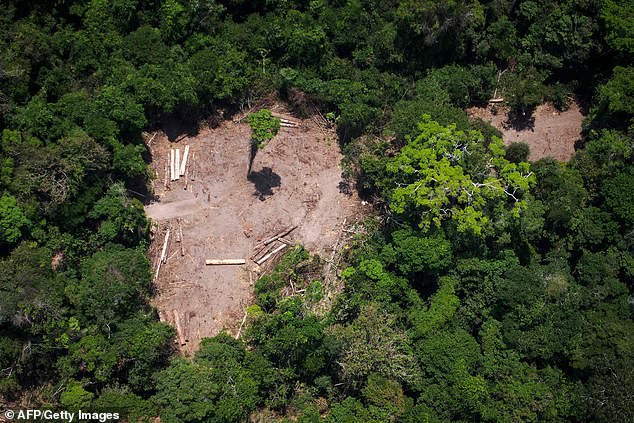 The report has angered some climate scientists, who believe the so-called ‘tipping point’ is still 15 to 20 years away

President Bolsonaro has vowed to develop the Amazon, and his government plans to allow mining on protected indigenous reserves.

‘If Bolsonaro is serious about developing the Amazon without paying any attention to sustainability or maintaining the forest’s standing, these rates would happen within his mandate,’ said de Bolle.