The ACLU says the proposals would ‘let machines create lists of undesirables unworthy of entrance into well-to-do areas’.

It was previously reported the technology giant’s Ring doorbell security camera could come equipped with software that also sends a ‘suspicious activity prompt’ to their Neighbors app when such behavior was detected.

It comes in addition to ‘proactive suspect matching’ that would identify those already suspected of being criminals.

The app would give device owners access to a list and notify neighbors of the activity, The Intercept reported.

Now an attorney with the American Civil Liberties Union of Southern California has voiced concern about how the technology could be used in discrimination.

Mohammad Tajsar complained Tuesday to The Intercept that ‘giving police departments and consumers access to ‘watch listing’ capabilities on Ring devices encourages the creation of a digital redline in local neighborhoods, where cops in tandem with skeptical homeowners let machines create lists of undesirables unworthy of entrance into well-to-do areas’.

The Intercept said it had viewed documents that repeatedly refer to law enforcement. 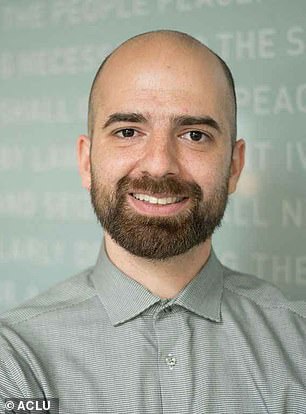 It’s unclear how much influence camera owners or police would have over the curation the lists The Intercept reportedly saw plans for.

A Ring spokesperson denied the claim in the Intercept’s report regarding facial recognition and told DailyMail.com they were not using ‘Facial Recognition Technology’ in their cameras.

Reiterating their statement to the publication, the representative told DailyMail.com: ‘The features described are not in development or in use, and Ring does not use facial recognition technology.

‘Privacy is of the utmost importance to us, and any features we do develop will include strong privacy protections and put our customers in control.’

ACLU concern came after earlier this year The Intercept posted an article about Ring’s CEO describing porch pirates as ‘dirtbag criminals that steal our packages and rob our houses’.

In the response, Amazon said it has considered adding facial recognition technology to its Ring cameras, calling it a ‘contemplated, but unreleased feature’.

Amazon said there are no plans to coordinate such a feature with existing partnerships with law enforcement. Amazon has been encouraging police to tap into Ring’s Neighbors app, a forum for residents to share videos of suspicious activity captured by their home security cameras. 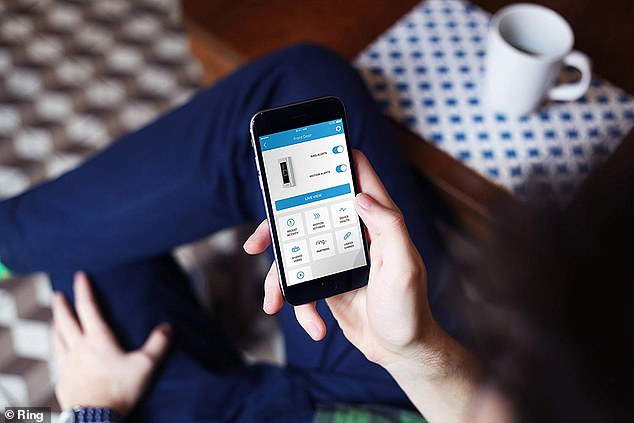 Amazon has been encouraging police to tap into Ring’s Neighbors app, a forum for residents to share videos of suspicious activity captured by their home security cameras but a Ring rep denied plans to use it in cameras in a statement to DailyMail.com

Democratic Sen. Ed Markey of Massachusetts expressed alarm that Ring may be pursuing face-scanning technology after a patent application showed the company is exploring a system that could flag certain people as suspicious and automatically alert police.

More than 600 police departments have signed up to Ring´s network since last year and many say it is becoming a useful crime-fighting tool.

A letter to Amazon last Wednesday from Sen. Ron Wyden of Oregon and four other Democrats – including Chris Van Hollen of Maryland, Christopher Coons of Delaware and Gary Peters of Michigan – said the internet-connected devices may pose national security concerns.

A January report said Ring gave a variety of employees and executives access to recorded and sometimes live video footage from customers’ homes.

Besides citing the report, the senators noted that Ring devices routinely store video recordings and other data on Amazon servers.

‘If hackers or foreign actors were to gain access to this data, it would not only threaten the privacy and safety of the impacted Americans; it could also threaten U.S. national security,’ the senators wrote. ‘Personal data can be exploited by foreign intelligence services to amplify the impact of espionage and influence operations.’

The senators asked the company to explain its practices to address security vulnerabilities.

Ring said it was reviewing the letter.