Amazon to build futuristic robot-run warehouse in Sydney that’s as big as Taronga Zoo and will create 1,500 jobs – meaning shoppers will be able to get deliveries faster than EVER before

Amazon is set to build a huge warehouse in Sydney that will be run by an army of robots and create 2,200 new jobs.

At 200,000 square-metres, the warehouse is the size of Taronga Zoo, and will be finished by 2021 on an industrial estate in Oakdale West, in western Sydney.

The project will create 1,500 jobs along with 700 during construction of the warehouse and cut down delivery times in Australia.

Amazon will build a new 200,000 square-metre warehouse in western Sydney that will create 1,500 jobs and 700 while it is being built. Pictured is an artist’s impress of the warehouse

The hi-tech robots will fetch items off of shelves before delivering them to workers who pack the deliveries to be sent off.

NSW Premier Gladys Berejiklian said the injection of jobs came at a time when the country needed them most.

‘This important commitment by one of the world’s leading multinationals highlights western Sydney’s growing stature as a strong investment destination,’ she said. The project announced on Tuesday will be completed by late 2021 and ramp up delivery times for people shopping in Australia. Pictured left is NSW Premier Gladys Berejiklian during the launch with Amazon’s Country Manager Matt Furlong (centre)

Amazon Australia’s director of operations Craig Fuller said the centre was necessary to meet the demand for online shopping in Australia.

‘The Amazon Robotics fulfilment centre will more than double our operational footprint in Australia, enhance efficiency and safety for our associates while ultimately providing customers with wider selection and faster delivery,’ he said.

‘This investment will also benefit the 10,000 plus small & medium sized businesses who utilise Fulfilment By Amazon to seamlessly service customers across the country.’

The warehouse has the ability to pack orders 24/7 and is located next to the western Sydney international airport which is expected to be completed by 2026.

Amazon said the majority of the 1,500 positions would be permanent full time roles with subsidised healthcare and up to 20 weeks maternity pay.

The positions will include roles in HR, IT and robotics professionals to keep the centre running.

The fulfilment centre will be the second built in western Sydney, with other centres built in Perth and Melbourne since Amazon launched in Australia in 2017.

It comes as Australia faces mass job cuts with even Qantas forced to cut 6,000 jobs after its services slowed to a crawl during the pandemic. 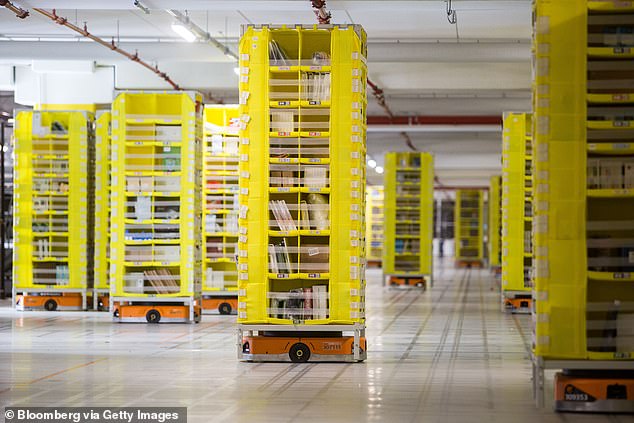 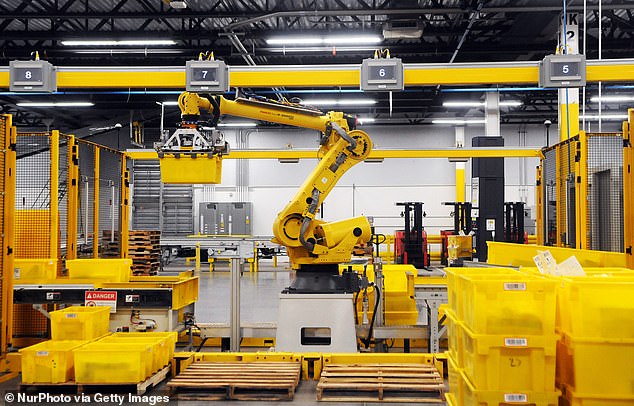