Originally known as Prime Pantry, the option initially charged customers in the continental US a flat $5.99 shipping fee for a box that could be filled with up to 45 pounds of nonperishable groceries and household goods.

It had begun as an alternative to the traditional supermarket but had started to compete with other Amazon offerings – the Jeff Bezos-owned firm took over Whole Foods and launched its own Amazon Fresh grocery stores.

Amazon Pantry launched in 2014, allowing customers to pay a flat $5 shipping fee for up to 45 pounds of household essentials and nonperishable groceries. A notice on the Amazon site indicates the service has been discontinued

After a US rollout, the service was made available in Austria, France, Germany, Italy, Japan, Spain, India and the UK, where items were supplied by the British supermarket chain Morrisons.

At the time, many of the items in Pantry weren’t available on the main Amazon site because they were individual size, not bulk.

A limited and ever-changing-variety of good were available—including, according to Amazon, ‘soft drinks and bottled water, a new range of paper and laundry products in popular pack sizes, single boxes of breakfast cereal, potato chips, convenience-sized personal care products and more.’

Since then, though, it has become increasingly aggressive about dominating the grocery industry, both online and brick-and-mortar. 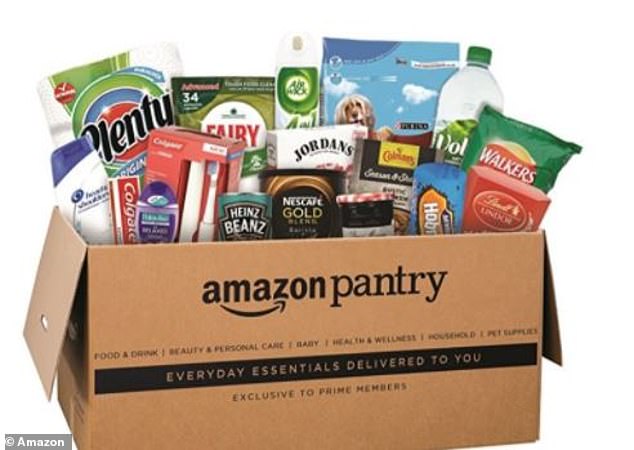 In 2018, Amazon transformed the Pantry program into a monthly $5 subscription service. In March, Amazon briefly suspended Pantry service, as the coronavirus pandemic jammed supply chains and limited the number of available workers to stock orders

In 2018, Amazon transformed the Pantry program into a monthly $5 subscription service that allowed Prime members an unlimited number of orders over $40.

The flat fee — bumped up to $8 — would be added to orders under $40 or from non-Pantry members.

The e-commerce giant also opened the first Amazon Go convenience store ni 2018, allowing customers to shop for basics without having to physically check out at a register. 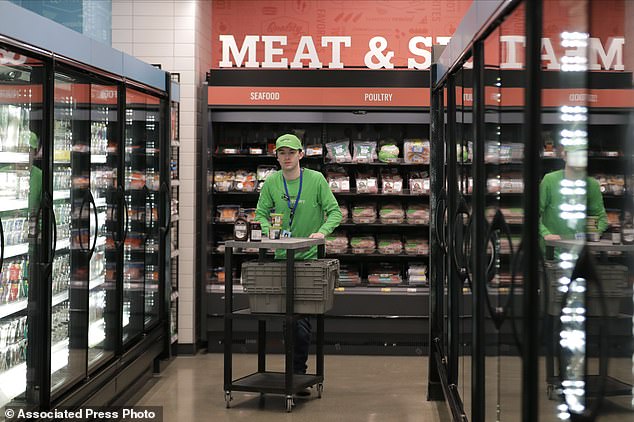 The first Amazon Fresh-branded supermarket opened in Los Angeles in 2019.

Industry insiders say the number of products being offered through Pantry had begun to shrink in recent years.

Now, on the main Amazon site, a notice indicates Amazon Pantry has been ‘discontinued.’

A message encouraging customers to ‘shop Pantry bestsellers alongside other grocery and household essentials’ links to the main ‘Groceries & Gourmet Food’ category.

In March, Pantry service was briefly suspended, as supply chains slowed down and warehouses shuttered.

‘Due to high order volumes, Pantry is not accepting new orders at this time,’ a notice from the company.

‘This means that items listed as ‘Ships & Sold from Pantry’ cannot be added to your cart. We apologize for this inconvenience and are working with our partners to get these items back in stock as quickly as possible.’

A month later the company put new customers on a waitlist to prioritize existing members.

Amazon said its online grocery order capacity increased by more than 60 percent during the first weeks of the outbreak.

But many shoppers seeking to purchase groceries from the Seattle-based company found they could not place orders due to a lack of available delivery slots.