Amazon’s Alexa can order you an Uber, tell you where you’ve parked your car and turn off your lights.

But pretty soon, the voice assistant could be getting one of its most useful skills yet.

Biometric software company Daon has developed a way for users to send money to friends using Alexa, according to CNET.

The feature could arrive on the internet giant’s voice-activated speakers and devices in the next nine to 18 months.

Coming soon to an Echo near you? Amazon’s Alexa voice assistant could allow people to pay friends using their voice in the next nine months or by next year, according to CNET

Daon is the company behind MasterCard’s ‘Selfie Pay,’ which lets users send an online payment by showing their face to their smartphone’s camera.

The firm says it’s working with a few big financial institutions that are keen to get behind the new service.

So far, Amazon has declined to comment on the report, CNET said.

Alexa is already equipped to handle some finance-related tasks, as several banks added their own ‘Skills’ last year.

For example, Ally Bank lets users check what their balance is and move money, among other things, just by talking to Alexa.

Other banks including Capital One and American Express have also signed on.

However, none of them allow customers to send money to friends using Alexa, CNET noted. 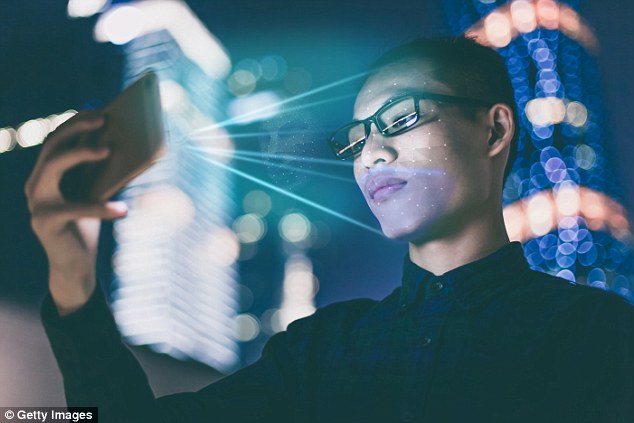 Biometric software company Daon has developed a way for users to send money to friends using Alexa. It’s the same firm that’s behind MasterCard’s ‘Selfie Pay,’ which scans a user’s face to verify that it can send payments to other people 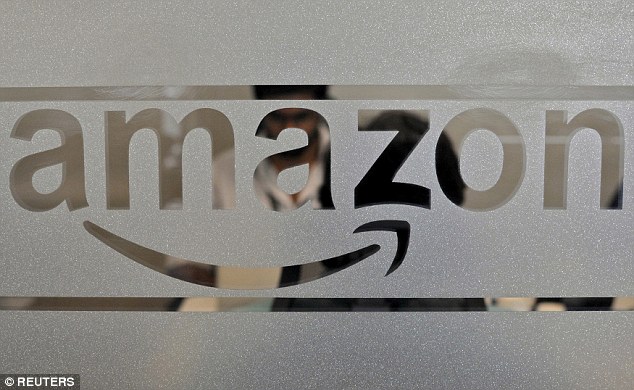 Amazon’s Alexa is already equipped to handle some finance tasks, as several banks added their own ‘Skills’ last year. Institutions like Ally Bank let users check their balance via Alexa

To use Daon’s skill, users first have to say ‘Alexa, open Daon Bank.’ From there, the user asks Alexa to ‘Send money.’

After a user requests to send money, they’ll be prompted to provide further authentication.

This is primarily to prevent other people from hijacking your Alexa device and sending themselves money with your permission.

In the future, if banks want to use Daon’s skill, they’d likely have authentication systems in their own app, making it unnecessary to download a separate application, CNet explained.

Daon hopes that the skill can evolve to become even more advanced by recognizing who users are just based on their voice. 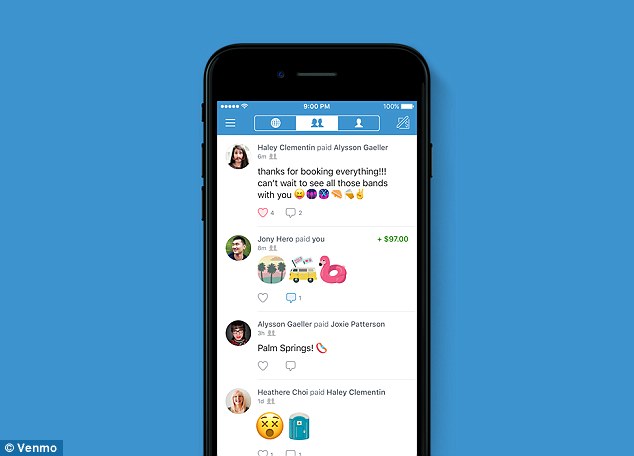 If Amazon decides to let people pay others using Alexa, they’ll face some competition from Venmo (pictured). The app is a peer-to-peer payments platform for iOS/Android

HOW CAN ALEXA HELP YOU BUY YOUR GROCERIES? 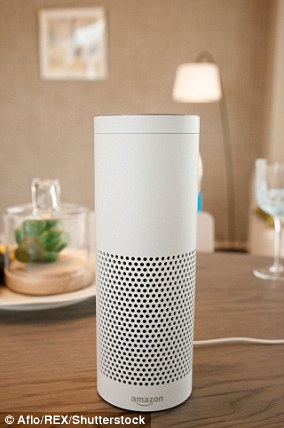 Last June, Amazon released the Dash Wand, an Alexa-powered device that’s essentially a ‘kitchen assistant’ and is meant to complement the Echo (pictured)

Amazon’s Echo may help around the home, but the e-commerce giant’s latest device is a designated kitchen assistant.

Called Dash Wand, the hand-held, Wi-Fi enabled gadget lets users add groceries to their online shopping cart via voice commands or by scanning the barcode on a specific product.

The Alexa powered device can also find recipes, convert cups to ounces, find nearby restaurants and more, and it is essentially free – users pay $20 for the device and get $20 off their next purchase.

Users push the button on Dash Wand and either say what they need or scan the barcode on a specific product.

All items are then added to the user’s online shopping cart on the platform.

Besides music, the Dash Wand has access to thousands Alexa’s features and skills.

It can turn down the lights, find recipes, recommend restaurants and more.

And it is essentially free – it costs $20 and users get $20 off the first purchase made with the device.

If Amazon is actually looking at how to let users pay others via Alexa, they’ll undoubtedly face competition from other established players in mobile payments.

Their top competitor is likely to be Venmo, a peer-to-peer payments app that lets users send money using their smartphone.

The PayPal-owned platform is estimated to have about 7 million monthly users.

That said, Amazon has recently demonstrated an increasing interest in the banking space.

Earlier this month, the Wall Street Journal reported that Amazon is in talks to create a checking account-like product with big banks like JPMorgan Chase.