Alexa’s Christmas meltdown burns Turkeys and causes chaos across the UK: Amazon AI assistant crashes while struggling to cope with an onslaught of new users

Amazon’s Echo smart speakers went down across the country on Christmas Day, with thousands of people reporting that the company’s artificial intelligence assistant Alexa appeared to have gone on a festive break.

People took to social media to log their issues with the device, which included Alexa being telling users she was ‘having trouble understanding’ and to ‘please try a little later’.

Multilingual Alexa, who has more than 70,000 different skills, told over 100 million jokes in 2018, but people were less than impressed with her Christmas day stunt.

Amazon’s artifical intelligence personal assistant Alexa went down on Christmas day, likely because of a large influx of new users overwhelming the system 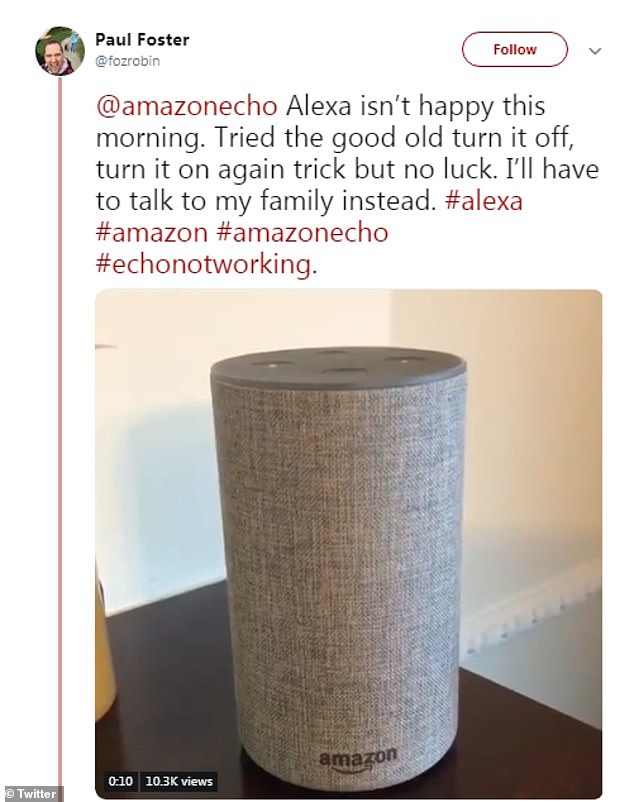 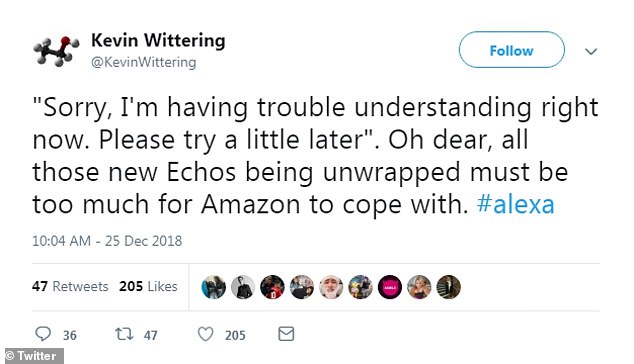 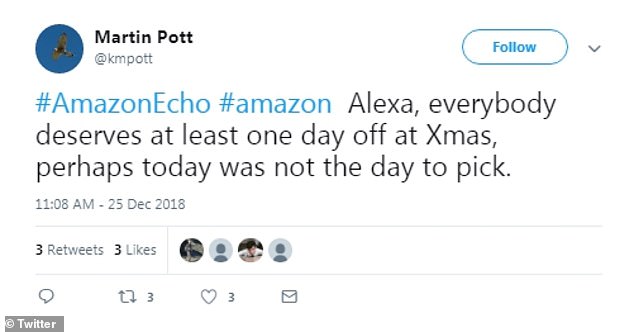 People took to social media to express frustration that Alexa had decided to have a day off at Christmas, one user joked ‘I’ll have to talk to my family instead’

One Twitter user named Dan Green pointed out that when the waiting list for new Echo Dot speaker is two months, the company should have been prepared for an big influx of activity.

It was not clear what caused the mass outage, but it is thought that the service was struggling to cope with a vast number of new users who unwrapped the AI speakers on Christmas day.

This would be supported by the fact that the issues began early this morning and appeared to peak around 10am, coinciding with when millions of people would be opening their presents.

The majority of users reporting issues with Alexa came from Italy and the UK, the Mirror reported. 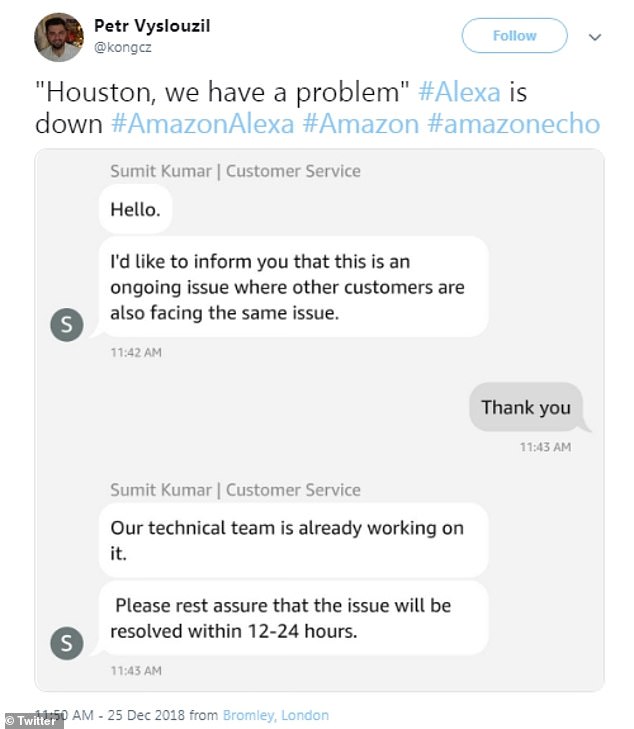 Replying to a query on Twitter, Amazon said they were aware of the issue and a technical team would resolve it within 12-24 hours.

Amazon released some end of year sales data on Wednesday, which showed that the Alexa smart assistant and Amazon Echo devices sold by their ‘tens of millions’ this year.