The online retail behemoth announced this week it will block Australians buying goods from overseas.

Amazon’s primary site, Amazon.com, will be inaccessible in Australia, with buyers diverted to the local store, which has been heavily criticised for its higher prices and less variety.

Amazon will stop selling to Australia from it’s primary site

‘Australian consumers have become quite accustomed to purchasing from large overseas retailers, Amazon begin the biggest example but also department stores like Nordstrom’s, Macy’s, and global retailers like ASOS,’ he said.

‘This could be the start of a trend where there are more restrictions placed on shipping to Australia. It would be surprising if others don’t join Amazon.’

The GST amendment lowers the current minimum spend for GST inclusion from $1,000 to $1 in response to backlash from local retailers.

The move, which attempts to level the playing field between local and international retailers, has posed issues to Amazon’s worldwide selling scheme.

The 10 per cent GST will be imposed from the July 1 onward. 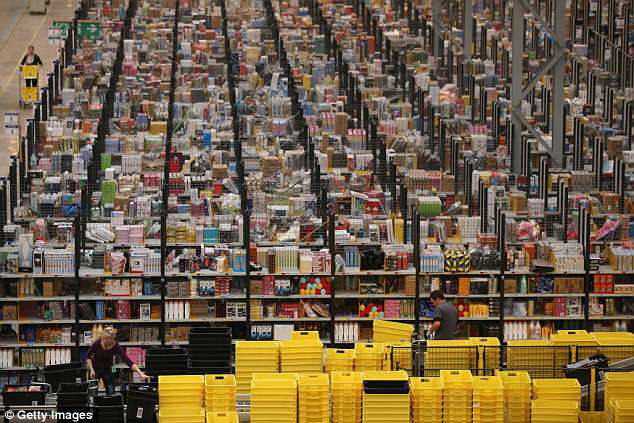 With over 500 million products, it’s a sharp contrast to the 60 million on offer on the Australian site

The major concern with this move is the lack of options that this will result in for Australian buyers.

The online giant offers up to 500 million products on it’s primary site currently, in contrast to the measly 60 million that the Australian site offers.

A spokesman for Amazon said customers would be able to use a new derivative of its brand, Amazon Global.

‘Amazon Global Store will allow Australian customers to shop on Amazon.com.au for over four million items that were previously only accessible on Amazon.com.’

He said the company ‘had to assess the workability of the legislation as a global business with multiple international sites.’

Whilst considered a win for local retailers, the loss of a great portion of consumer choice may prove to be costly.

Similarly, online platform eBay also threatened to change its guidelines if the new law was passed, however it has yet to comment on their stance.