Amber, 27, proves being disabled is no barrier to love

In the show, Amber goes on a date with 27-year-old former rugby player Laurence, who doesn’t have a disability

It is the show that proves love really can conquer all. Now in its eighth series, The Undateables, which returns to our screens tomorrow, features disabled singletons on a quest to find their perfect match.

Despite its controversial name, the Bafta-nominated show’s success speaks for itself. Some previous participants have even married and started a family.

Among those appearing this year is Fatima, a 20-year-old with achondroplasia, a common form of dwarfism. Fatima is 4ft tall and dreams of meeting a man who will be proud to be seen with her – and ideally is no more than 5ft 6in himself.

Trainee accountant Nisar, 22, has a stammer which makes dates so painful that he ends up leaving in embarrassment.

Rugby player Luke, 19, from Hull, has plenty of female admirers, but despite his good looks he is terrified of dating due to his Tourette’s syndrome, which causes uncontrollable verbal and physical tics.

But perhaps one of the most remarkable people featured in this series is Amber, 27, from Kent.

She suffered a massive stroke aged 19, and has not been on a date since. ‘After I had the stroke, doctors found blood clots in my lungs, brain, legs, arms – in fact everywhere apart from my heart. It’s a miracle that I’m still alive,’ she says.

The stroke left her paralysed down her right side and meant she was unable to speak for a month. She was forced to abandon her psychology degree. 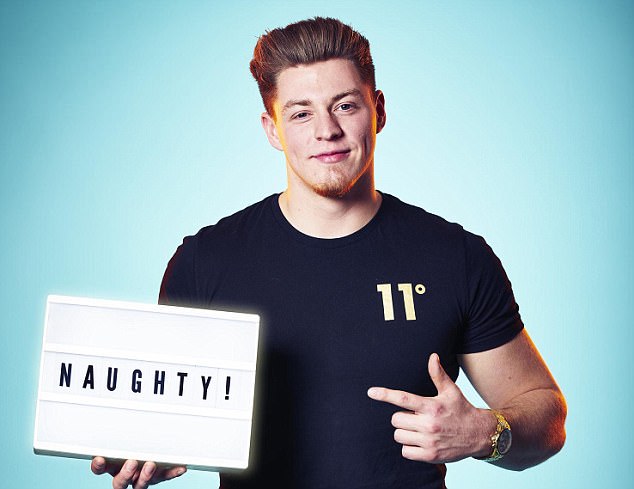 Rugby player Luke, 19, from Hull, has plenty of female admirers, but despite his good looks he is terrified of dating due to his Tourette’s syndrome

A fit, healthy, non-smoking, sporty teenager, the only thing Amber can attribute her stroke to is the contraceptive pill, although this has never been proven.

She now spends her time raising awareness that a stroke can happen to anyone at any age.

Today, she still struggles to construct sentences due to the stroke causing a condition called aphasia – damage to parts of the brain responsible for understanding and using language.

It is something she says has wrecked her confidence, and the thought of talking to an attractive man can leave her speechless. ‘I am terrified of dating, full stop. I’m not stupid – I just can’t talk. I can’t put the sentence together,’ she explains.

But the death of her mother Beverley two years ago from motor neurone disease gave her the ‘kick up the backside’ she needed to begin searching for love.

‘Mum was my rock. I’m lonely and need someone to love,’ says Amber. ‘Love is the pinnacle of life. I want to meet my Prince Charming. Or Shrek. One of those.’

In the show, Amber goes on a date with 27-year-old former rugby player Laurence, who doesn’t have a disability. Before the date, she confesses to being ‘excited and terrified’.

She says taking part really boosted her confidence. ‘It was an amazing experience – I am quite a positive and determined person and going on the show was exactly the right thing to do.’ 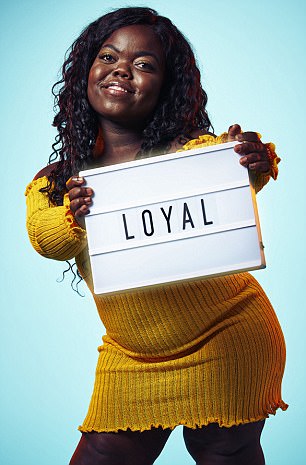 Among those appearing this year is Fatima, a 20-year-old with achondroplasia, a common form of dwarfism

Indeed, many participants say that appearing on The Undateables gave them the confidence to strike out on their own afterwards. Despite this, the programme has been lambasted over the years for exploiting disabled people for entertainment.

At the crux of that criticism was the idea that people with physical or mental disabilities were considered undateable.

Yet a spokesman for the show has claimed the title is ‘a reflection of society’s own perceptions and intended to challenge stereotypes and encourage debate’. And far from being offended, the very people that the show follows and champions are often its biggest fans.

One such person is TV presenter and researcher Adam Pearson, who helped to recruit singletons for series two.

Adam suffers from neurofibromatosis, a genetic condition that caused him to become facially disfigured by benign growths that developed uncontrollably when he was a child.

Growing up, he was bullied and called ‘Elephant Man’ and ‘Quasimodo’. He told The Mail on Sunday: ‘I have no problem with the show’s name – it does a great job of raising awareness of disability. People want a chance to fall in love and this show helps them to achieve it.

‘I got one of my mates to take part and was groomsman for him at the end of series six.

‘That shows how successful the show can be. It is about real people with real stories going on a real journey.’

The Undateables starts tomorrow on Channel 4 at 9pm.