Amber Davies put on a leggy display while sipping bubbly as she posed for an Instagram post on Friday following her split with Nick Kyriacou.

The Love Island star, 24, enjoyed her girls’ night as she posed in the picturesque sunset wearing an oversized yellow shirt.

Amber’stoned pins were on full display as she donned a thigh skimming patterned mini skirt.

Wow: Amber Davies, 24, put on a leggy display while sipping bubbly on Friday evening amid her split with Nick Kyriacou

She elevated her height by opting for very high orange stilettos as she posed in the candid shot.

Elsewhere in another photo, she posed in a video with her hair tied loosely back from her face, revealing her natural beauty.

The actress wore golden eyeshadow and a slick of black mascara across her eye line in one sultry selfie of her look. 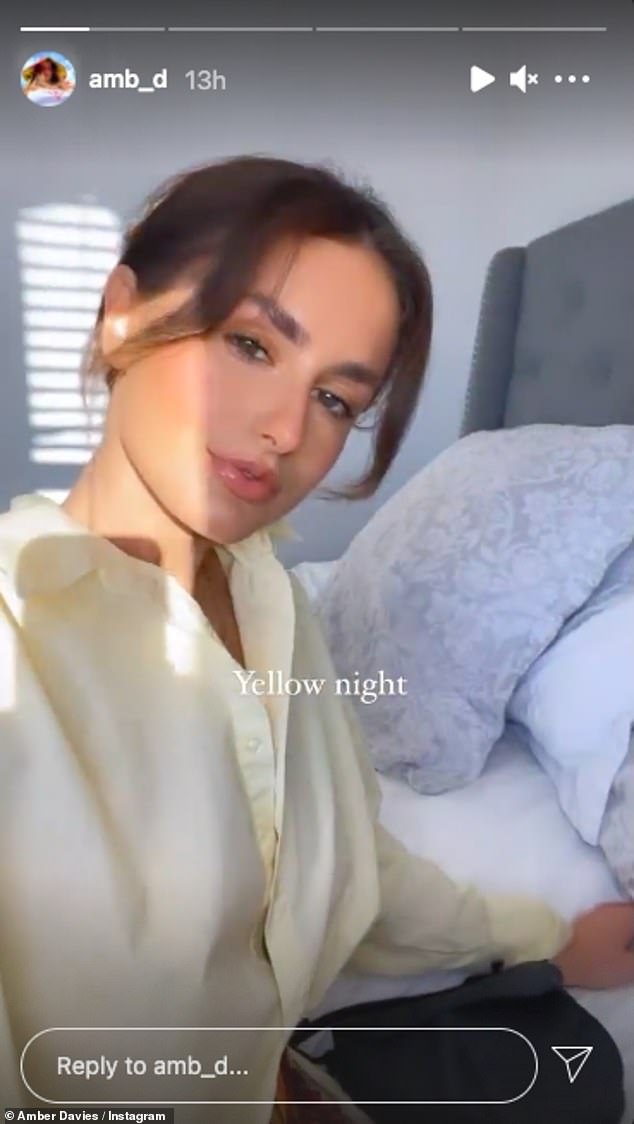 Stunning: The Love Island star highlighted her natural beauty with subtle make up as she posed at Golden Hour in an oversized yellow shirt

She put the details of her outfit on full display, revealing a gold chain bracelet and a chic black Dior saddle bag.

The posts come amid reports she has split from her beau Nick, 28, just one month after they reunited.

She is said to have already unfollowed Nick on Instagram after deciding to end their on-off romance.

A source told The Sun: ‘Sadly they couldn’t make it work second time around and broke things off again. 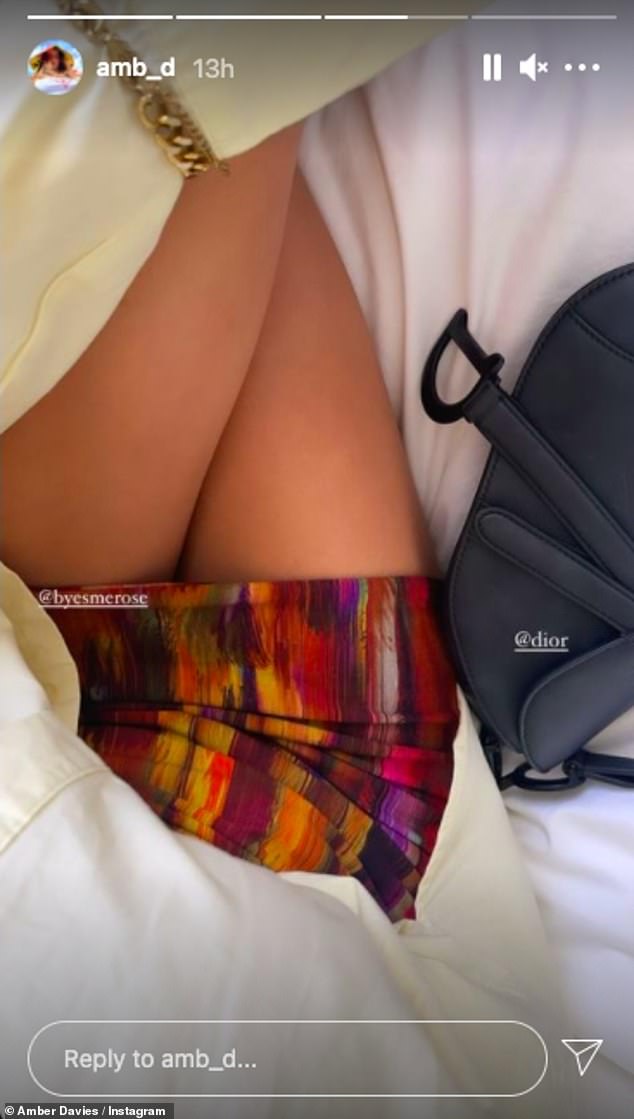 Fashionable: She put the details of her outfit on full display, revealing a gold chain necklace and a black Dior saddle bag

‘Amber is really heartbroken and unfollowed Nick as she couldn’t bear to see him on social media.’

Amber and Nick previously split after they moved in together during lockdown and found their relationship had become ‘too intense too soon’.

They decided to try again and take things slowly but have now parted ways once more.

MailOnline contacted representatives for Amber Davies for comment at the time. 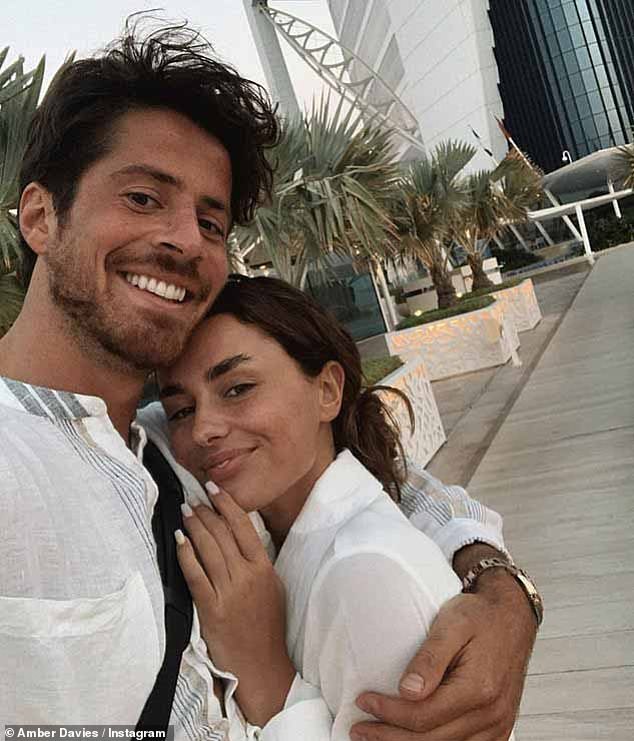 Split: The social media posts come after Amber reportedly split from her boyfriend Nick Kyriacou for the second time just one month after they got back together