Amber Heard LIED to US immigration about her personal assistant, claims ex-aide in court battle

Amber Heard ‘wilfully lied’ to US immigration by telling them that her British personal assistant was just ‘a friend’ and was not working unlawfully, her former aide has alleged in a High Court battle.

Kate James, who was fired by the actress in February 2015, also claimed Ms Heard ‘deliberately’ smuggled her dogs into Australia, leading her to be caught breaching quarantine rules, and she thought she was ‘above the law’.

The claims were made in a witness statement by Ms James’, which was submitted to the High Court as part of Johnny Depp’s libel action against The Sun newspaper.

The Pirates of the Caribbean star, 57, is suing is suing The Sun publisher News Group Newspapers and its executive editor Dan Wootton over an April 2018 article which labelled him a ‘wife beater’ over allegations he attacked Ms Heard. He strenuously denies the allegation. 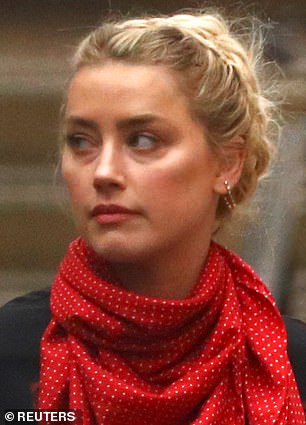 Amber Heard (pictured right) ‘wilfully lied’ to US immigration by telling them that her British personal assistant was just ‘a friend’ and was not working unlawfully, her former aide has today alleged during Johnny Depp’s (pictured left) High Court libel case against the Sun 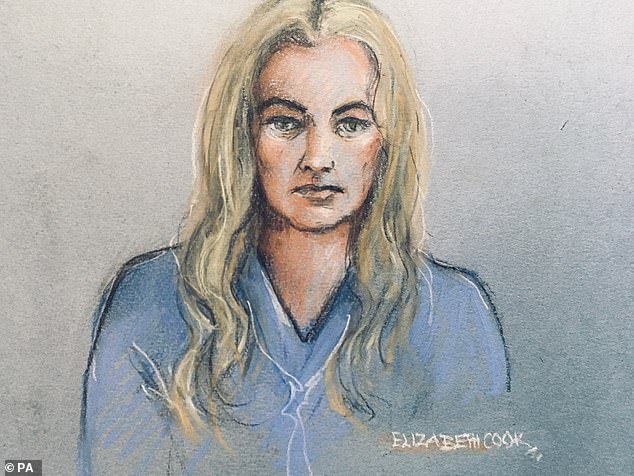 Kate James, who was fired by the actress in February 2015, also claimed Ms Heard ‘deliberately’ smuggled her dogs into Australia, leading her to be caught breaching quarantine rules, and she thought she was ‘above the law’

In her first witness statement, Ms James said she had been asked by Ms Heard in September 2014 to send a letter the actress had drafted to Homeland Security officials in the US about a woman named Savannah McMillan.

She claimed Ms Heard, 34, had hired the woman to work as a set assistant.

But she said that when immigration officials held and questioned Ms McMillan over her frequency of trips to the US, Heard produced a letter denying Ms McMillan was working for her.

She claimed Ms Heard said in a letter that Ms McMillan was ‘a personal friend’.

In written statement. she said: ‘Savannah, a British citizen, had been held in immigration and questioned about the frequency that she had been coming and going from the USA.

‘In Amber’s letter, she called it fraudulent that it was being alleged that Savannah was working for Amber unlawfully.

‘She (Ms Heard) said that, as Savannah’s “friend”, she could “say truthfully and unequivocally that this allegation is entirely false … I would like to go on the record saying that Savannah McMillan is a personal friend, and to my knowledge, has never worked unlawfully or otherwise in the United States. Or for me.”

Ms James alleged in her statement that she ‘knew this to be untrue’.

She added in her statement that ‘Amber was therefore wilfully lying to the US immigration department’, and included a photo of the letter and a pay cheque from Ms Heard to Ms McMillan. 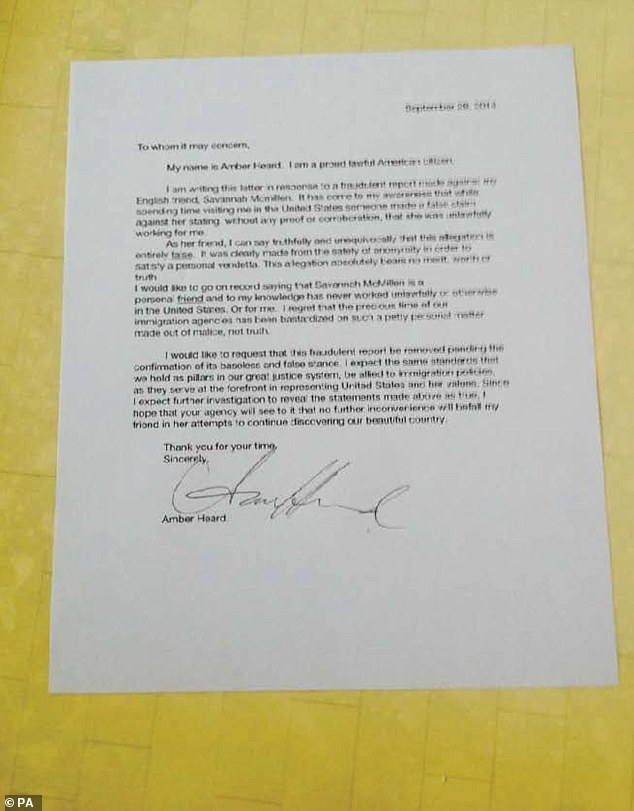 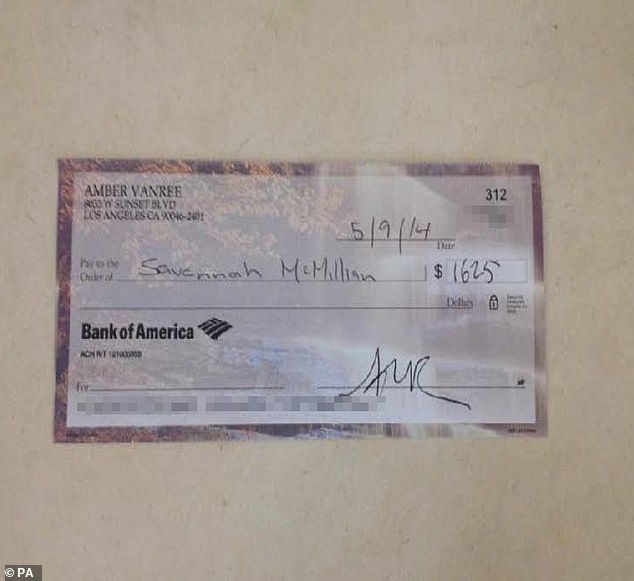 Her statement also referred to the episode when Ms Heard faced criminal proceedings over her dogs entering Australia illegally.

She claimed she had attempted to talk to Ms Heard about a date discrepancy in the time needed for the dogs’ immigration process, but said the actress’s eyes ‘would glaze over and she would walk away’.

‘She deliberately smuggled the dogs into Australia,’ Ms James said in her statement.

She added: ‘As in several circumstances which I observed, it was as if she felt that she was above the law.’

Ms James said she had been told about a discussion in which the actress is alleged to have considered asking Mr Murphy to ask her to sign a statement supporting Ms Heard’s position that ‘she (Ms Heard) did not know the dogs were not ready to be taken into Australia’.

The witness statement said: ‘The fact that she was willing to ask me to sign such a statement under oath… is a reflection of her approach to me… in general.

‘She did not care about throwing anyone under the bus, if it meant saving her own skin.’