Amber Heard’s former nurse testified that the actress sent her pictures with red marks on her face and was told that she was suicidal.

Erin Falati testified on Monday that she had written in her nursing notes that the actress had been ‘experiencing increased anxiety’ in November 2015, as the high-profile defamation trial between the feuding exes entered its fourth week.

Falati, who testified via a pre-recorded deposition, told the court that Heard’s sister had told her that the actress ‘kept saying she wants to kill herself’ in March 2015, after Heard returned from Australia following the couple’s explosive fight.

The healthcare worker is set to be questioned by Johnny Depp’s lawyers today after Judge Penney Azcarate called an early end to Monday’s proceedings before Falati could finish her testimony.

The court was shown photographs of Heard’s red and bruised face that the actress had sent to Falati.

Speaking of the photographs, Falati said: ‘I’m not an expert… I mean there’s color on her face in different areas, I don’t know what’s what.’ 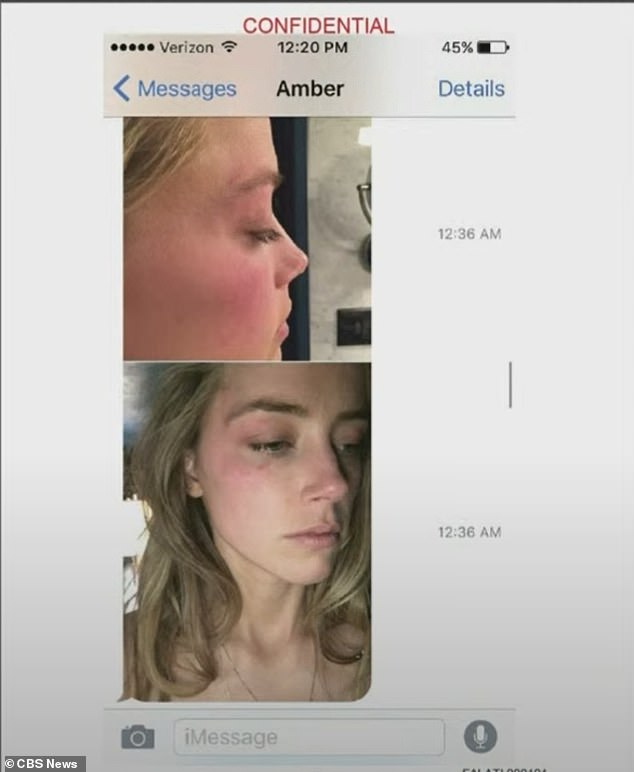 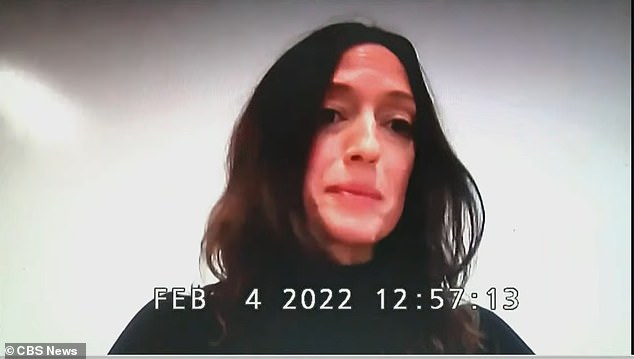 Erin Falati testified on Monday that she had written in her nursing notes that the actress had been ‘experiencing increased anxiety’ in November 2015, as the high-profile defamation trial between the feuding exes entered its fourth week

Falati recalled how she had texted Whitney Heard, Heard’s sister, checking if she was OK, after the actress had returned from Australia.

Falati wrote in a text: ‘Thank goodness she must be exhausted. You want me to come to the loft or is she safe and sound asleep?’

Whitney replied: ‘Safe? No she is not, kept saying she wants to kill herself.’

In her nursing notes from November that year, Falati wrote that Heard had been ‘experiencing increased anxiety’ with ‘several outbursts of anger and rage’

Falati told the court that she was there to ‘in layman’s terms, calm things down a bit.’

She recalled one incident in London in 2014 when Heard was ‘very angry’ because she thought her phone had been hacked.

In a note in her nursing log on December 17, 2015, Falati described how Heard was ‘weepy and sad’ and ‘slouched’ after a row with Depp.

Heard had a ‘visible bright red blood appearing at the center of lower lip’ that was ‘actively bleeding.’

The notes stated that Heard’s ‘head is bruised and she lost clumps of hair in altercation’ – she was advised to get it checked out.

In a note in the nursing log from May 26, 2016, after the divorce was filed, Falati said Heard felt it was the ‘hardest’ time of her life and that she ‘can’t deal with the negative publicity.’ 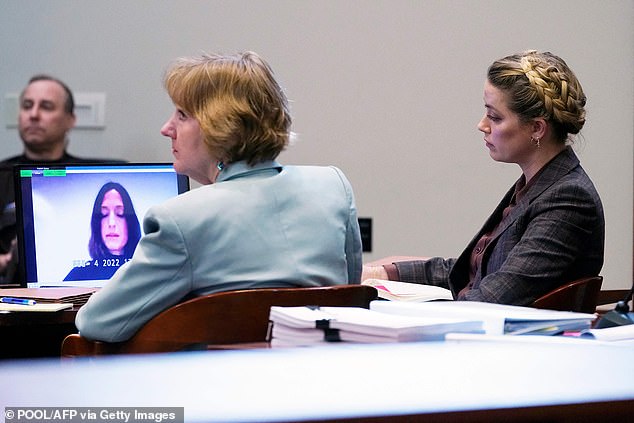 Actor Amber Heard and her attorney, Elaine Bredehoft, listen to Erin Falati, also known as Erin Boerum, a former nurse of Amber Heard, as she testifies remotely in the courtroom at the Fairfax County Circuit Court in Fairfax, Virginia, on May 2 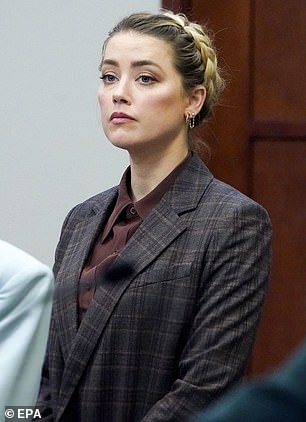 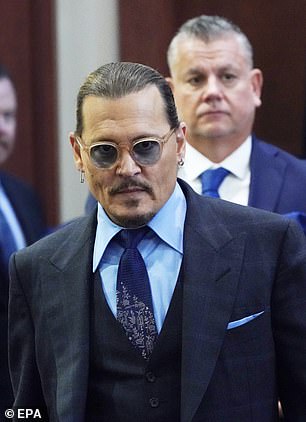 Erin Falati testified on Monday that she had written in her nursing notes that the actress had been ‘experiencing increased anxiety’ in November 2015, as the high-profile defamation trial between the feuding exes Amber Heard and Johnny Depp entered its fourth week

Earlier on Monday, Depp’s agent testified that Heard’s 2018 op-ed piece in The Washington Post describing herself as a victim of domestic abuse was ‘catastrophic’ to his career and coincided with the loss of a $23 million deal for a ‘Pirates of the Caribbean’ sequel.

Heard’s lawyers pushed back aggressively against the agent’s assertion on cross-examination, suggesting that the article was inconsequential amid a stream of bad publicity for Depp brought on by his own bad behavior.

Depp is suing Heard for libel in Fairfax County Circuit Court, saying her article defamed him when she described herself as ‘a public figure representing domestic abuse.’

The article never mentions Depp by name, but Depp’s lawyers say he was defamed nevertheless because it’s a clear reference to abuse allegations Heard levied in 2016.

In testimony Monday, agent Jack Whigham said Depp was still able to work after the initial allegations made against him in 2016.

He was paid $8 million for ‘City Of Lies,’ $10 million for ‘Murder on the Orient Express’ and $13.5 million for ‘Fantastic Beasts: The Crimes of Grindelwald,’ all of which shot in 2017, albeit under contracts reached prior to the allegations made against him.

But he said The Washington Post piece was uniquely damaging to Depp’s career.

‘It was a first-person account, extremely impactful,’ Whigham said of the op-ed.

After that, he said Depp struggled to get any kind of work. He had to take a pay cut — down to $3 million — to do the independent film ‘Minimata,’ and a $22.5 million verbal deal he had with Disney for a sixth ‘Pirates’ film was scuttled, Whigham said.

On cross-examination, though, Heard’s lawyers asked whether the ‘Pirates’ deal had already gone south by the time Heard’s article was published. Whigham acknowledged he never had a written deal for Depp to appear in a sixth ‘Pirates’ film.’

And while he said ‘Pirates’ producer Jerry Bruckheimer talked favorably throughout 2018 about Depp coming back to the franchise, Disney executives were noncommittal at best.

By early 2019 — weeks after Heard’s op-ed — Whigham said it was clear that Depp’s role in any ‘Pirates’ film was scuttled and that producers were instead looking to move ahead with Margot Robbie in a lead role.

Heard’s lawyers have cited a variety of factors — including reports of heavy drug and alcohol use, a lawsuit by a crew member in July 2018 who says he was punched on set by Depp, and a separate libel lawsuit Depp filed against a British newspaper in 2018 — as things that damaged Depp’s image more than the Post article.

For Depp’s Virginia lawsuit to be successful, he not only needs to show that he was falsely accused, but he also needs to show that the op-ed piece — not Heard’s abuse allegations in 2016 when she filed for divorce and obtained a temporary restraining order — is what caused the damage.

Depp’s lawyers also presented testimony from an intellectual property expert who testified about the negative turn in Depp’s reputation. But his own data, showing trend lines from Google searches, showed negative spikes occurring after the 2016 abuse allegations, but negligible or nonexistent changes after the Post article.

The trial has now entered its fourth week. Much of the testimony during the first three weeks centered on the volatile relationship between Depp and Heard.

Depp says he has never struck Heard. Her lawyers said during the trial’s opening statements that she was physically and sexually abused by Depp on multiple occasions.