Amber Heard’s attorneys threatened to make public photographs of Johnny Depp smoking drugs from a glass bong as part of their bitter legal battle this week.

Heard and Depp are battling over his allegation that she defamed him by writing in a Washington Post op-ed that she was the survivor of domestic abuse.

She never named him in it but Depp claims that because their bitter divorce was so public, it inferred he had been violent towards to her – something he says is a lie.

Her lawyers are asking the judge to keep the entire case under seal because, she says, she does not want private details of their friends and families’ lives to become public which they inevitably will if they are submitted as part of the record.

Depp, however, says he has nothing to hide and wants to hash the entire thing out publicly.

To urge Depp’s team to change its position, Roberta Kaplan – Heard’s attorney – said that they planned to submit the damning photographs as part of their case, according to The Blast.

They say it is the type of material that ought to stay private – for his sake – but that must be used in their defense to paint a clear picture of their marriage. 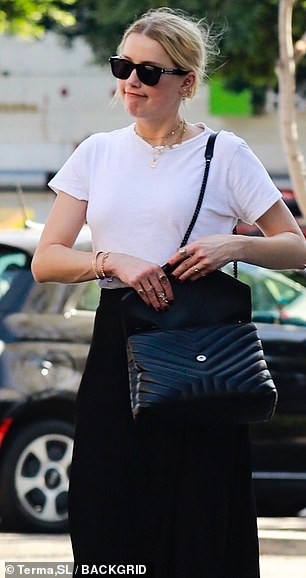 Depp is suing his ex-wife for defamation. He is pictured on September 6. Heard (right in L.A. on September 20) is fighting his case but wants a judge to keep the record of it private. To try to get Depp to agree, her attorneys submitted photos of him smoking drugs this week and said they were the ‘tip of the iceberg’ of what they planned to show

‘These are highly confidential, Your Honor, so I just don’t want anyone else to see them. So, Your Honor, what I’ve just shown you are photos that are really just the tip of the iceberg that we would produce in this case.

‘There are many, many more like them,’ Kaplan told the judge.

Depp’s attorneys shot back saying they had nothing to hide and that Heard’s lawyers were merely trying to bully him into agreeing to request that the record be sealed.

‘Your Honor, the photographs that were, shown as an inducement to try to get us to drop our motion, don’t relate to Ms. Heard. They relate to Mr. Depp. Mr. Depp has nothing to hide. He has testified about his substance abuse. He owns that.

‘And it’s absolutely – I thinks it’s outrageous, Your Honor they tried to do that. They didn’t come here with materials relating to Ms. Heard,’ his attorney, 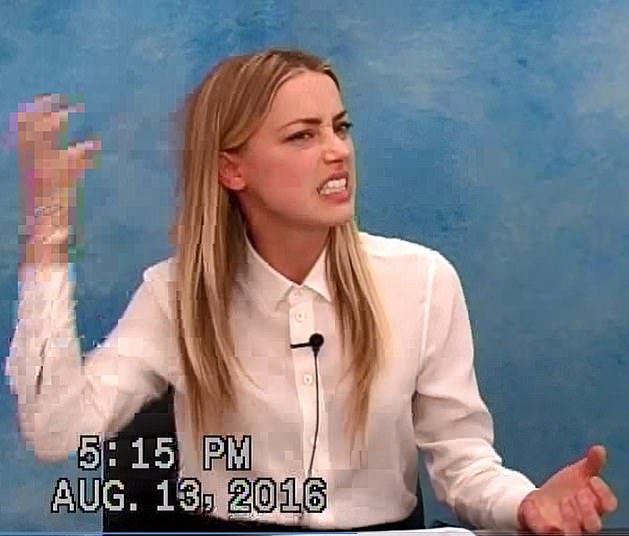 Amber Heard is pictured at a August 2016 deposition describing how Depp allegedly ‘beat her’ and yanked her hair. It was part of her defense to his defamation lawsuit 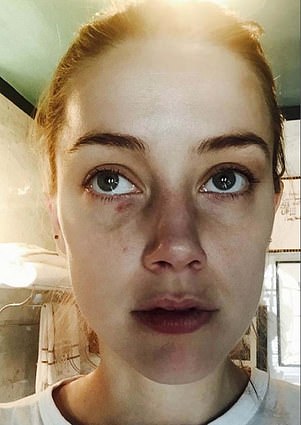 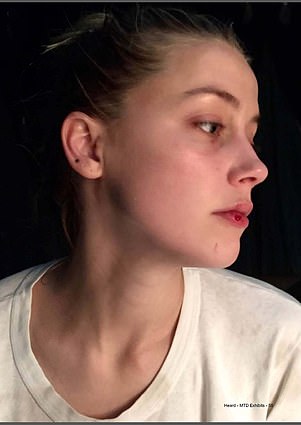 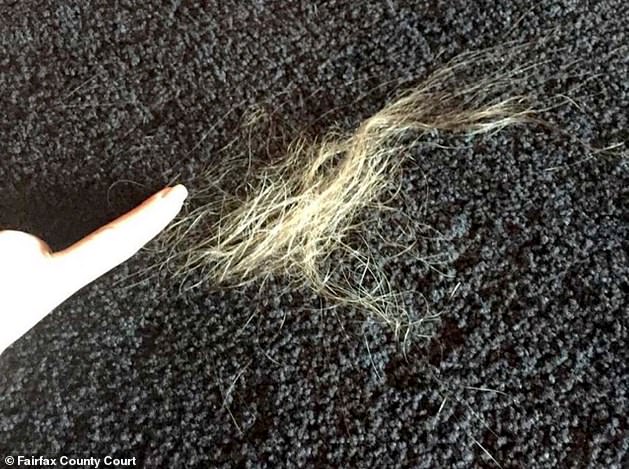 This is one of the clumps of hair left on the ground after Depp pulled it from her hair during a December 2015 fight, she claimed

His lawyer Adam Waldman accused Kaplan of ‘a blackmail attempt’, adding that the ‘threat was simple: drop your opposition to keeping the evidence secret or we will show the judge these pictures’.

Kaplan maintained that it was far from ‘blackmail’ and that they ‘did not threaten to ‘release’ any photographs, including photographs showing Mr. Depp using illegal drugs’.

All medical records and bank were sealed by the judge, as well as Heard’s diary.

Depp is claiming that Heard is lying about him hitting her throughout their short, tumultuous marriage.

She has already submitted photos of clumps of hair she says he pulled from her head along with images of her black and beaten face as apparent evidence that she is being truthful. 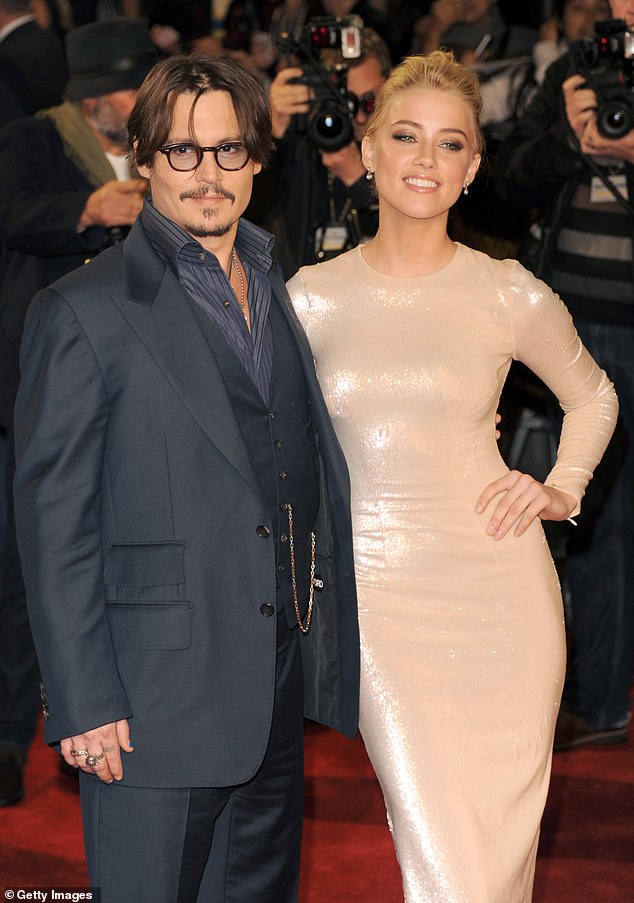 The pair are pictured in 2011 before they got married. They met on the set of the Rum Diary