The court heard from Erin Falati, also known as Erin Boerum, the former nurse of Amber Heard who appeared by video deposition.

Under questioning from one of Depp’s lawyers, she walked through her notes of her treatment of Heard, starting with their first meeting in August 2014.

The notes state that Heard ‘reports history of substance abuse including an addiction to cocaine and liquor.’

‘Heard does not smoke but reports she drinks ‘1-3 glasses of red wine a day,’ the notes state.

The notes state: ‘Familial history of substance abuse, both mother and father have abused and become dependent on stimulants.

‘Client identifies as bisexual, and was married to a female partner prior to current relationship.’

The notes add that Heard had been ‘experiencing increased agitation recently and has had several outbursts of anger and rage. Her mood has been labile.’

Asked what ‘labile’ meant, Falati said: ‘Emotional lability is when emotions spin on a pendulum, you see someone sad and quickly transition to extreme happiness, it’s like a pendulum.’

This comes as Heard’s lawyers asked Judge Penney Azcarate to dismiss the case, saying Johnny Depp had not proven his claims.

Judge Azcarate denied the request regarding two statements in the Washington Post op-ed because there was a ‘scintilla’ of evidence a jury may find that they were defamatory. 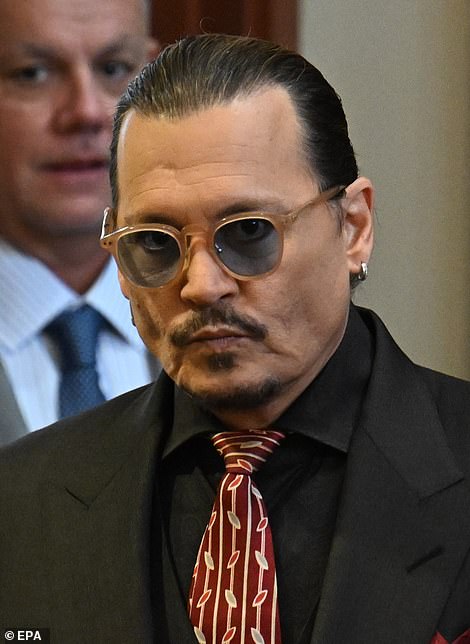 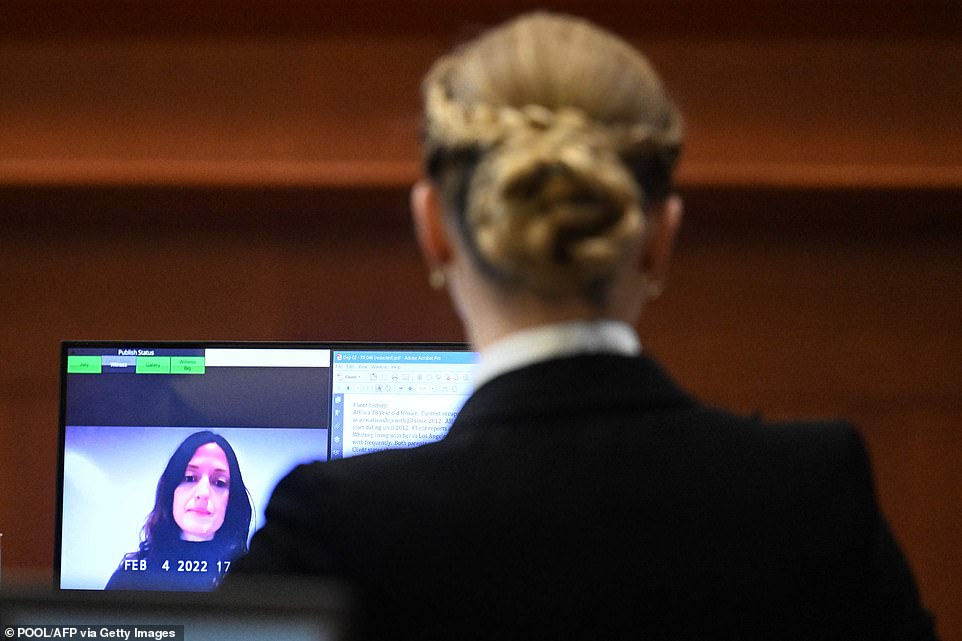 The court heard from Erin Falati, also known as Erin Boerum, the former nurse of Amber Heard who appeared by video deposition 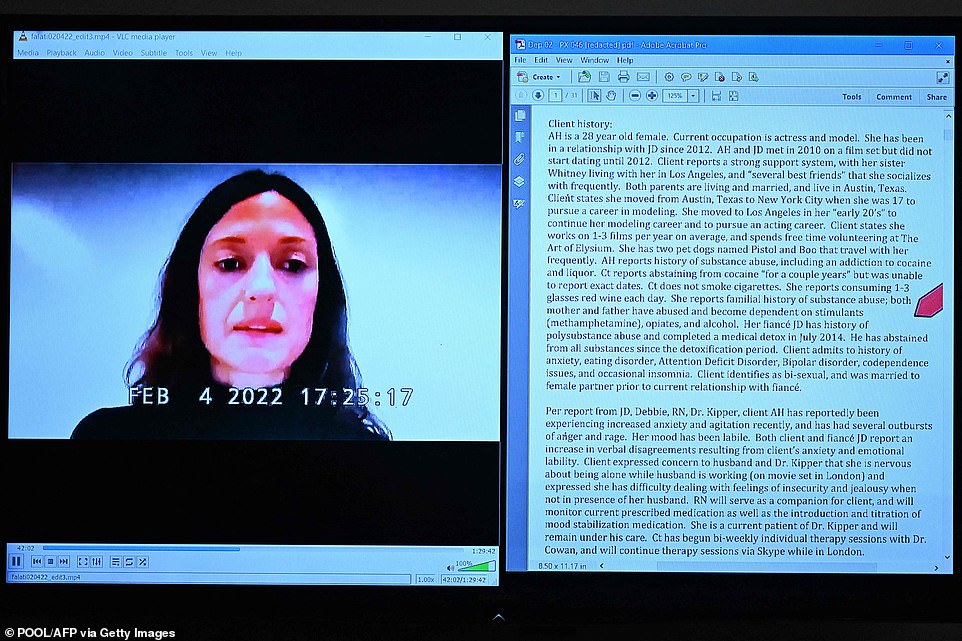 Under questioning from one of Depp’s lawyers, she walked through her notes of her treatment of Heard, starting with their first meeting in August 2014 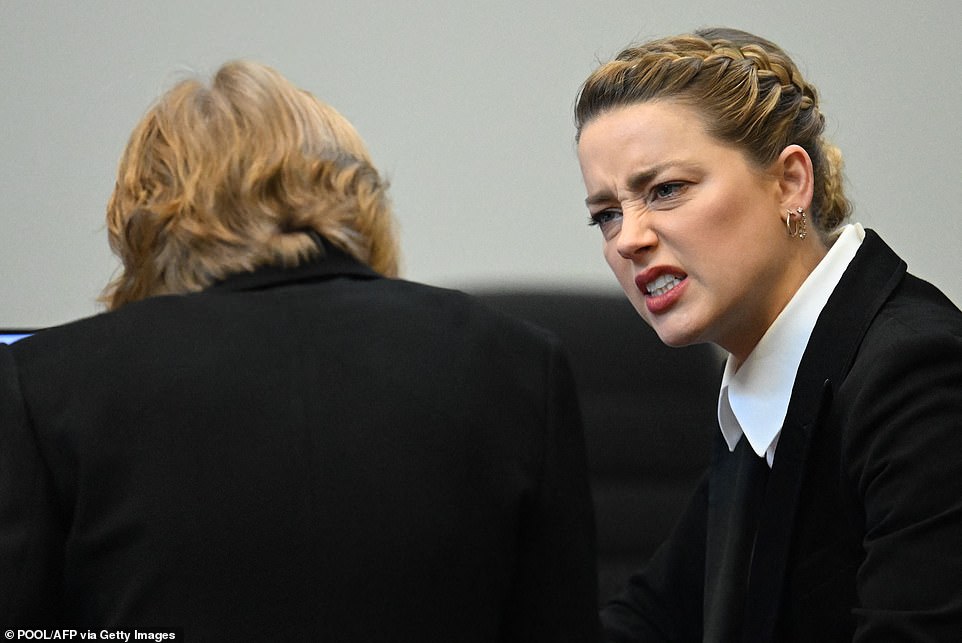 Falati told the court she recalled Heard acting like this during the time she treated her.

In another remark from the notes, Falati said: ‘Client expressed concern to husband and Dr Kipper (Depp’s personal doctor) she is nervous about being alone while husband is working (on movie set in London) and expressed she has difficulty dealing with feelings of insecurity and jealousy when not in presence of her husband.’

In a note from August 29, 2014, Falati said that over dinner Heard spoke about her ‘confusion’ because she thought Depp wanted her to ‘eliminate acting career’ and stay home.

Asked if she ever got the impression Depp wanted Heard to stop acting, Falati said: ‘I don’t recall that being a sentiment.’

In Falati’s medical notes from September 2, 2014, she wrote that Heard reported ‘difficulty with jealousy issues and anxiety around fiance’s fame and ability to interact with females often.’

Falati told the court she recalled a ‘general sense of jealousy and anxiety issues cropping up over the years.’

In the medical notes from September 4, 2014, Falati noted that at dinner Heard became ‘frustrated’ with the wait staff over a miscommunication.

Heard calmly repeated herself which caused Falati to reflect on her ‘change in coping mechanism’ as previously Heard’s coping skills involved ‘anger and yelling.’ 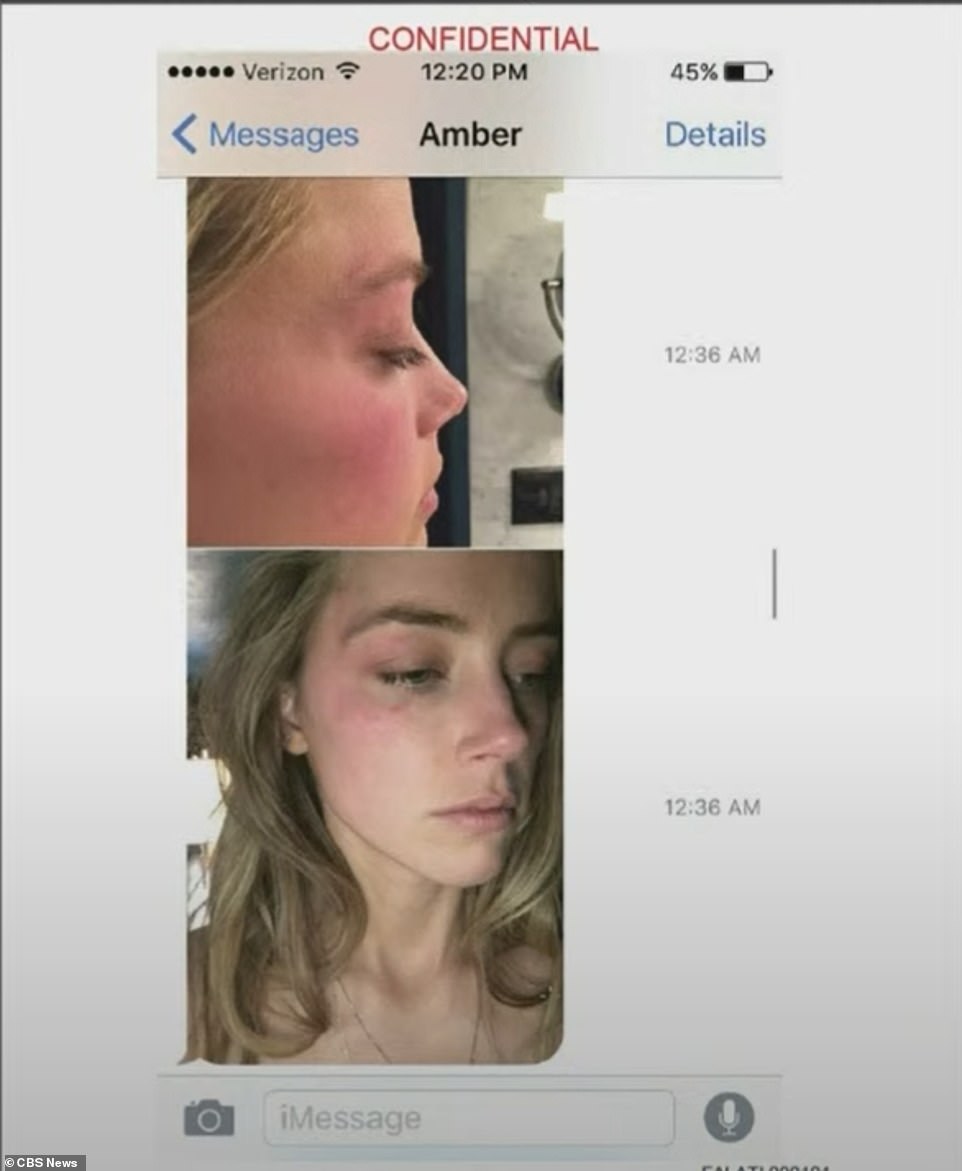 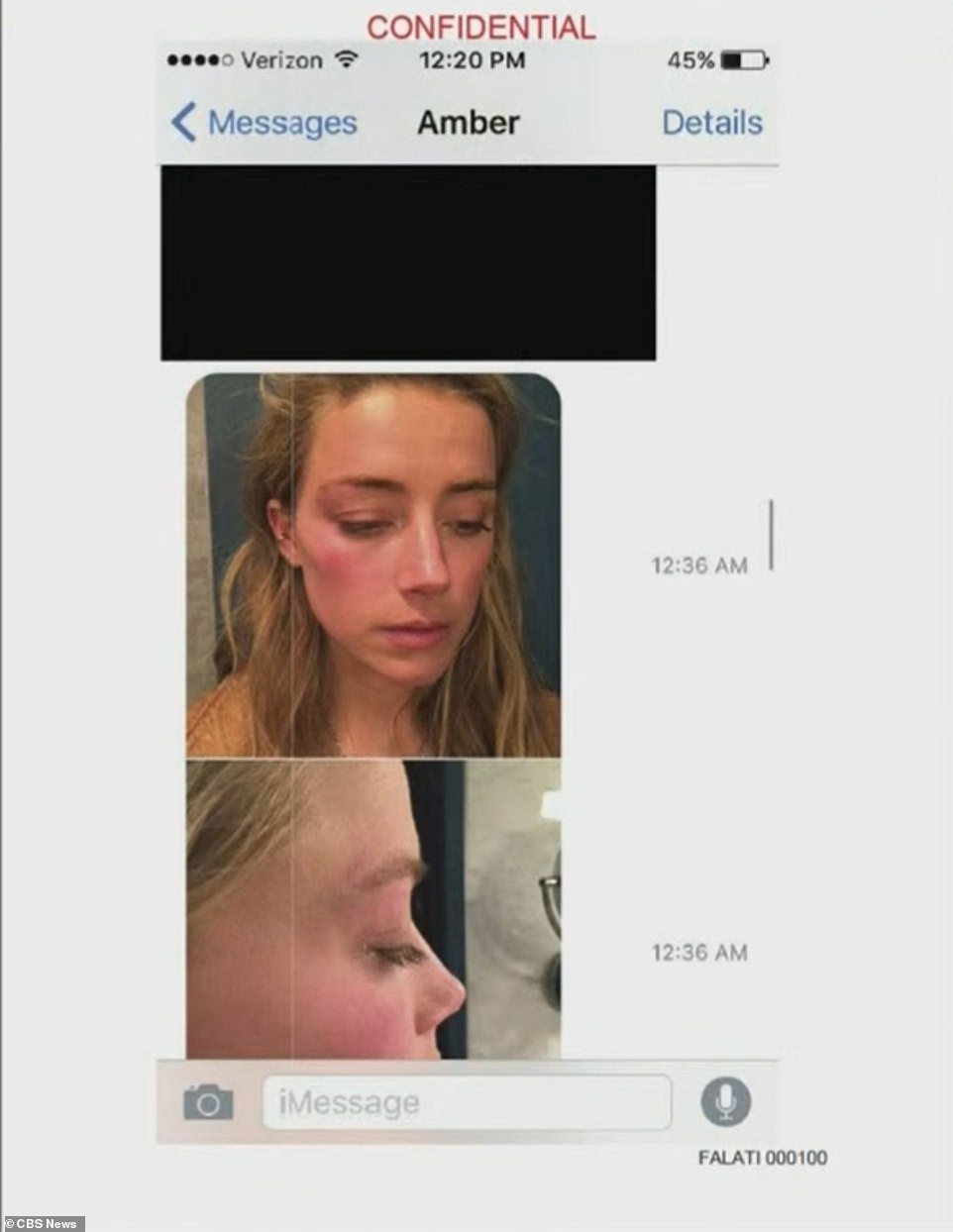 In a note on March 25, 2015, Falati wrote that Heard was ‘concerned about ability to trust fiance following argument’ two days earlier.

Falati told the court she had a ‘generalized memory of there being jealousy and anxiety issues including mistrust within the relationship.’ 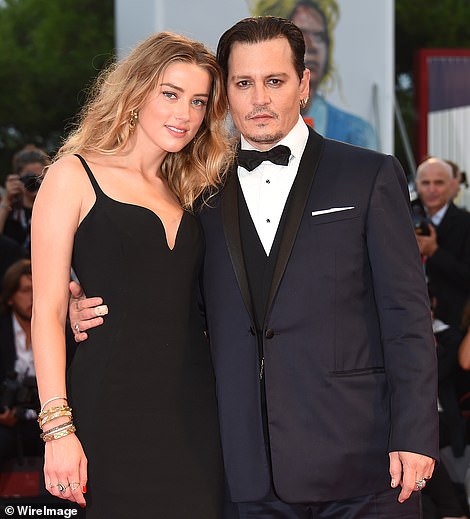 Depp and Heard are seen in September 2015 in Venice, Italy – the same year a blowout fight in Australia took place

Asked if she recalled Heard thought Depp was ‘cheating on her’, Falati said she didn’t recall that specifically, just a general sense of jealousy.

Another note from December 17, 2015 revealed Falati’s observations about Heard at her Los Angeles penthouse following a fight with Depp.

The notes state that she ‘had visible bright red blood appearing at center of lower lip’ and that it was ‘actively bleeding.’

The medical notes stated: ‘Heard stated it was from injury sustained in an argument between her and her husband.

‘States her head is bruised and she has lost clumps of hair in the altercation.’

The court heard that Falati attended Heard’s 30th birthday at the penthouse on April 21, 2016 where Heard became angry because Depp was late.

The notes of the evening state: ‘Heard appears to laugh and smile when talking to friends but mood turns depressed and affect flat when she is alone or talking with friend Rocky.

‘Heard said: ”I can’t believe (Depp) isn’t here yet. He keeps saying he is on his way but he still hasn’t shown up”’

Depp had been attending a two-hour crunch meeting with his accountants and turned up at 10.15pm.

The following day Heard went to the Coachella music festival with her friends as a birthday trip.

The note states: ‘Client admits to illicit drug use, and states she ingested mushrooms and MDMA simultaneously and vomited and was ‘high for at least 24 hours straight.’

‘(Falati) reminded client that illicit drug use will not be tolerated by medical staff and that any medications or drugs that are not prescribed can cause adverse effects with her prescribed medication.

‘Client laughed and also reported using illicit drugs (mushrooms and MDMA) on March 9 at home with a high profile male acquaintance. Client reported that her husband was not aware of the male visitor, not her illicit drug use.’

Asked if Heard ever spoke about her substance use before, Falati said that she did when they first met. 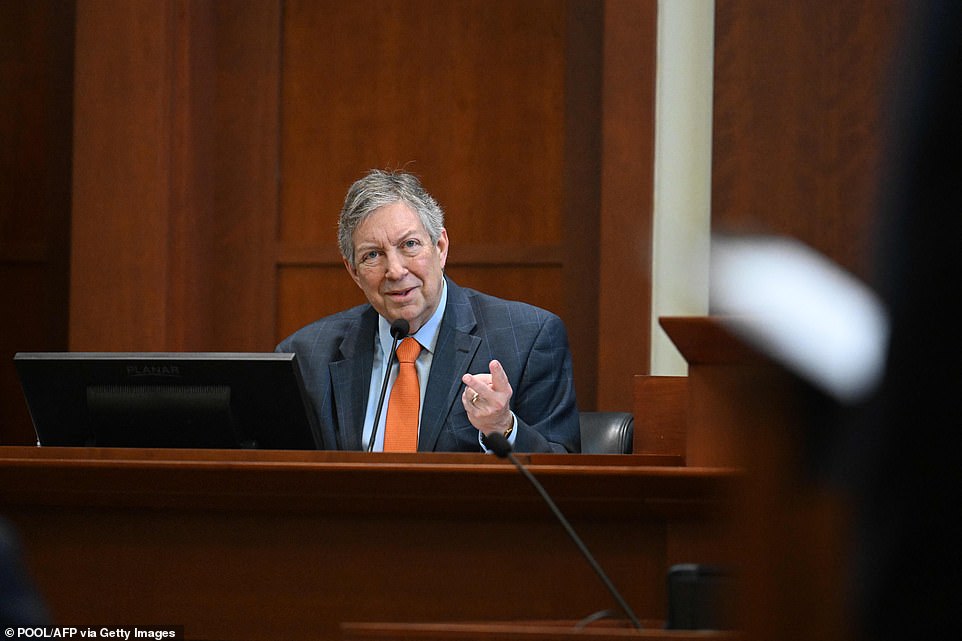 Mike Spindler, a forensic accountant called by the Depp team, testified that Depp lost out of $40m in earnings as a result of the claims by Heard 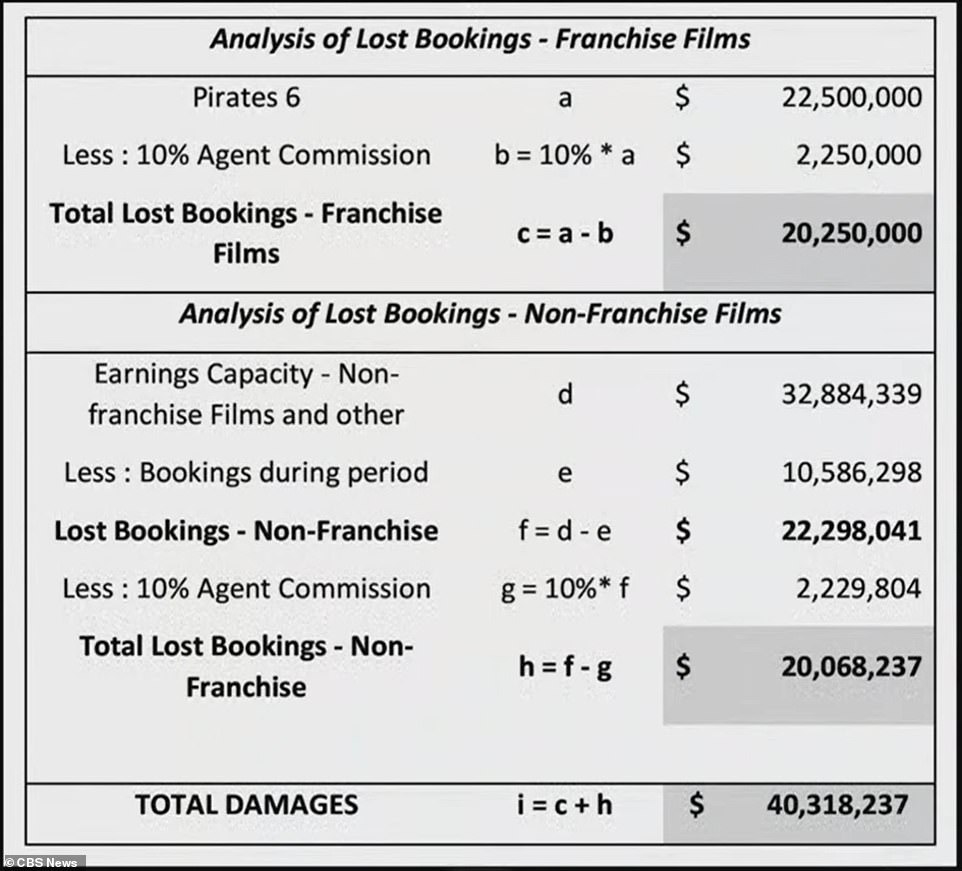 Of that $20.2m was from the loss of Pirates of the Caribbean 6, where Depp would have played the role of Captain Jack Sparrow, after agent’s fees were deducted

Mike Spindler, a forensic accountant called by the Depp team, testified that Depp lost out of $40m in earnings as a result of the claims by Heard.

Of that $20.2m was from the loss of Pirates of the Caribbean 6, where Depp would have played the role of Captain Jack Sparrow, after agent’s fees were deducted.

Between the Washington Post op-ed being published in December 2018 and October 2020, Depp lost out on another $20m from other films he didn’t appear in.

Meanwhile, legions of fans have come to Depp’s defense after hearing his testimony last week, with a petition calling for his ex-wife to be axed from upcoming sequel Aquaman and the Lost Kingdom  reaching three million signatures Monday.

Supporters of the actor are pleading with filmmakers DC and Warner Bros to ditch the actress from the sequel, Aquaman 2, which is due to be released next March.

Heard starred as Mera in the original film in 2018 alongside Jason Momoa and Nicole Kidman.

Critics believe she should suffer the same fate Depp did when he was dropped by Disney in his role as Captain Jack Sparrow in the sixth installment of Pirates of the Caribbean – after Heard’s op-ed.

‘I will not be going to view Aquaman 2 movie if Amber is playing the role,’ one fan tweeted. ‘I love Jason Momoa, I can’t support a project that fires the victim and kept the abuser in their films.’

Another said: ‘I don’t care if Amber Heard’s Aquaman 2 screen time is reduced to 10min. I won’t watch it until they reduce it to 0.’

Heard is countersuing for $100million. Up until now she has watched on as the actor has made multiple allegations about her alleged behavior during their tumultuous relationship. 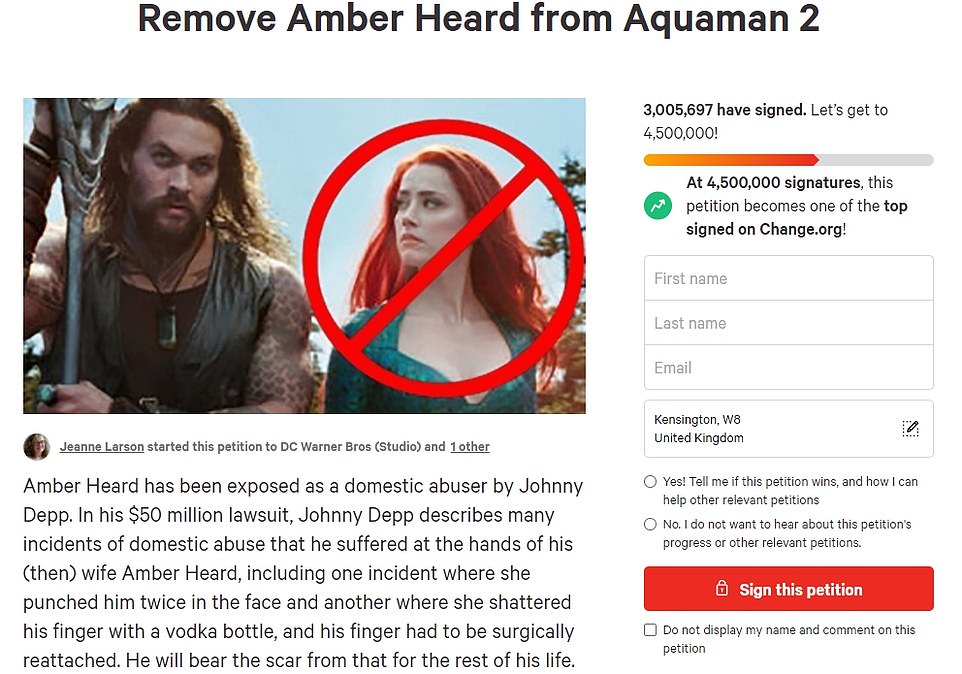 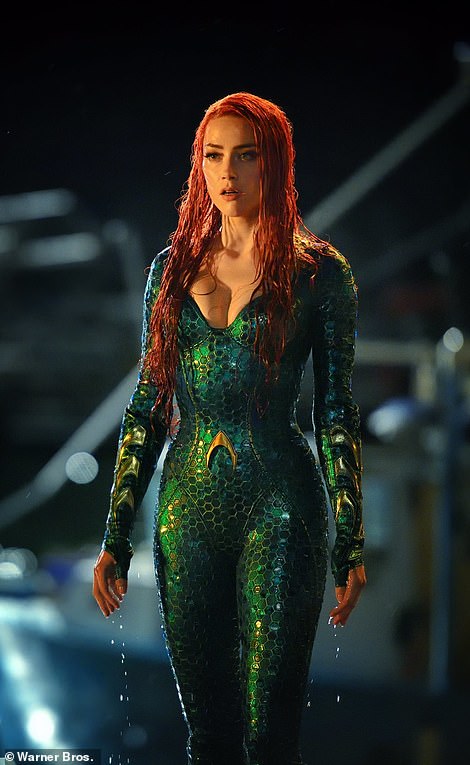 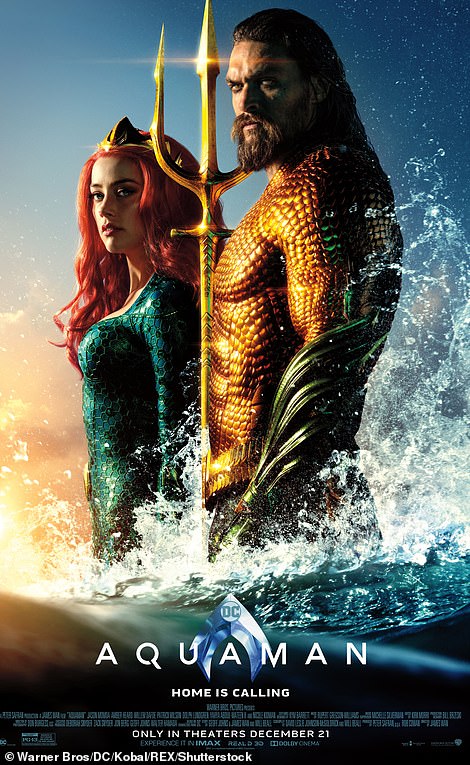 Heard featured as Mera in the 2018 movie Aquaman, and is set to reprise her role in the sequel Aquaman and the Lost Kingdom

If the petition, which is already rapidly rising, reaches 4,500,000 signatures it will become one of the top signed on Charge.org.

It states: ‘Amber Heard has been exposed as a domestic abuser by Johnny Depp.

‘In his lawsuit, Johnny Depp describes many incidents of domestic abuse that he suffered at the hands of his (then) wife Amber Heard, including one incident where she punched him twice in the face and another where she shattered his finger with a vodka bottle, and his finger had to be surgically reattached.

‘He will bear the scar from that for the rest of his life.’

It continues: ‘Men are victims of domestic abuse, just like women. This must be recognized, and action must be taken to prevent a known abuser from being celebrated within the entertainment industry.

‘Do the right thing. Remove Amber Heard from Aquaman 2.’

The A-list trial in Virginia, started on April 11 and is set to last another three weeks.