Ms Rudd, who is Work and Pensions Secretary, is considered a Theresa May loyalist, admitted her raising the possibility of a second referendum would ‘distress’ some members o fher party.

She said she was fully committed to Theresa May’s deal but acknowledged it was facing a difficult path through parliament. 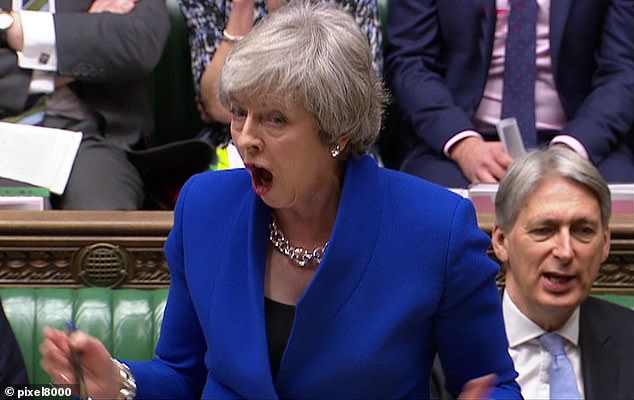 The PM has told MPs they will have a ‘meaningful vote’ on the deal early next month.

Ms Rudd backed the idea of an indicative vote to find which Brexit options MPs would be prepared to support if the Prime Minister’s deal is rejected.

The Work and Pensions Secretary told ITV’s Peston: ‘I don’t want a people’s vote, or a referendum in general, but if Parliament absolutely failed to reach a consensus I could see there would be a plausible argument for it.’

She added: ‘Parliament has to reach a majority on how it’s going to leave the European Union.

‘If it fails to do so, then I can see the argument for taking it back to the people again, much as it would distress many of my colleagues.’

Ms Rudd said an indicative vote would ‘flush out’ MPs by forcing them to show their support for one option or another, and encourage those whose favoured ideas are rejected to reach a compromise.

‘We are going to have to find a way, as MPs, of working together to find a consensus, of agreeing on how to stop no-deal taking place,’ she said.

Miss Rudd has already indicated she would rather quit than oversee a no-deal Brexit and yesterday it emerged that such an outcome could leave Mrs May to face a Cabinet walkout. Justice Secretary David Gauke suggested ‘many’ senior ministers could resign. 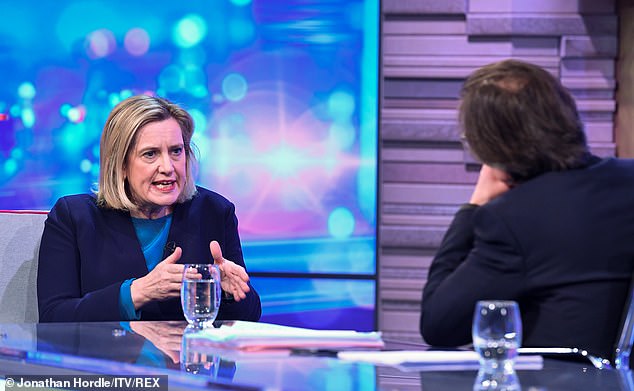 Climate change minister Claire Perry suggested she would rather delay Britain’s exit from the EU than leave without a deal.

Miss Rudd’s comments were seized on by pro-EU campaigners.

Labour’s Owen Smith, a backer of anti-Brexit group Best for Britain, said: ‘Amber Rudd may be the first Tory Cabinet member to say she’d rather have a people’s vote than allow a catastrophic no-deal to unfold, but she won’t be the last.

‘This is a massive moment for our campaign.’

Meanwhile Ireland followed the UK and the European Union in setting out the latest stages of its no-deal Brexit planning.

‘In many significant ways, a no-deal Brexit would pose unique, unprecedented and extremely difficult challenges for the EU, including Ireland, and especially the UK,’ the Irish Government document said.

As part of the plan, Dublin Port is creating extra parking for hundreds of trucks from the UK awaiting inspection after Brexit. 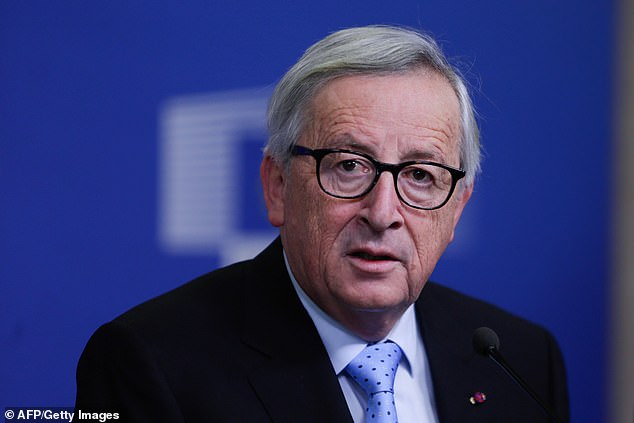 EU Commission president Jean-Claude Junker, pictured, warned Britons they could face flight disruption and long delays at ports in the event of a no-deal Brexit

In London, Mrs May will meet her Polish counterpart Mateusz Morawiecki for talks.

The discussions are expected to focus on defence and security co-operation, but come as the Prime Minister is desperately trying to secure further reassurances from EU leaders about the Northern Ireland backstop measures in  the Brexit deal before the crunch Commons vote in the week commencing January 14.

‘There’s not a lot of detail there,’ Ms Sturgeon said.

‘She says she’s working with the EU, trying to find assurances. I pressed her to give a bit more detail on that. I have to say it wasn’t forthcoming.’

However, the European Union has produced warnings about the possible impact of a no-deal Brexit.

He warned British tourists face flight disruption and tailbacks at ports if there is no deal agreed by the end of March.

The warnings came as the EU ramped up its no-deal advice to member states by approving 14 fresh contingency measures.