Jean-Claude Juncker’s ‘grotesque’ behaviour towards women should have been put under official investigation, Amber Rudd has claimed.

The Work and Pensions Secretary called the EU Commission president ‘ghastly’ after last week’s EU summit during which he appeared to manhandle Theresa May and ruffled a woman’s hair – conduct Miss Rudd condemned as ‘terrible’.

She said: ‘He’s ghastly. What I minded before that were those pictures of the way he was holding the Prime Minister. I did not like that.’

Calling the ruffing of the woman’s hair ‘grotesque’, she said she used to avoid the ‘big hugs’ meted out by EU Commissioners by claiming she had a cold. 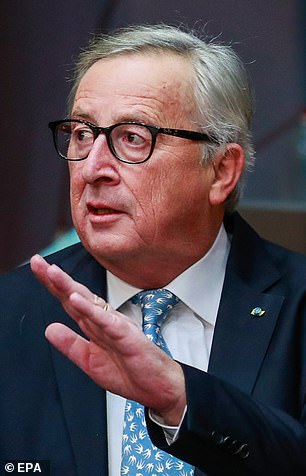 Amber Rudd, left, has taken aim at European Commission president Jean-Claude Juncker, right, over his behaviour towards women including Theresa May

She told The Daily Telegraph: ‘It’s grotesque. I mean, if that happened in our parliament I hope there would be a formal complaint.

‘When I used to go the EU for meetings, I often had a terrible cold to insist that I didn’t get enveloped in a bear hug. All the EU commissioners love doing their big hugs.’

The sensational comments by the 55-year-old former Home Secretary come as parliament is embroiled in a sexism storm after Jeremy Corbyn appeared to call the Prime Minister ‘a stupid woman’ during a heated debate.

A former minister for Women and Equalities, Miss Rudd was sat on the front bench during Prime Minister’s Questions on Wednesday when the Labour leader allegedly mouthed ‘stupid woman’ at Mrs May.

Miss Rudd said: ‘He’s denied it but I’ve looked at it and it looks likely to me. I think the point is, it’s pretty rowdy in the House of Commons and pretty nasty in terms of the insults.

‘But he’s the leader of the opposition, he wants to be Prime Minister and I think it was quite revealing the way in a quiet moment he spoke about the Prime Minister.’

She criticised Mr Corbyn, claiming he and John McDonnell, the Shadow Chancellor, do ‘nothing’ to stop inappropriate language in the chamber.

She said: ‘I do find it ironic because Corbyn does generally try not to burnish his credentials as being a fair main, promoting equality and in fact it doesn’t feel like that when he’s in the chamber with some of the language he encourages around him.

‘Both he and John McDonnell are complicit in saying they oppose something but doing nothing to stop it.’ 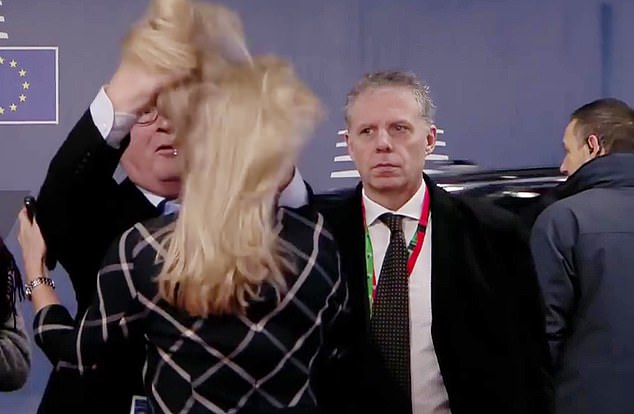 Juncker flips the hair of a woman at European Commission headquarters in Brussels, an episode which Miss Rudd called ‘grotesque’ 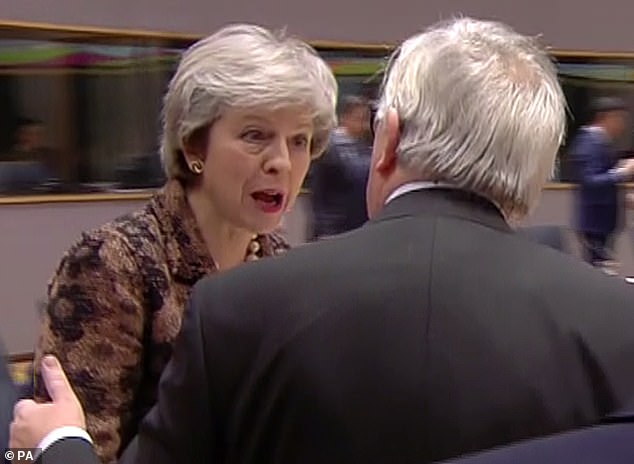 Miss Rudd said Speaker John Bercow handled Corbyn’s alleged comments in a ‘partisan’ way after Leader of the Commons Andrea Leadsom challenged him on his refusal to apologise to her for calling her a ‘stupid woman’ in May.

Mrs Leadsom challenged the Speaker in response to his suggestion that any MP using inappropriate language should apologise to the House.

‘Why it is that when an opposition member found that you had called me a stupid woman, you did not apologise in this chamber?’ she asked.

Commending Mrs Leadsom’s response to Bercow, Miss Rudd said: ‘I think Andrea Leadsom’s response was masterful. (Bercow) is increasingly looking like a man who has some questions to answer about some of the comments he’s made to some of my colleagues.’

Bercow has said publicly he will step down next summer, following Brexit.

The MP for Hastings and Rye said she had received death threats during the last election campaign, including a ‘very nasty time’ from the hard left in her constituency.

She said: ‘Some gave me a very nasty time from the hard left in Hastings as most Conservative – particularly women – MPs did and still do to a certain extent. They still put up horrid posters.’

She recalled being handed some ‘training videos’ to watch overnight by a senior male executive at JP Morgan, the investment bank. 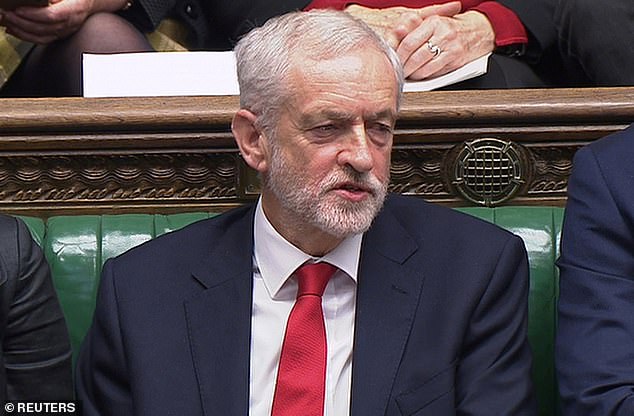 ‘It was 1986 and everybody was bullied in those days. They just bullied the young women in a kind of sexual way.’

Miss Rudd was married to the late writer and critic AA Gill and the pair had two children – Flora and Alasdair – together. They divorced in 1995 after she learned he had being having an affair with Nicola Formby, a South African model.

It proved a difficult time for her, as she admits to struggling to adjust to life as a single mother, and escaping her former husband’s shadow.

She said: ‘It’s very difficult to change your approach to how you see yourself when you suddenly get divorced. And you have to think again over the next few years, how you’re going to earn your income, how you’re going to run your life. You have to identify as a single mother rather than as part of a family.’

‘I had a very privileged upbringing but it was difficult to work out how I was going to manage to make it work financially given that I was also looking after two children at home.’

‘He [Adrian] was very dominating in my life. Even when we were divorced everyone was like, ‘Oh, is that what Adrian thinks?’ It got a bit irritating.’